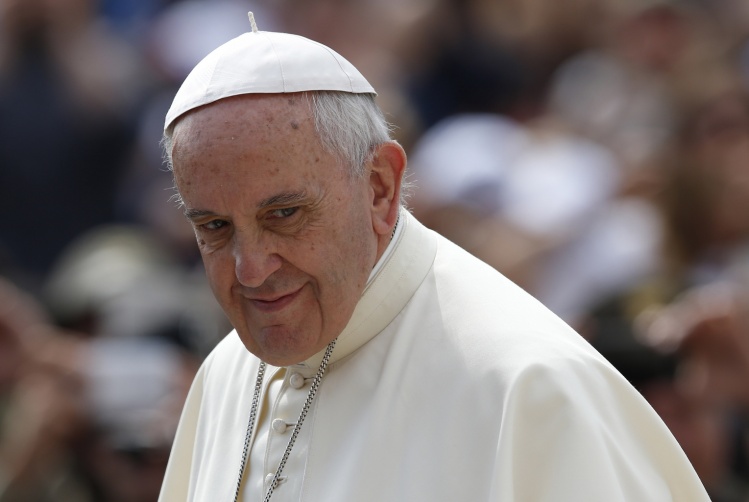 The Vatican this weekend will finally make official what Catholics around the world have known the past thirty-five years—that Archbishop Oscar Romero died as a martyr for the faith.

His beatification ceremony on Saturday in San Salvador is expected to draw some 250,000 or more worshipers. It will also authorize March 24, the day in 1980 when he was murdered while celebrating Mass, as the liturgical feast of the man so many already call, “Saint Romero of the Americas.”

Oscar Romero is just the latest of some 683 new “blesseds” and 843 new saints that Pope Francis has declared in just a little over two years as Bishop of Rome.

John Paul II canonized 482 people and beatified another 1,342 during nearly twenty-seven years as pope, while Benedict XVI declared 45 saints and 843 blesseds during his almost eight years as pope.

Francis jumped way ahead of his two predecessors already at his very first saint-making ceremony when he canonized the 813 Martyrs of Otranto. But even if you count this group as one, the current Pope has still added twenty-two new saints’ feast days to the church’s liturgical calendar.

He has already presided over five separate canonization ceremonies and will hold a sixth next September when he makes Junípero Serra a saint during a visit to the United States. At this pace he will soon overtake Benedict XVI who presided over only ten such ceremonies. John Paul II, who was known as the “Saint Maker,” celebrated fifty-one canonization Masses.

If Benedict was seen to have slowed down the Vatican’s saint-making machine, Francis seems to have kicked it back into overdrive. Just look at the number of beatifications ceremonies that have take place these past fifty months. There have been thirty-six of them. Cardinal Angelo Amato, prefect of the Congregation for the Causes of Saints, has led all but four of these ceremonies, while the pope has presided over two.

During Benedict’s pontificate 111 beatification ceremonies took place; during John Paul’s long reign 147 were held. At the rate he’s going, Francis would match the first figure in the sixth year of his pontificate and second just two years later.

“The pope is absolutely not isolated. On the contrary, the church—the entire church—loves him and is following him faithfully.”

And, not only that, reports that claim he has “enemies” and “adversaries” in the Roman Curia and among some cardinals are patently "false." Indeed, the entire College of Cardinals has placed its “highest trust” in Pope Francis and every single one of its members would give his blood for this man in whom they have pledged “obedience and filial respect.”

If you need proof, just consider that it’s “always the same journalists and same periodicals” that continuously churn out these nasty reports about interchurch squabbles. Such pieces, and the scribes that pen them, are usually “ideologically biased”.

That’s the view of Cardinal Agostino Vallini, the Pope’s vicar for Rome. And if you’re buying his line, then I’ve got some swampland to sell you in Florida.

The 75-year-old cardinal made his denunciation of what he apparently believes to be mere journalistic fabrications in an interview this week with the Diocese of Rome’s online news and information paper, Roma Sette.

Perhaps he felt he needed to do so as a way of protecting the simple faith of the proverbial “pious old grannies” and the naïve lay folk in the Pope’s diocese. But people are not so stupid, especially not the Romans, and to treat them as such is paternalistic.

Cardinal Vallini has been the Pope’s vicar (basically, surrogate head of the diocese) since 2008. Before that he spent four years as prefect of the Apostolic Signatura, the Church’s highest court.

So he’s no simpleton. And he’s not an outsider.

As a member of several Vatican commissions and offices he knows full well that not everyone is on board with Pope Francis’s vision for the Church or his program for reform. It is a “false reading” of the situation (to use the cardinal’s words) to pretend they are.

Given the content of Cardinal Vallini’s remarks, it seems pretty clear that one of the non-identified journalists he had in mind was Massimo Franco.

A highly regarded columnist for Italy’s best-selling daily, Corriere della Sera, Franco published an interview last week with Archbishop Victor Manuel Fernández, a theological advisor to Pope Francis and rector of the Catholic University of Argentina. The archbishop spoke quite matter-of-factly about the pope’s internal enemies, the ones whose very existence the cardinal has denied.

Well, Franco was back again this week with a new article that re-emphasizes and expands on Archbishop Fernández’s assertions. He again claimed that twenty percent of those working in the Roman Curia were hardcore supporters of Francis; seventy percent formed a “silent and indifferent majority” that was cooperating with him, but already looking forward to his successor; and that a another ten percent constituted real “enemies of the Argentine pope, even if non-declared.”

But the author then asserted that many of the diocesan bishops in Italy were also disillusioned with the pope. He quoted one unnamed prelate as saying, “When he’s speaking about bishops, this pope who shows such great mercy towards everyone, seems inclined to use the stick.”

The comment apparently came after Francis addressed the Italian Episcopal Conference on Monday evening at the start of their general assembly. Among other things, he told the bishops not to meddle in politics, to speak out more forcefully against corruption in society and to stop trying to tell Catholics what to do all the time in those areas that rightly belong to the competence of lay people.

“The laity that have an authentic Christian formation don’t need pilot-bishops, pilot-monsignors or clerical input for them to assume their responsibilities at all levels, from political to social issues, and from the economic to the legislative (realms)! Instead, they need pastor-bishops!” the pope said.

And as if that wasn’t enough of a knock on their heads, he told the Italians they needed to work more collegially.

“One sees in some parts of the world a widespread weakening of collegiality," he said. “The practice of verifying the reception of programs and the fulfillment of projects is lacking; for example, conferences or events are organized that feature the same voices and that put people to sleep, rubberstamping decisions, opinions and persons.”

The Italian bishops are wondering if the pope has issues with all men that wear miters. Or just with them.