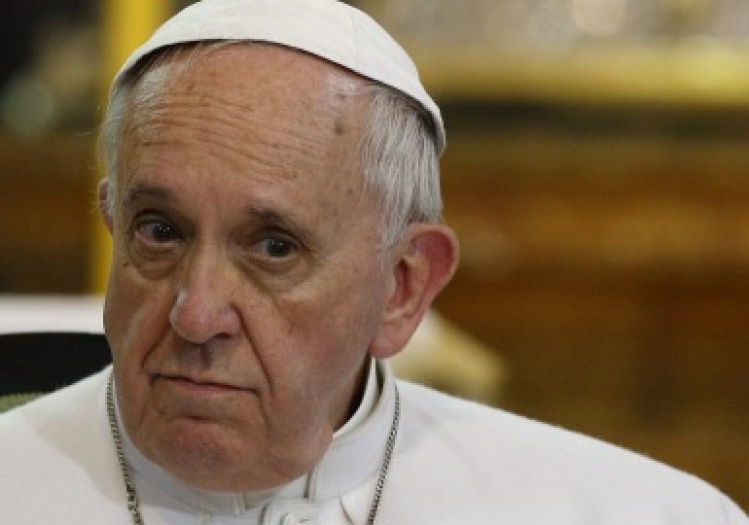 Oversized tour buses are beginning to multiply almost magically in and around the Vatican and Rome’s historic downtown. That’s the telltale sign that Holy Week – and, with it, a huge surge of tourists – is just around the corner. Pope Francis will usher in the church’s most sacred period of the year this weekend in St. Peter’s Square with Mass to mark Palm Sunday and the Lord’s Passion. Tens of thousands of worshipers are again expected to join him for what is always a colorful and moving liturgy. It begins under the huge obelisk in the middle of Catholicism’s most famous piazza, where the Bishop of Rome blesses palm fronds and olive branches. Then he and scores of bishops and cardinals, all draped in red chasubles, process towards the altar that rest on the steps just below the massive façade of St. Peter’s Basilica. The liturgy begins at 9:30 a.m. and, hopefully, all those who wish to participate will remember to turn their clocks forward one hour before going to bed Saturday night (Europe moves to Daylight Savings Time this weekend). Pope Francis will follow the longstanding Vatican routine and preside at eight different liturgies and ceremonies taking place between Mass on Palm Sunday and his Urbi et Orbi address (to the city and the world), which he will deliver after leading another outdoor Eucharistic celebration on the morning of Easter Sunday. Continuing a custom he began when he was “bishop in the other diocese” (as he likes to say), Francis will celebrate the Holy Thursday Mass of the Lord’s Supper in a prison. He will wash the feet of inmates at the Rebibbia Detention Centre on the outskirts of Rome. And, as in the past, some of them will be women.

“Francis does not like clericalism. He hates it!” Thus declared Cardinal Walter Kasper at a lecture last week here in Rome. The occasion was the launching of the English edition of his latest book, Pope Francis’ Revolution of Tenderness and Love (Paulist Press). The eighty-two-year-old cardinal, who has become the de facto theologian of this pontificate, drew many chuckles and had lots of heads nodding in agreement during his forty-five-minute talk. Naturally, mercy was one of the major themes he focused on. He said by making it the centerpiece of his preaching and ministry, the pope “stands in the tradition of many saints in the church, especially the holy women Catherine of Siena and Therese of Lisieux.” He hinted that some people, including priests, were uncomfortable with this emphasis on mercy because they see it as soft-pedaling doctrine. “Mercy is not against the commandments; it is a commandment, and it is not an easy thing,” the cardinal said. He also spoke about the next session of the Synod of Bishops in October, which will try to map out pastoral guidelines for strengthening marriage and family life and ministering to those in difficult family situations. “We should all pray for it because a battle is going on,” he said, specifically referring to the heated debate over the issue of opening the sacraments to those in irregular marriages. “Hopefully, the synod will be able to find a common answer, with a large majority, which will not be a rupture with tradition, but a doctrine that is a development of tradition,” he said. Cardinal Kasper said the pope was eager to develop and strengthen synodality in the Church, which he called the “more ancient form” of governance. “Synodality does not weaken the papacy,” he said. Rather, it complements and correctly balances it.

The number of men studying for the priesthood has dropped for the second year in a row, according to the latest Vatican figures. The latest Statistical Yearbook of the Church has just come out and it shows that the number of seminarians declined by 1.5 percent between 2012 and 2013, the most recent period under review. In real figures, that’s a loss of eighteen-hundred priesthood candidates – down from 120,051 to 118,251 men. That loss is actually more than three times higher than the period between 2011 and 2012, which saw a decrease of only five hundred and sixty-five seminarians. These last two periods reverse an eight-year trend that saw small increases each year from 2003 to 2011 when the number of those preparing for priestly ministry peaked at 120,616 students. To summarize, the Catholic Church now has 2,365 fewer seminarians than it did two years earlier. That’s a two percent decline. On the upside, the number of priests increased by just over a thousand between 2012 and 2013 to reach 415,348 ordained presbyters. But, as everyone knows, these are not sufficient numbers to replace a priestly workforce that, in most parts of the world, is top-heavy with aging and already “retired” men. The world’s bishops need to pull their heads out of the sand and confront a situation that has been growing more and more critical the past forty or more years. If the figures in the Statistical Yearbook are reliable, the number of Catholics continues to increase every year. By the end of 2013, the worldwide Catholic population had surpassed 1.253 billion, an increase of about 25 million, or 2 percent. The general population around the globe, of which Catholics make up 17.7 percent, grew by only 1 percent. So why are there fewer seminarians? Have there been massive dropouts the past couple of years? And is that rabid anti-clericalist that lives at Santa Marta part of the problem? It doesn’t matter. The only answer most of our bishops can muster is always the same – pray for vocations.