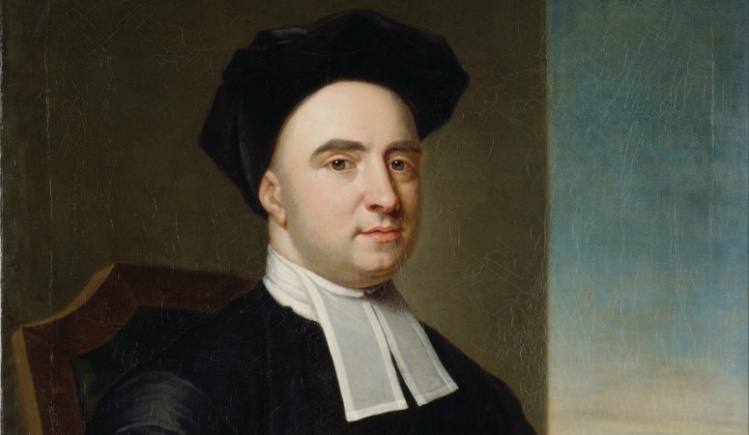 George Berkeley (1685–1753), the Anglican bishop of Cloyne in County Cork, Ireland, was one of the most interesting men of his age, perhaps of any age. He was the philosopher who argued—he called it “common sense”—that matter did not exist, and that the objects we perceive are really “collections of ideas.” When James Boswell, the biographer of Samuel Johnson, said to his hero that Berkeley’s opinion was impossible to refute, Johnson kicked a large stone, saying “I refute it thus.” Yet Johnson thought Berkeley “a profound scholar, as well as a man of fine imagination,” as Boswell recorded in 1763 in his classic biography of Johnson. And almost two centuries later, Bertrand Russell, while rejecting as “a complete mistake” Berkeley’s belief that “only minds and mental events” exist, nevertheless judged him to be “a very attractive writer, with a charming style.”

Bishop Berkeley’s major book is A Treatise Concerning the Principles of Human  Knowledge, but he is also the author of a much more accessible and still timely work titled Maxims Concerning Patriotism. Though his Maxims may be one of his minor works, it stills makes for interesting reading today, for patriotism, then as now, calls up a number of strong emotions and inspires both heroism and mischief. Bishop Berkeley’s maxims are correctives to the abuses of patriotism.

All the usual villains are there in his forty-two maxims, plus a few surprises: those who love money and power; those who cheat at cards; those who sullenly love no one; those who say there is no such thing as an honest man; those who rage, rail, and rave. None of these people, in his opinion, can be a patriot. He also cautions the reader to watch out for “gamesters, fops, rakes, bullies, stockjobbers: alas! what patriots!”

But Bishop Berkeley was far from being a naysayer only. He saw the value of patriotism.  Patriots, he writes, are those who wish and work for the public good, who never barter public money, who admit that honest men can differ, and who consider themselves part of the whole. While occasionally vague and sententious—“Where the heart is right, there is true patriotism”—he can also be incisive, as in Maxim 41: “A patriot will esteem no man for being of his party.”

Samuel Johnson is the author of the best-known remark on the subject of patriotism. According to Boswell’s report, it was on April 7, 1775, in a London tavern, that he uttered his famous remark that “patriotism is the last refuge of a scoundrel.” Boswell goes on to write that Johnson “did not mean a real and generous love of our country, but that pretended patriotism which so many, in all ages and countries, have made a cloak for self-interest.” (It is to Johnson’s credit that he also said to Boswell: “Sir, you have but two topics, yourself and me. I am sick of both.”)

Bishop Berkeley’s maxims befit a philosopher and a man of faith. Johnson’s remark is the more memorable, but Berkeley’s forty-two maxims have the rightness of long reflection. “To be a real patriot,” he writes in Maxim 15, “a man must consider his countrymen as God’s creatures, and himself accountable for his acting towards them.” It is encouraging, I think, when an official of a church hangs his chasuble on a hook for a while and looks at life without benefit of his official position. We also need to hear from that other part of a person in authority, the individual lurking beneath the miter.

The Maxims were first published in 1750 and were then said to be written “by a lady”—his wife may have contributed to them. Berkeley was then nearing the end of a very full life, which had included, in 1728, an abortive attempt to establish a college in the Bermudas “for the Christian civilization of America.” He also lived for three years in a house near Newport, Rhode Island, now called the Whitehall Museum House and open to the public. His mind never seemed to rest, whether he was investigating Irish social problems or inquiring into the virtues of tar water. Here indeed was a bishop for all seasons, who in Maxim 7 wrote that “it is impossible [that] a Man who is false to his Friends and Neighbours should be true to the Public.” Amen to that.