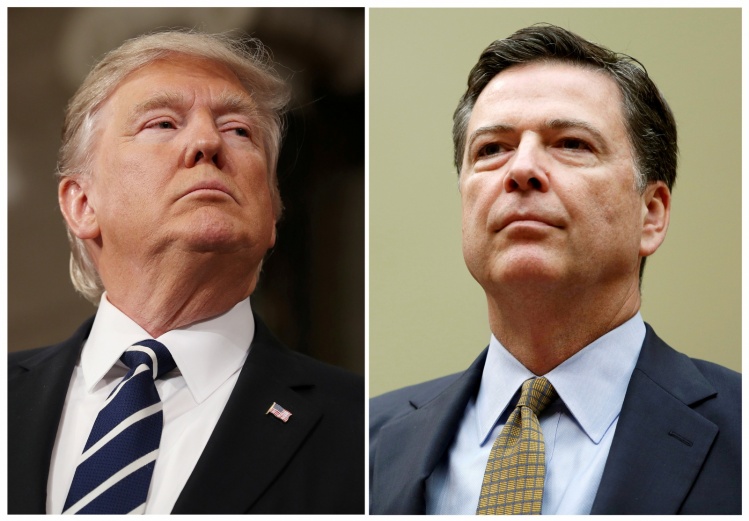 I write in praise of leaks.

I’m talking about those so-called “deep-state” disclosures of confidential government information handled by intelligence and law enforcement authorities—leaks about the investigation of ties between Donald Trump’s circle and Russian officials. Before the president and his supporters complete the job of demonizing news media’s use of leaked information as a “witch hunt,” it needs to be said that for all the downside there is to relying on anonymous sources, leaks can also serve as democracy’s safety valve.

The Supreme Court’s ruling in the Pentagon Papers case—which thwarted the Nixon administration’s attempt to block publication of stories based on leaked Defense Department documents—spells out why that’s so. As Justice Hugo Black wrote in the 1971 decision:

Only a free and unrestrained press can effectively expose deception in government. …  In my view, far from deserving condemnation for their courageous reporting, The New York Times, the Washington Post, and other newspapers should be commended for serving the purpose that the Founding Fathers saw so clearly. In revealing the workings of government that led to the Vietnam war, the newspapers nobly did precisely that which the Founders hoped and trusted they would do.

The Nixon administration had argued that the “authority of the Executive Department to protect the nation against publication of information whose disclosure would endanger the national security stems from two interrelated sources: the constitutional power of the President over the conduct of foreign affairs and his authority as Commander-in-Chief.”

Justice Black’s opinion offers a history lesson on the crucial role of the press in checking presidential power. When the Constitution was adopted in 1789, many people opposed it because it did not specifically safeguard fundamental freedoms, he wrote. There was particular concern that the government might use its power to infringe on freedom of the press, religion, assembly, and speech. “In the First Amendment, the Founding Fathers gave the free press the protection it must have to fulfill its essential role in our democracy,” Black wrote. “The press was to serve the governed, not the governors.” James Madison designed the Bill of Rights to be what Madison called “an impenetrable bulwark” against abuse of power by the executive and legislative branches of government.

I recognize the danger of having government investigators leak details of incomplete probes. These leaks can be a prosecutorial tool for pressuring potential witnesses to cooperate, or for tarnishing the reputation of an investigative target. But getting matters out into the open can also be a way of preventing an investigation from being sidetracked. Far from being “cowardly,” as Trump has tweeted, those leaking information to the news media on the Russia probe are bravely risking the loss of their jobs and possible criminal prosecution.

Today’s circumstances differ from those in 1971. The Trump administration has not tried to enjoin publication of leaked secrets, as Richard Nixon did. It wouldn’t be possible, given the Pentagon Papers decision.

But there is a steady message from the Trump administration and some supporters that stories based on confidential government information are the result of a crime—a crime that is the supposed “real story” of the Russia probe. There is also much intimidation aimed at anyone who would cross Trump on the subject of the Russia investigation: former FBI Director James Comey; potential witnesses; investigators; news organizations with the know-how, resources, contacts, and courage to pursue the story.

But despite Trump’s efforts to discourage and discredit the investigation now headed by special counsel Robert Mueller, it is underway and, I believe, it will eventually sort out the facts, whatever they are. Various well-timed leaks to The New York Times and the Washington Post alerted the public to what was going on and built pressure for a meaningful investigation to be conducted.

This is not to say that all leaks are praiseworthy. Far from it. Nor would I argue that those who leak secret information to reporters always have pure motives (although sometimes it is in fact the case).

We are reminded once again of the Nixon administration in recalling that “Deep Throat,” the source Carl Bernstein and Bob Woodward used in uncovering the Watergate scandal, may well have had mixed motives, as Woodward has acknowledged:

In brief, [high-ranking FBI official W. Mark Felt] knew there was a cover-up, knew higher-ups were involved, and did not trust the acting FBI director, Pat Gray. He knew the Nixon White House was corrupt. At the same time he was disappointed that he did not get the directorship.

Some would go much further, contending that Felt’s motive was to be FBI director. In any case, the system of checks and balances the Founding Fathers created held, and news coverage aided by leaks played a role in assuring that. Whatever result Mueller reaches in his investigation, that may turn out to be the case once again.