Making my way into the depths of international news, I was surprised to read that Pakistan had said, "NO," to sending troops to back up the Saudi war againt the Houthis in Yemen. The Saudis have been bombing the Houthis trying to stop their advance into the south of Yemen. General opinion seems to be that bombing alone will not do it, hence the call for Pakistani troops since the Saudis appear not to have a serious ground force of the sort that would be required.

The Pakistanis said, no: their president said no, and then the Parliament voted no. Why? It was not entirely clear, especially since Pakistan is the recipient of very significant loans and gifts from Saudi Arabia as well as the Gulfies.

Here are two reports that provide more information and analysis.

Bruce Reidel at al-monitor reports on the Pakistani assessment and vote on the request and offers a brief analysis of the "no" vote.

Patrick Bahzad at Pat Lang's blog offers a more extended analysis and some interesting speculation on how the Iran nuclear agreement may be shifting the geo-politics of the region, including Pakistan's relations with Iran and China.

UPDATE: Another factor that came to light today: the Saudis wanted only sunni, not shiite soldiers from Pakistan. The Pakistani army is said to be 70 percent sunni and 30 percent shiite. Pakistan has enought troubles without igniting a sunni-shiia war on their own territory. 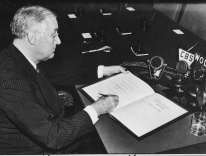