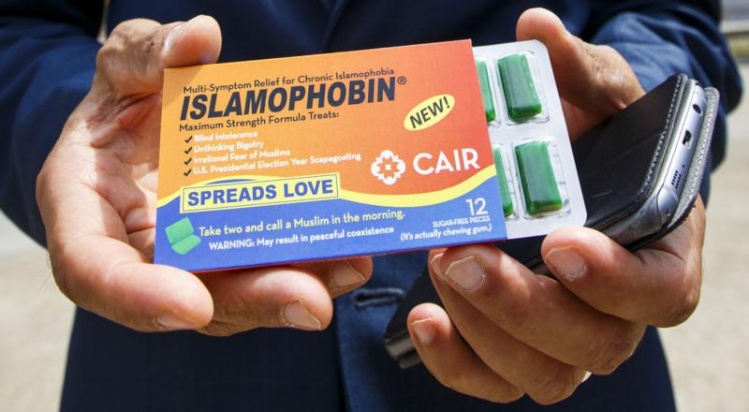 When I went to Catholic elementary school in the 1960s, the Crusades were taught as a glorious fight against the “Mohammedans.” One teacher said the next great war would be about religion, which presumably meant that we boys needed to be ready when called on to storm the bastions of atheistic communism.

That strain of the faith lingers in the anti-Muslim, Steve Bannon-style Catholicism found among some Baby Boomers and their elders, notwithstanding the new direction the Second Vatican Council charted in 1965 with Nostra Aetate, its document on relations with non-Christian religions. And, according to a study issued last week [.pdf] by Georgetown University’s Prince Alaweed bin Talal Center for Muslim-Christian Understanding and its Bridge Initiative, anti-Islam polemics find friendly platforms across substantial segments of the Catholic media. Meanwhile, the study reports, nine out of ten Catholics have never heard of Nostra Aetate, and only 16 percent surveyed in a poll said they knew about church teaching on Islam.

In Nostra Aetate the council stated that the Church “has a high regard for the Muslims” and expressed appreciation for the religiosity of Islam’s faithful. “Over the centuries many quarrels and dissensions have arisen between Christians and Muslims,” the document reads. “The sacred council now pleads with all to forget the past, and urges that a sincere effort be made to achieve mutual understanding.”

Since then, popes and others in the Catholic world, such as the Franciscan order, have steadily sought dialogue and cooperation with Muslims. Pope John Paul II, in particular, worked tirelessly at it. Pope Francis has too, while challenging the claims of anti-Islam polemicists that Islam encourages violence.

The Georgetown study covers a lot of ground, so I’ll focus on just one aspect: The attention it gives to the prolific author Robert Spencer, who runs the hardline website Jihad Watch. Spencer’s argument is essentially that Islam is inherently violent. He says Pope Francis was wrong for saying, “It’s not fair to identify Islam with violence. It’s not fair and it’s not true.” Spencer argues that the pope was also wrong when he wrote in Evangelii Gaudium that “faced with disconcerting episodes of violent fundamentalism, our respect for true followers of Islam should lead us to avoid hateful generalizations, for authentic Islam and the proper reading of the Koran are opposed to every form of violence” (No. 253). Further, Spencer counters John Paul II—who said Christians and Muslims worship the same God—by insisting that Vatican II’s call for dialogue must be qualified in light of earlier Church tradition, such as the teachings of Pope Callixtus III, whom he says pledged in 1455 to “exalt the true Faith, and to extirpate the diabolical sect of the reprobate and faithless Mahomet in the East.”

You get the idea. Spencer disagrees with the thrust of modern church teaching on Islam and Muslims. He is part of what the study calls the “Islamophobia industry,” inflammatory to the point that the British Home Secretary’s office, then under Theresa May, barred him from entering the United Kingdom because his views “foster hatred which might lead to inter-community violence.”

Nonetheless, according to the Georgetown study, he has a substantial Catholic media resume. It says he has published books with Ascension Press and Catholic Answers; contributed to an audio program of St. Joseph Communications; was described by the National Catholic Register as the “foremost Catholic expert on Islam in our country”; was quoted as an expert in an Our Sunday Visitor article on Islam and violence; wrote for Crisis Magazine and Catholic Answers; has given talks on Islam and violence at Franciscan University of Steubenville, some of which were televised on EWTN; was cited in Homiletics and Pastoral Review and Catholic World Report; and had his book Inside Islam: A Guide for Catholics, authored with Daniel Ali, carried in the bookstore of the Basilica of the National Shrine of the Immaculate Conception.

Some more than others have been featured in Catholic publications and venues in recent years, and one in particular, Robert Spencer, has exercised influence in conversations about Islam on the national stage. Spencer, and others who have been named as part of the Islamophobia industry, have contributed to the production of content for an American Catholic audience.

It is unclear whether Catholic publishing companies and media outlets are aware of these connections to the Islamophobia industry. In any case, they would do well to examine closely their content on Islam and its authors. In time of increased Islamophobia, Catholic publishers and media outlets should inform their readers of authors’ activities and their statements about Islam, particularly if they have generated controversy.

In other words, the study isn’t calling on any point of view to be repressed; it just asks media outlets to provide appropriate context. Which, I would add, is their job.

I should disclose that in the fine print of the 146-page study, I found that my book The Saint and the Sultan: The Crusades, Islam and Francis of Assisi’s Mission of Peace (Doubleday, 2009), was among the 100-plus books surveyed. (The director of the Bridge Initiative, Professor John Esposito, provided a comment for the book jacket.) The book draws a favorable picture of Islam—and I’ve always been grateful to the Catholic media for getting the word out about it, and to the many Catholic institutions that have given me a forum to speak on Francis of Assisi’s encounter during the Fifth Crusade with Egypt’s Sultan Malik al-Kamil.

I found that many Catholics are willing to listen.

Talking with the enemy