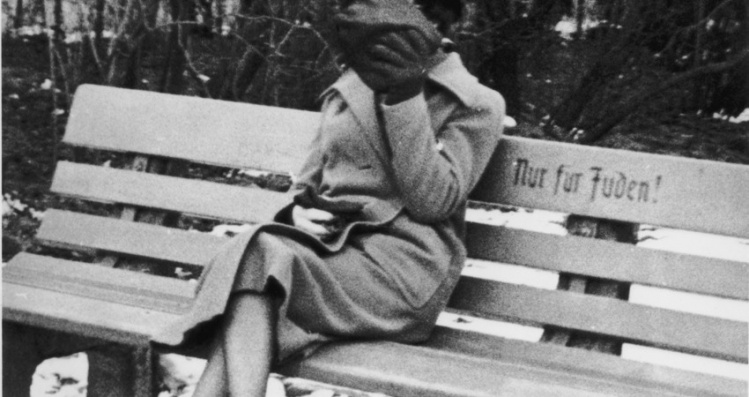 Four young Jewish men, between the ages of twenty-one and thirty-four, are seized by members of the SS, sent to a Nazi concentration camp, and soon thereafter murdered. This hardly sounds like the stuff of a promising original historical study. After all, millions of Jews throughout Nazi-occupied Europe faced an identical fate. Indeed, at first glance we might be struck not by the fact of the murders but by the fact that the four survived as long as they did while in captivity. Jews deported to the three pure extermination facilities constructed by the SS in 1942 were usually dead within three hours of their arrival. These four, by contrast, survived three weeks of camp life before meeting their deaths.

What makes these murders the worthy subject of Timothy Ryback’s arresting new book, Hitler’s First Victims: The Quest for Justice, is their timing. The destruction of Europe’s Jews was concentrated between early 1942 and late 1944. These men were murdered in mid-April 1933, that is, less than three months after the elderly Reich president Paul von Hindenburg reluctantly named Adolf Hitler chancellor on January 30, 1933. No sooner had Hitler taken office than the Nazis opened their first concentration camp near the lovely town of Dachau, on the outskirts of Munich. Designed to keep political enemies of the regime in preventive detention, Dachau, almost from the day it opened its barbed-wired gates became a place of abuse, torture, and killing. The four Jews shot on April 12, 1933, (three died on the spot, while the fourth succumbed to his wounds several days later) thus represented some of the very first persons to be sent to Dachau and to die there.

As Ryback shows, the shootings occurred at a time when the killing of Jews arguably still counted as murder. Later, as the Holocaust unfolded, this would cease to be the case. In the later years of the Reich, SS courts came to recognize three forms of acceptable or lawful killing: euthanasia, “lawful” executions at concentration camps (that is, as punishment for any variety of acts, from attempted escape to an inability to work; the point was not to pass judgment on the reason for the execution but simply to require that a reason existed), and the officially decreed extermination of Jews. None of these acts constituted crimes under SS law. SS law continued, however, to hold the murdering of Jews without prior order as a punishable offense. Herding Jews into gas chambers or shooting Jews in mass graves was acceptable and approved conduct, shooting Jews for sport was not. But even here, SS courts treated the unauthorized killing of Jews not as murder or even manslaughter but as acts of disobedience or lack of discipline.

Postwar German courts obviously rejected this doctrine, and instead reasoned that those who ordered, organized, and participated in the Holocaust had violated the German law against murder in place during the Nazi era. But in holding that even Hitler could have been tried under the operative law of the Third Reich, postwar German jurists overlooked the inconvenient fact that the Führer’s orders had enjoyed the status of law. To claim that Hitler had violated Reich law was, then, incoherent. This holding might have been a necessary legal fiction to enable postwar trials, but it obscures the power of criminal states to pervert the content of law.

Ryback returns us to a time when things were still very different. The spring of 1933 was a moment of dramatic political transition as the Nazis moved quickly and decisively to reshape the German political landscape. Yet this was also a time when an enfeebled Hindenburg could still call Hitler to account for his party’s vulgar racial politics and when news of the killings at Dachau could still elicit a strong response from the likes of Josef Hartinger, a young deputy prosecutor in Munich. Conservative in his politics and devout in his Roman Catholic faith, Hartinger was a bright and hard-working civil servant, unyielding in his dedication to the rule of law. Hartinger aggressively investigated the untoward happenings at Dachau at a time when it was rapidly becoming professionally costly but not yet explicitly dangerous to do so; a dogged prosecutor like Hartinger could still face down the commandant of a concentration camp and demand access to a crime scene.

That Hartinger ultimately failed in his effort to bring the SS men at Dachau to justice is less than surprising. Perhaps more unusual is the fact that he managed to indict several camp staff, albeit for killings that occurred some weeks after the murder of the four Jews. Alas, these indictments were quashed as Hartinger’s superior, Karl Wintersberger, a chief prosecutor who a decade before had intrepidly and successfully tried Nazi thugs, now lost his nerve, giving Heinrich Himmler, the head of the SS, and Hitler the opportunity to intervene to protect their henchmen.

The story is fascinating in its own right, and Ryback tells it well, helpfully illuminating the escalating tensions between Bavarian jurists and statesmen and freshly installed Nazi politicos. But Ryback goes too far in his insistence that the four murdered Jewish men be counted as the Holocaust’s first victims. From the beginning, virulent anti-Semitism was a keystone of Nazi politics, as was a commitment to violence and terror as a means of destroying political opposition. All the same, if we compare the Nazis’ notoriously anti-Semitic Nuremberg law of 1935 to Jim Crow laws then in place in the American South, we may be struck by the similarities. It was not until years later, after the Wehrmacht’s invasion of the Soviet Union, that Nazi policy regarding the Jews began to assume the shape of an all-out campaign of extermination. The murders in Dachau might have offered a glimpse of what was to come, but just a glimpse. More persuasive is Ryback’s claim that it all might have been very different if more Germans had behaved like Hartinger, who, after all, survived the Reich even if he never realized his dream of becoming chief prosecutor. Even if we cannot say for sure that the catastrophe was preventable, we can certainly agree that the failure to act with determination and courage made it all the more inevitable.

Lawrence Douglas is Professor of Law, Jurisprudence, and Social Thought at Amherst College. He is the author most recently of The Catastrophist, a novel.