Hillary Clinton & the Art of Jujitsu 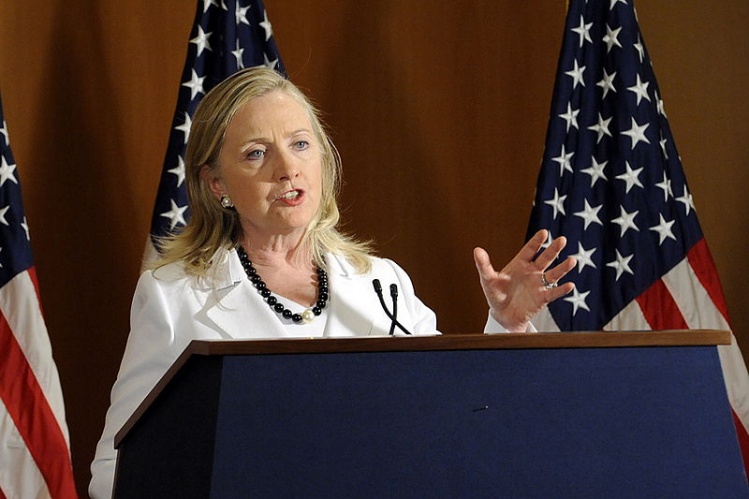 Hillary Clinton is tied as closely as a candidate can be to two Democratic administrations past. But she intends to wage her presidential campaign around a rich menu of policies and plans that are about the future.

She has been in our national consciousness so long that she has little room to invent a New Hillary -- a confection that, in any event, would be mocked in our multimedia age so often driven by cynicism. But she can encourage voters to look at the Clinton they think they know in a different light. They might begin to view traits her enemies deride as, instead, necessary virtues in a time requiring toughness and resilience.

She confronts a political discourse drenched in the clichés of political positioning -- about moving left or right, “rallying the base,” “recreating the Obama coalition.” But like her husband before her, Clinton is trying to forge a new consensus and is unashamed to pile up policy proposals: on family leave, child care, college affordability, incentives to employers for higher wages, immigration reform, clean energy and limits on the power of wealthy campaign donors.

Her platform is more progressive because the political center is in a different place in 2015 than it was in 1991 when Bill Clinton touted his “New Covenant.” Americans are more socially liberal now. The financial implosion of 2008 fostered a deep skepticism about Wall Street. Growing resentment of inequality, stagnating wages and blocked social mobility is justified not by ideology but by the often bitter facts about contemporary capitalism.

Hillary Clinton’s kickoff on Saturday sent all these messages. The venue itself, Franklin D. Roosevelt Four Freedoms Park, oddly captured the vast diversity and glorious contradictions of the country she hopes to lead.

In the heart of New York City, she found a pastoral setting on Roosevelt Island in the East River that, from some camera angles, appeared to have been imported from the Midwestern heartland where she was raised. Clinton was surrounded by trees, lushly green at the end of spring, as eleven American flags flapped in the wind behind her. Other perspectives caught the skyline of the big city. It included the World Trade Center’s new Freedom Tower, a reminder of the tragedy of Sept. 11, 2001, that shook the nation, united it, and then led to a divisive and dispiriting era of wars that seemingly have no end.

Saturday was an occasion for her brand of political jujitsu. Clinton’s Republican foes cast her as the candidate of the past, but it was the GOP, she insisted, whose ideas come from long ago and far away. Her Beatles reference -- “They believe in yesterday” -- may have been corny, but it made her point. Her lengthy list of the things government needs to do in the 21st century to create “real and lasting prosperity ... built by all and shared by all” punched her argument home: A party with a 19th-century view of capitalism and the state is not up to the job.

To those who think Clinton is rather old for a presidential candidate, she didn’t deny her years but embraced them by way of emphasizing what would be genuinely innovative about her election. “I may not be the youngest candidate in this race,” she said. “But I will be the youngest woman president in the history of the United States.”

Above all, she took all of the blows against her and turned them into badges of endurance, toughness and empathy for those who have to come back “no matter what the world throws at you.” Her campaign, she said, echoing a favorite line from her 2008 run, was “for everyone who’s ever been knocked down, but refused to be knocked out.”

Lest anyone miss the theme, the playlist for the event included Taylor Swift’s “Shake it Off” and Kelly Clarkson’s sprightly declaration that “what doesn’t kill you makes you stronger” (and also “makes a fighter”). Clinton’s campaign is a test of Clarkson’s propositions.

By rooting her effort in a comprehensive list of reforms, Hillary Clinton is making a bet and issuing a challenge. The bet is that voters will pay more attention to what she can do for them than to what her opponents will say about her.

The challenge is to her Republican adversaries: Can they go beyond low-tax, anti-government bromides to make credible counteroffers to the nurses, truckers, factory workers, and food servers whom Clinton made the heroes of her Roosevelt Island narrative about grace under pressure? Finally, the battle has been joined.

Health Care: Easier Than It Looks