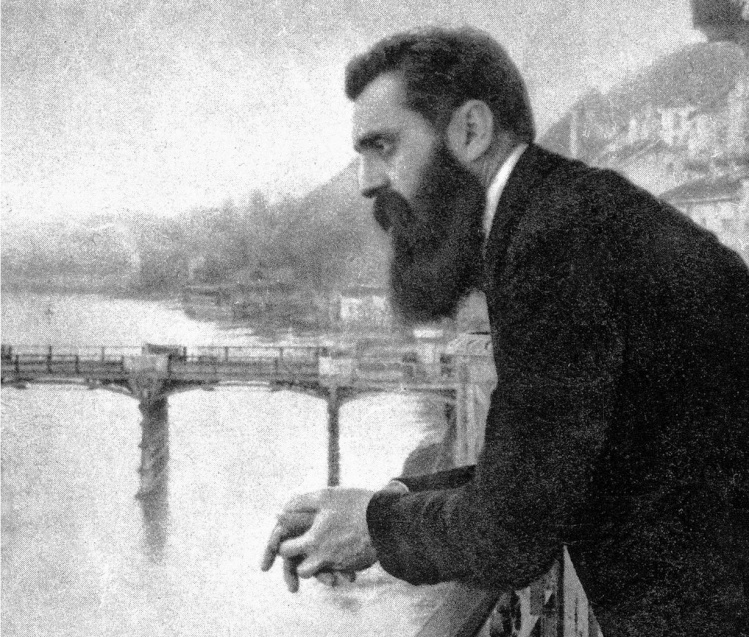 Accepting the Ben Hecht Award for Outstanding Journalism from the Zionists of America in September 2012, David Horowitz, the right-wing activist and anti-Muslim provocateur, surely surprised his listeners with a confession. “I have never actually been a Zionist or made a case for Zionism,” he acknowledged, before adding “in the sense that Herzl and traditional Zionists understand it.” I am not inclined to agree with Horowitz on much, but on this he was completely correct. Theodor Herzl was a product of the intellectual turmoil dominating Europe at the end of the nineteenth century: romantic, idealistic, cosmopolitan, humane, and committed to blending nationalist fervor with universalist ethics; Horowitz, by contrast, is none of those things.

Shlomo Avineri’s Herzl’s Vision brings out the milieu from which Zionism’s greatest thinker and publicist emerged better than any other book on Herzl I’ve read. Israel’s most distinguished living political scientist, Avineri makes no direct connection between the events of the late nineteenth century and the political situation facing his country today. But he doesn’t need to: Horowitz, who describes himself as wanting “muscular Jews” and a “muscular Israel,” clearly has more in common with right-wing Israeli leaders such as Naftali Bennett and Avidgor Lieberman than Avineri. By writing about Herzl, Avineri is reminding his readers, including, one hopes, the more nationalistic ones, that the Zionists who inspired Jews from around the world to leave their homes for an uncertain future in a foreign land were seeking to create not just a nation state but one that would, in Jewish terms, help repair the world.

Observing the Dreyfus case as a journalist for Vienna’s Neue Frie Presse and astonished by the vicious anti-Semitism on display, Herzl came to the realization that only in a country of its own could worldwide Jewry be saved, or so the conventional story goes. Avineri does not so much challenge this account as tweak it in two important ways. Nowhere in his diaries or articles on the case, Avineri first points out, does Herzl assume the mantle of Emile Zola; indeed, throughout the trial and sentencing of the French officer, Herzl, who rarely pointed out that Dreyfus was Jewish, also came to believe that he was guilty; only later, when the full implications of the case were thoroughly digested, did Herzl come around to the position so often attributed to him. It makes far more sense, then, to conclude, as Avineri does, that “it was not the trial of Alfred Dreyfus, but Herzl’s long analysis of the failure of emancipation and the rise of German and Austrian anti-Semitism that led him to his radical conclusions.”

This way of thinking ties in directly with Avineri’s second point: Modern anti-Semitism is focused primarily on the historically unprecedented amount of assimilation late nineteenth-century Jews were undergoing. Jews had always been hated by those with whom they lived, often by ordinary people warped by religious intolerance, superstition, and twisted understandings of their own religious heritage. But the kind of hatred that moved Herzl “was a novel phenomenon, a product of the Enlightenment itself.” Older forms of anti-Semitism hated Jews for their religion. The newer forms hated Jews for their identity. Jews were not despised because they were different but because they were all too similar; they showed an astonishing ability to succeed in formerly Christian-dominated professions, once careers became open to talents. “Racial anti-Semitism,” Avineri writes, “was from the start an intellectual movement, its claims grounded, according to its advocates, in the discoveries of biological and anthropological sciences in the wake of Darwin’s doctrine of the survival of the fittest.” Because modern anti-Semitism was justified by an appeal to the intellect, it required stronger countermeasures than a mere appeal to the emotions.

And so this wandering journalist and playwright, without any diplomatic status or political influence, began his endless efforts to seek meetings with Europe’s most prominent leaders for the purpose of winning their support for the idea of a Jewish state. The effort was not as utopian as it is sometimes portrayed; hating the Jews, men such as Vyacheslav Plehve, Russia’s interior minister, did not mind seeing them relocated elsewhere. Herzl was not averse to such hostile motivations; if anti-Semitism was necessary to create a Jewish state, he would work with anti-Semites.

For similar reasons, Herzl, moved by the need to do something quickly for the Jews being massacred in the Kishinev pogrom of 1903, engaged in what Avineri calls “his biggest political blunder”: supporting the possibility of moving Jews to Uganda, a place where, as Britain’s Joseph Chamberlain put it, “there were yet no white people.” It was in part his sense of urgency that led Herzl down the wrong path. But it was also the difference between a cosmopolitan German-speaking Central European intellectual and the masses of Yiddish-speaking Jews whose attachment to Zion was rooted in language, memory, and the sacred territory called Palestine.

Herzl’s great discovery, as Avineri tells the story, was his understanding of the Jewish problem as a political issue. Jews did not need advancement or the respect of Christians to strengthen themselves; they needed a state in the same way that other oppressed national minorities did. Herzl’s 1896 book The Jewish State reached a huge audience and literally changed, both for Jews and gentiles, how the Jewish question was understood. The early Zionists were a contentious bunch and at their annual congresses—a tradition also begun by Herzl—debates abounded. Just before the first Congress, which took place in Basel in 1897, Herzl wrote that “the Jewish Question has become the Question of Zion.” He was wrong in the short term but, more important, right in the long term.

Herzl and Avineri have one thing in common: both are men of ideas. As a student of political philosophy, Avineri does a first-rate job describing what Herzl’s ideas actually were. It is not just The Jewish State that attracts his attention. Avineri wrote the introduction to a three-volume collection of Herzl’s diaries, which, as it happens, contain fascinating glimpses into the Zionist leader’s boasts, fantasies, and fears. He pays significant attention—in my view too much attention—to Herzl’s plays and his one venture into utopian speculation Altneuland (Old-New Land). Avineri’s portrait of Herzl as a thinker and activist is compelling. Herzl loved Wagner’s Tannhäuser. He insisted that delegates to the First Zionist congress dress in formal clothing to impress on observers their seriousness. He worked on rapprochement with the Arabs long before there was a Jewish state. One wants to call Herzl a luftmensch except that his vision became a reality.

For all the new material Avineri has uncovered, and in spite of his ability to clarify complex political concepts, his book still leaves much about Herzl unexplored. Herzl was born in Pest, Hungary, in 1860. Four years earlier and just less than three miles away, Sigmund Freud was born in the Moravian town of Pribor. The fact that the two greatest Jews produced by the Austrian-Hungarian Empire came into the world at such proximate times and places suggests that some psychological speculation of Herzl might not be out of order. Knowing the man’s ideas, one wants to know more of the man.

Avineri chose instead to ignore large chunks of Herzl’s personal life; we are told that he had an unhappy marriage, but there’s no speculation about why, just as we learn that he died young but not what killed him. (It was pneumonia.) Perhaps Avineri believes that psychology is not his métier, or maybe he thinks it is irrelevant. In this case, its absence is the only flaw in an otherwise wonderful book.

One can only imagine what Herzl would think if he visited Israel today. My sense is that he would be as proud of its culture and entrepreneurism as he would be appalled at its treatment of its non-Jewish citizens. Of course it is impossible for Herzl to return. But it is not impossible for today’s Israelis to pay more attention to their country’s key founding father. If they did, they might come to realize that treating the Jewish question as a military question will not solve anything.

Why Lincoln Matters by Mario MCuomo