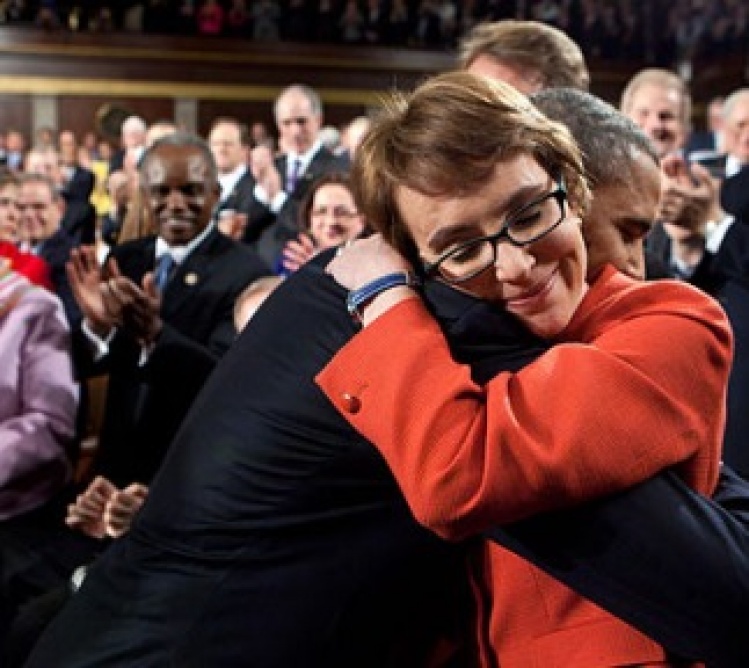 The first and most important victory for advocates of sensible gun laws would, on almost any other matter, seem trivial. But when it comes to firearms, it's huge: Since the tragedy at Sandy Hook Elementary School, attention to the issue has not waned and pressure for action has not diminished.

Please don't dismiss this achievement. Consider that until so many children were gunned down, the National Rifle Association and the gun manufacturers for which it speaks were able to block calls for a legislative response in the wake of one massacre after another.

After the shootings at a Colorado movie theater last summer, politicians were quickly intimidated into reciting bromides that drowned a real debate in blather. Nothing happened.

And nothing happened in January 2011 after the mass shooting at a town meeting in Tucson, Ariz., where Rep. Gabby Giffords was shot in the head. Six people were killed and thirteen others, including Giffords, were wounded.

Her gradual recovery has been a miracle of modern medicine and her determination. Now she and Mark Kelly, her astronaut husband, have been moved by the Newtown shootings to help lead the nation's new turn on gun violence. They marked the second anniversary of the Tucson episode to announce the formation of Americans for Responsible Solutions, and minced no words in an op-ed piece in USA Today on Tuesday, criticizing "special interests purporting to represent gun owners but really advancing the interests of an ideological fringe."

"Weapons designed for the battlefield have a home in our streets," they wrote. "Criminals and the mentally ill can easily purchase guns by avoiding background checks. Firearm accessories designed for killing at a high rate are legal and widely available."

Giffords embodies this embrace of a new attitude that one might call "solutionism." It's heartening that political leaders from states and districts with long histories of supporting gun rights are now breaking with the gun lobby's extremism.

It's also encouraging that Vice President Joe Biden, charged by President Obama with responsibility for proposing a comprehensive approach to the problem, is reportedly going big. He is ready to start with the necessary minimum -- a renewal of a more effective assault weapons ban, a ban on high-capacity magazines, and extending background checks on private gun sales. The last really matters, since the group Mayors Against Illegal Guns estimates that perhaps 40 percent of all gun sales are made by unlicensed private dealers.

But Biden is also looking at how to improve enforcement of existing laws. The authorities should not be prevented from collecting the data they need both for intelligent policy and to track illegal guns. Measures to crack down on gun trafficking, along the lines proposed by Sens. Kirsten Gillibrand and Charles E. Schumer of New York, should thus be included, too.

But there is a political truth that must be faced: Absolutely nothing positive will happen on this issue unless a substantial number of Republicans insist that we act. And before you give up hope, it's worth remembering that in 1994, thirty-eight House Republicans supported the assault weapons ban on a roll call in May, and forty-six supported the crime bill including the ban that eventually passed later in the year.

Yes, the GOP is very different now, more conservative and more dominated by Southern and rural voices. But key Republicans senators, including Mark Kirk, John McCain, and Dan Coats, have been willing to back reasonable gun laws in the past. The GOP's House majority includes twelve members from New York and New Jersey, thirteen from Pennsylvania, forty-four from the Midwestern states of Illinois, Indiana, Iowa, Michigan, Minnesota, Ohio and Wisconsin, and twenty from the West Coast.

A large share of these Republicans, particularly those from the Northeast, are growing impatient with the extent to which their party's image is being shaped by the wishes and opinions of its most right-wing members, many of them from one-party districts in the South. Suburban Republicans especially need to declare their independence from viewpoints antithetical to those held by the vast majority of their constituents.

New York Mayor Michael Bloomberg has been working hard with such Republicans, but he needs allies. Groups such as No Labels tout the virtues of nonpartisanship. They could demonstrate their effectiveness by joining Bloomberg's efforts. And Gov. Chris Christie of New Jersey is enjoying plaudits from those who see him as blazing an independent path. The former prosecutor should be eager to earn them by standing up for tough action on guns.