A Good Place to Work 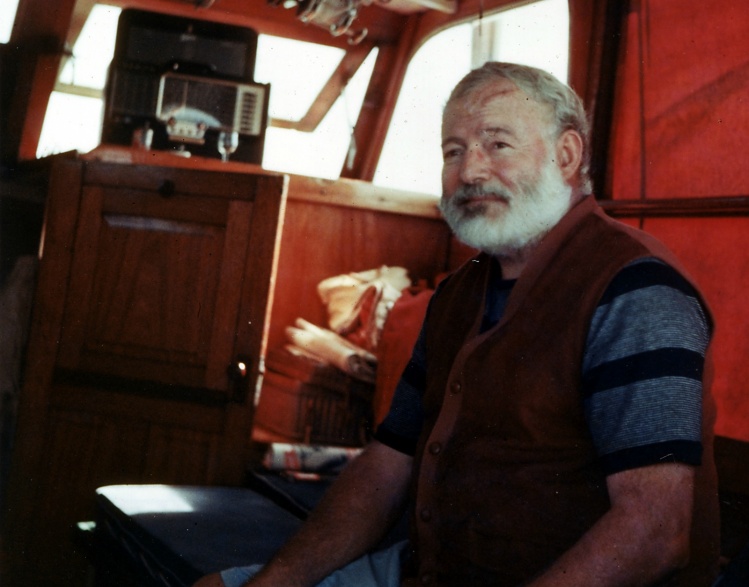 Ernest Hemingway’s long involvement with Cuba illuminates the recent normalization of diplomatic relations between the United States and that country.

Hemingway lived in Cuba for twenty years and instinctively sympathized with Fidel Castro and the Cuban Revolution. In the spring of 1939, just after the Loyalists had been defeated in the Spanish Civil War, Hemingway’s third wife Martha Gellhorn found the Finca Vigía (Lookout Farm) in the village of San Francisco de Paula, twelve miles southeast of Havana. The rundown one-story Spanish colonial house had high ceilings, tile floors, a sixty-foot living room, a swimming pool, and a tennis court. It was surrounded by fifteen sprawling acres and stood on a 468-foot hill that caught the breezes and had a fine view of the lights of the capital.

In a 1952 letter Hemingway described his Cuban house, routine and habitual diversions: “It is a good place to work because it is out of town and on a hill so that it is cool at night. I wake up when the sun rises and go to work and when I finish I get a swim and have a drink and read the New York and Miami papers. After work you can fish or go bird shooting and in the evening my wife and I read and listen to music.” At his favorite bar, La Floridita, he piously covered the bronze bust of himself during Lent. During his years in Cuba he finished For Whom the Bell Tolls and wrote Across the River and Into the Trees, The Old Man and the Sea, and the posthumously published A Moveable Feast and Islands in the Stream.

When Hemingway lived in Cuba the country was ruled by Fulgencio Batista, who had overthrown the government in 1934 and governed by patronage rather than by terror until 1944. Batista lived in Florida for the next eight years and returned to be elected president in 1952. He promised to restore normal conditions after several chaotic years, but became a brutal dictator, repressed the universities, and crushed Castro’s first attempt at revolt in 1953.

During World War II Hemingway organized a private spy network, which he jokingly called the Crook Factory, and gathered information about Nazi sympathizers on the island. But in a secret, 124-page report on Hemingway, the FBI—which feared his personal prestige and political power—expressed resentment at his amateur but alarming intrusion into their territory, and unsuccessfully attempted to control and vilify him.

In October 1942 the local FBI agent told J. Edgar Hoover that the American ambassador had granted Hemingway’s request “to patrol certain areas where German submarine activity has been reported” and had given him scarce gasoline for this purpose. Hemingway thought that his boat, the Pilar, fully manned and heavily armed but disguised for fishing, would attract the attention of a German submarine. The sub would signal the Pilar to come alongside in order to requisition supplies of fresh water and food. As the sub approached, Hemingway’s men would machine-gun the crew on deck while a Spanish jai alai player would throw a small bomb into the conning tower. Fortunately, for both Hemingway and the Germans, he never actually encountered an enemy submarine.

After reporting on the war in Europe in 1944-–45, he returned to Cuba with his fourth wife, Mary Welsh. He won the Pulitzer Prize in 1953 and the Nobel Prize the following year. He gave his gold Nobel medal to the shrine of the national saint, the Virgen de Cobre. On January 1, 1959, Castro seized power and Batista fled to the Dominican Republic. Acknowledging Hemingway’s influence, Castro told the English author Kenneth Tynan, “We took For Whom the Bell Tolls to the hills with us, and it taught us about guerrilla warfare.”

Out of the country at the time, Hemingway had not seen the bloody fighting and the consolidation of power when Batista fled in December 1958. His own house and property had not been harmed. After Castro had ruled for ten months, Hemingway’s nostalgic support for the Spanish Left and distaste for Batista’s cruel regime inspired a public statement when he flew into the Havana airport on November 3, 1959. The American Embassy reported to the State Department that Hemingway told journalists:

In those early days of hope, when Fidel greatly improved schools, hospitals, and transportation on the island, Hemingway naturally expressed support for the new regime. He told Tynan that he thoroughly approved of Castro and said, “This is a good revolution, an honest revolution.” In May 1960 Castro won a fishing competition and Hemingway presented him with the prize. When interviewed about Castro, Hemingway contrasted a commonplace uprising in a banana republic to this “real revolution” and stated his admiration for Fidel. In April he compared the Castro government to the Spanish Republic and expressed cautious hope in a letter to a Polish friend: “This is a very pure and beautiful revolution so far—Naturally I do not know how it will come out. But I hope for the best—So far it is what we hoped for, in intent, when they made the Republic in Spain (and which never arrived). I hope things will go well—The people who are being shot deserve it.” But he scrupulously paid his American taxes, and remained a United States citizen and patriot. He would not have stayed in Cuba if his presence there hurt American interests.

In July 1960 Hemingway left Cuba for his new home in Ketchum, Idaho. In January 1961, after Castro had nationalized most of the American property on the island, the United States broke off diplomatic relations with Cuba. The disastrous American Bay of Pigs invasion followed in April. A few days after Hemingway’s funeral in July 1961, his boat and possessions were expropriated by the Castro regime. Mary explained, “I had a phone call in Ketchum from the Cuban government asking me whether I would consent to donate our home in Cuba as a museum. In exchange I would be allowed to remove all the papers from the bank and my personal belongings. I accepted. At the time I was so grief-stricken that I didn’t care about giving up the house.”

The State Department arranged Mary’s visit to Cuba that July. She was forced to give up the house. But Castro, who came to the Finca to see Mary, allowed her to keep her clothes and jewelry; twenty-five precious books; paintings by Joan Miró, Juan Gris, Paul Klee, and André Masson (a Braque had been stolen in their absence); all of Hemingway’s papers and forty pounds of manuscript from the bank vault. The Pilar was hauled onto the grounds and the Finca became the Hemingway Museum. In 1972 Mary gave all the surviving papers to the Hemingway Collection in the John F. Kennedy Presidential Library in Boston.

Hemingway was a shrewd political observer. As early as 1922 he’d interviewed and satirized Mussolini, and had reported on wars in Turkey, Spain, China, France and Germany. He thought Castro was a welcome change from the repressive Batista regime, and supported the revolution before Castro established his own dictatorship, declared himself a Communist, and opposed America. If the United States had adopted Hemingway’s sympathetic attitude and maintained relations with Cuba instead of trying to overthrow that government and adhering to a policy that has failed for more than fifty years, the people of both countries would have benefited.

The Byron of Our Time