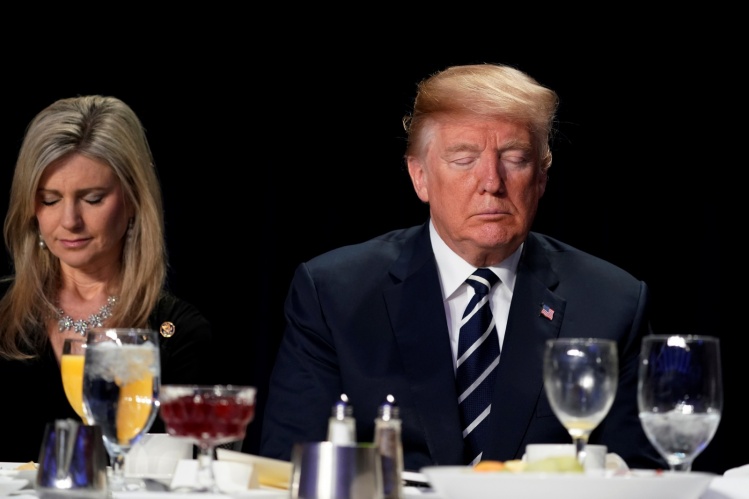 One of the most astonishing aspects of Donald Trump’s presidency is how he has managed to wrap himself in the public habiliments of Christianity, drawing the seemingly unwavering allegiance of white Evangelicals and conservative Catholics. This is a man whose private life, by all accounts, is a tawdry amalgam of narcissism and debauchery; whose business career was built on deception, fraud, and a shameless bravado; and whose political success has been fueled by compulsive lying, ignorance, threats of violence, and ruthless betrayals. In other words, the man is a paragon of traditional Christian virtues.

Or so claim any number of Evangelical leaders, who in their private meetings with the president detect a soul working his way toward salvation. Trump is “on a spiritual voyage,” writes David Brody, the host of “Faith Nation” on the Christian Broadcasting Network (“In Donald Trump, Evangelicals Have Found Their President,” New York Times, February 24). Brody boasts of having a “front row seat” and an “inside view” on the president’s religious transformation. Why does Brody believe the president is evolving spiritually? Because Trump has looked him “straight in the eyes” with “reflection and purposefulness.” Hidden behind Trump’s impulsive combativeness, Brody assures us, is a compassionate man, compelled to write out large checks to help Evangelical organizations serve the needy. Trump also prays with Evangelical leaders and tells them he loves them. Brody wants us to keep in mind that, in the Bible, God often uses imperfect individuals to accomplish his will: “Trump is in the White House for a reason.”

Brody’s “reason” for Trump’s ascendency, however, seems to confuse the political agenda of conservative Evangelical Christians with God’s will, something that is much harder to discern in the opacity of historical events. Thanks to Trump, Brody proclaims, the reliably prolife Neil Gorsuch sits on the High Court. The U.S. embassy in Israel is moving to Jerusalem. Obama’s alleged assault on religious liberty has been reversed. As a consequence, Evangelicals have learned their lesson. They vote in “the macro” now, meaning a deal with the devil gets a Christian imprimatur. “The goal of Evangelicals has always been winning the larger battle over control of the culture, not to get mired in the moral failings of each and every candidate,” Brody writes.

Is this really what it means to be a conservative Christian in America today? At a time when the nation and the churches are desperately in need of the moral, spiritual, and intellectual contributions of thoughtful, traditionally minded Christians, it is alarming to see “macro” calculations of expedience replacing the Gospel. Is championing a “bold culture warrior” who promises to reverse what Brody and his allies insist is the nation’s precipitous cultural decline now the Christian mission?

It is a fundamental article of both Evangelical and Catholic faith that what separates us from God, and from our true nature and destiny, is sin.
sharetweet

Easter will soon be upon us. Christians across the world will once again participate liturgically and sacramentally in the drama of Christ’s death and Resurrection. They will be reminded that the savior of the world was a political scapegoat and a marginal cultural figure. It is a false hope—some might call it blasphemy—to think that a bold culture warrior in the White House can bring about a revival of Christianity, or reverse the troubling transformations that have occurred in our culture and politics. It is always a grave mistake for Christians to align themselves too closely with any one political party or politician, especially with a man who has proudly confessed that he has never asked God for forgiveness. “If I do something wrong, I think I just try to make it right,” Trump has assured us. “I don’t bring God into that picture. I don’t.”

It is a fundamental article of both Evangelical and Catholic faith that what separates us from God, and from our true nature and destiny, is sin. Jesus died for our sins, and if we ask for forgiveness, forgiveness will be freely given. But first we must ask. “Till you know the weight of your sins...” John Henry Newman preached when he was perhaps the most influential Evangelical in the world, “daily and in your heart in secret, you cannot embrace the offer of mercy held out to you in the Gospel.” Writing against the “Religion of the Day,” Newman went further regarding Christians who see divine providence behind mere worldly prominence and authority. “Bent upon achieving their object, an extensive and glorious diffusion and profession of the Gospel, they have been little solicitous about the means employed. They have countenanced and acted with men who openly professed unchristian principles…. They have sacrificed Truth to expedience. They have strangely imagined that bad men are to be the immediate instruments of the approaching advent of Christ.”

To the extent that conservative Christians bind themselves to this president, all of us will have a “front row seat” on the further decline of Christian influence in America. 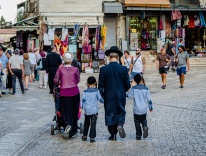