Getting What We Pay For 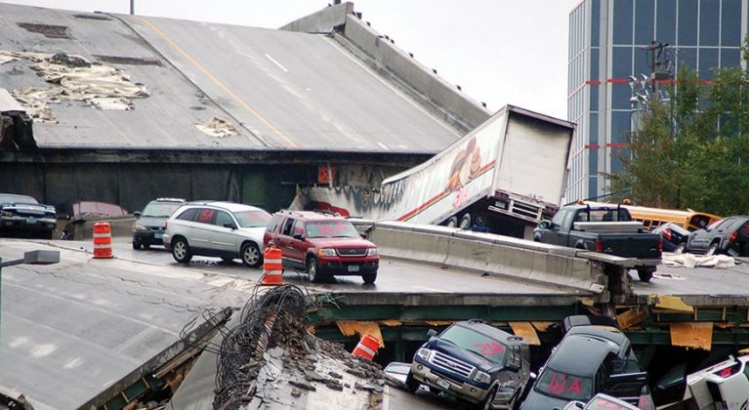 Donald Trump, on a recent morning talk show, was asked to describe his tax plan. He opened with the statement that “this country has the highest tax rate in the world. Everybody knows that.” While it is true that nearly everyone thinks that—or at least nearly all of a group of businessmen I recently put the question to—it isn’t close to being true. The Organization for Economic Development (OECD) is an international think tank that publishes an annual tax league table for the forty-two countries deemed to have the world’s most advanced economies. The data include all taxes actually paid to all levels of government. Your local school tax is in there, as are payroll taxes for Social Security and Medicare, and the taxes (if any) paid by the largest companies.

The final version of the 2013 data was just released, and it shows that the United States ranks thirty-ninth in the total tax bite imposed on its citizens. So far from having the highest effective tax rate, the United States has the fourth lowest. The U.S. total tax rate was 25.4 percent of GDP in 2013, which is up from 23.6 percent in 2011, against a median OECD tax rate of 34.1 percent. In 1965, when the OECD began tabulating tax rates, the United States was at 23.5 percent—almost exactly the same as it is now—and just under the OECD median, which was then 24.8 percent. Virtually all other countries increased taxes starting in 1975 or so, and by 1995 had reached the current median of about 34 percent, which has been pretty stable over the past couple of decades. It is amazing that, despite the tireless “reforms” of American taxes over the years, the United States has managed to get along without any significant change in total tax rates for fifty years.

Republicans have a consistent view of taxes: They are a drag on productivity, they reduce the rate of savings and investment, and they lower economic growth. The GOP’s policy preference, therefore, is for low, flat (or near-flat) taxes for all. That’s how Ted Cruz planned to “abolish the IRS” and turn your tax return into a postcard.

A recent statistical analysis carried out by the nonpartisan Congressional Budget Office (CBO) shows why such claims are nonsense. The analysts looked at all tax years since 1945, when the marginal tax rate on the wealthiest taxpayers—the tax paid on the last dollar of taxable income—was 90 percent, and the average tax rate at which they actually paid was just above 60 percent. It turns out that those years were years of exceptional growth, while years with below-average tax rates for the wealthy tended to have somewhat slower growth. Conversely, changes in the capital-gains tax rate have a slight boosting effect. But none of the correlations comes close to being statistically significant.

That shouldn’t be surprising. The economy is a vast and poorly documented entity, and tiny changes in a single variable are lost in the noise. As the CBO analysts point out, a fall in tax rates may cause people to spend more or invest more and thus improve the economy. But if the fall in taxes causes budget deficits to increase, then the net result could be a slowdown. In a modern economy, all outcomes are “path-dependent”: exactly the same policy may have quite different effects depending on where you start from, and because of the coarseness of economic data, and the long lag times involved in understanding them, the precise starting point is essentially unknowable.

Virtually alone among industrial countries, the United States has frozen its total tax rates for a half century—ignoring the increased complexities of modern society—while the rest of its competitors have increased their tax rates by about 40 percent. That is surely the underlying cause of our disgraceful physical infrastructure, the collapse of financial support for the public higher-education system, the ballooning of student debt, the still-gross inequities of our health-care system, and the staggering copayments often required even by the new health-insurance policies made available through the Affordable Care Act. Put those together—and add the looming dementia crisis as the boomer generation ages—and the impoverishment of the American public sector is exposed. Donald Trump is right that our airports and rail services and highways are increasingly like those of third-world countries. But cutting taxes is exactly the wrong prescription.