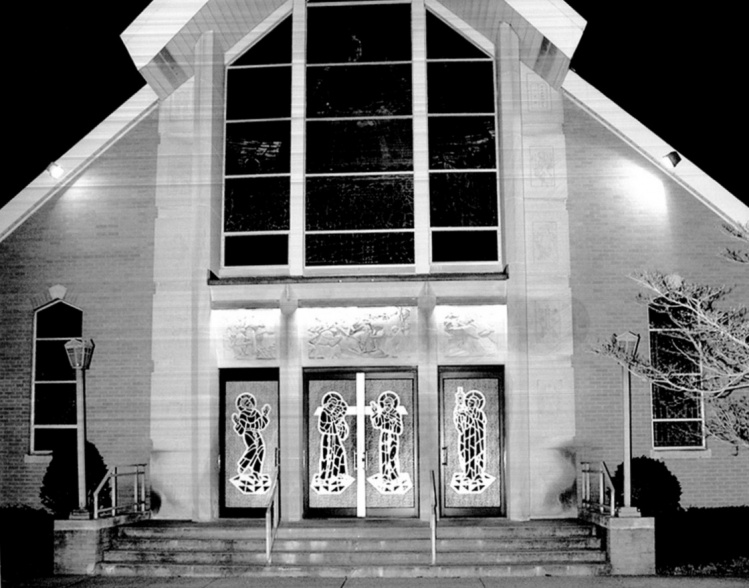 After a relatively brief but difficult battle with melanoma, Fr. John Baran, known as Fr. Nonomen to readers of Commonweal, died the Saturday before Palm Sunday. He was fifty-nine years old, and before his fatal illness he had long suffered from late-onset muscular dystrophy. I never heard him complain about that crippling infirmity. He was a widely respected and especially popular priest. He also was my pastor.

I first heard about John from Lauretta O’Connor. Lauretta, a feisty and opinionated woman, was a neighbor. As a young woman in the early 1960s, she had been Commonweal’s office manager. (A strange coincidence, that.) Shortly after we met, Lauretta asked where I went to church. She then informed me, in no uncertain terms, that Fr. John’s parish was much better. She was right. He was very much a Vatican II priest, deeply committed to involving the laity in every aspect of parish decision-making.

John was also a brilliant homilist. His homilies were never mini-lectures or labored paraphrases of the Scripture readings. Nor did he try to sell you on faith, or Jesus, or Catholicism. Instead, he shared his faith. Yet his homilies were never about him or his struggles. They were always about the readings and what he believed Christ had accomplished for all of us, and what Christ is still accomplishing today. John never scolded (sometimes I thought he should have). Nearly everything he said was an invitation to embrace the Gospel, never a demand to do so. He never pretended that having faith was easy, or that doubt could be banished by shopworn pieties.

Shortly after joining the parish, I invited John to lunch. I was impressed with what he wrote in the weekly bulletin and thought he might make a good columnist. Commonweal readers are keenly interested in the liturgy and parish life, and getting the view from the “other side of the altar” would be enlightening. John accepted my offer, and it is my impression that he was one of our best-read columnists. We decided he should use a pseudonym for two reasons. First, because he would be writing about what went on in his parish, we wanted to protect the privacy of parishioners. Second, because he might occasionally express opinions at odds with church practice or teaching, we didn’t want to make him or his bishop the object of scurrilous attacks.

As readers know, Fr. Nonomen wrote clearly and with a wry sense of humor.
sharetweet

As readers know, Fr. Nonomen wrote clearly and with a wry sense of humor. “Almost every parish I know has a Jingle Bell Mass,” began one column about the “Family Friendly Mass” at Christmas. He went on to describe a parish where “after Communion, in dead silence, Santa Claus would slowly walk down the main aisle, carrying a huge sack. He would stop at the crèche, kneel for a moment, and then walk out the side door. No matter what you’re thinking right now, trust me: it’s creepier in person.” His advice to priests at Christmas was honest and straightforward. “Remember that some folks are there out of love for their families, not the church,” he wrote. “Do not say how you wish attendance could be this good every Sunday. You don’t. Plus, it won’t be guilt that brings people back.”

In another column, he candidly confessed that most priests would much rather preside at a funeral than a wedding. Why? Because most couples, as Pope Francis has reminded us, haven’t the slightest idea what Catholic marriage entails or means. As a result, they often make ridiculous requests, like asking if their dog could carry the rings down the aisle. “I know that a religious ceremony remains meaningful to a lot of couples,” John wrote. “But it seems to me that more and more of them see a church as just another venue: a place that will look pretty in the pictures.… I’m all for welcoming an engaged couple and working with them. It’s just that lately, I feel more ‘used’ than ‘worked with.’”

In his columns, John revealed that the secret to increasing the parish collection is to start giving the money away; that policing the Communion line will alienate even Catholics who are in good standing with the church; why it is necessary for parents to be actively involved in religious education; what motivates people to come back to confession; and perhaps most memorably of all, why it is essential for priests to get the name of the deceased right at funerals, while not taking off their glasses and casually placing them on the coffin.

Fr. John Baran’s own funeral was a remarkable tribute to him as both a priest and a much-loved individual. Our parish church probably seats four hundred comfortably. I would guess there were at least six hundred people in attendance. It was standing-room-only, with the side aisles packed and the crowd flowing out the vestibule and down the front steps of the church. When his fellow priests and the bishop processed in, the choir and congregation broke out thunderously in “Lift High the Cross.” I confess there was a catch in my throat. It was indeed the love of Christ that John ceaselessly proclaimed, and the promise of life eternal that he made tangible for others.

The Story or the Truth? 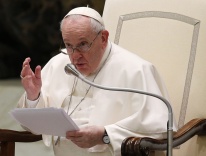