The continent is a cauldron on slow boil.
By Margaret O’Brien Steinfels
Foreign Affairs
War and Peace 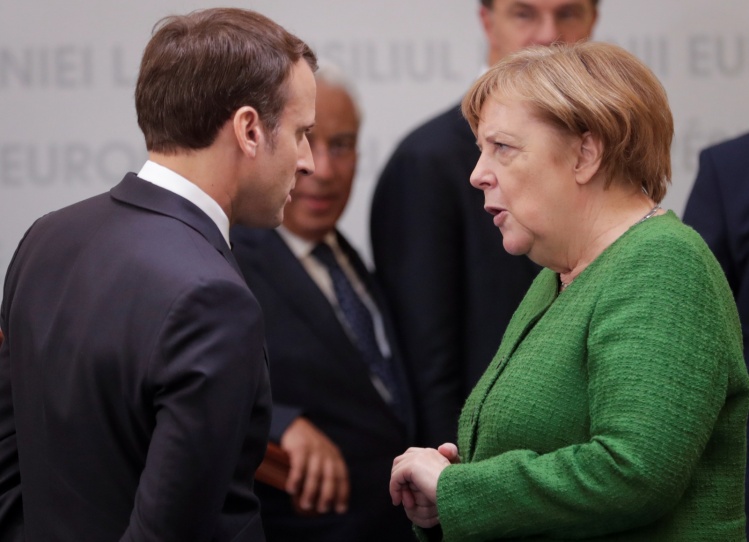 Europe’s post–World War II settlement, an arrangement that has sustained peace and prosperity for more than seventy years, is falling apart. Donald Trump’s forays against NATO and European trade, the United Kingdom’s decision to leave the European Union, turmoil in German politics, the rise of would-be autocrats in Eastern Europe, and much, much more call into question the future of Europe’s postwar equilibrium.

First, a little history: “The desire to avoid a Second World War was perhaps the most understandable and universal wish in history.” That is the opening sentence of Tim Bouverie’s Appeasement, a brilliant new history of British diplomacy toward Germany in the lead-up to World War II. Ardent wishes notwithstanding, war came. It came because a fatuous British political class was willfully blind in its desperation to avoid conflict with Hitler.

By the end of that war, in 1945, the Allies were determined not to repeat the errors that followed World War I. This time Germany would be bombed, invaded, defeated, and on May 7, 1945, seventy-five years ago, forced to surrender unconditionally. Allied armies, including the USSR’s, took control of Germany’s government, economy, and population. Europe was a shattered continent.

Fortunately, there was a second chapter: Presidents Roosevelt and Truman, together with General George Marshall, understood that the United States could not revert to its isolationist policies. The harsh measures imposed in 1945 were ultimately mitigated by the Marshall Plan. U.S. economic assistance, plus French-German economic cooperation, the founding of NATO in 1949, and the founding of the European Union in 1957, set the continent on a new trajectory. Of course, the Cold War was a powerful impetus in furthering these developments, and when it ended in 1989, Eastern European countries were invited to share in the bounty. The United States had a critical role in this achievement.

In the year 2020, one must stress the word “had”—past tense. The Trump administration is recklessly undermining promises of economic prosperity and guarantees of mutual security that have joined the EU’s twenty-seven members for decades. But there are also new tensions and quarrels among the Europeans themselves. And rather than tackling needed economic reforms, a growing number of nations are succumbing to the lure of populism and nationalism.

These antagonisms seem less a blip than the beginning of the end of a successful trans-Atlantic and European-wide alliance that has kept the peace for seventy-five years.
sharetweet

Brexit is the prime—but not only—example. Poland and Hungary, who reap enormous economic benefits from the EU, nonetheless chafe at its regulatory and judicial standards. Italy and Greece, still recovering from the after-effects of the Great Recession, are neither productive nor constructive members. Germany, a stalwart EU member, stubbornly refuses to loosen the budgetary restraints that are inhibiting economic growth on the rest of the continent, and its tradition of coalition governments is splintering with the emergence of far-right politicians opposing de-Nazification and refusing responsibility for the Holocaust. EU candidate countries in the Balkans have been put on hold to await changes in admission rules. Turkey, which has been waiting to join the EU for many years, is now cozying up to Russia, which is busy undermining the independence of its neighbors, Ukraine and Belarus. In short, Europe is a cauldron on low boil.

Then there is NATO, the fulcrum of European security. Its seventieth-anniversary observances in December—moved from Washington to London to avoid Trump-trouble—were less a celebration than an occasion for sniping and sneering, ending with heads of other member states making fun of Trump behind his back. The president repeatedly criticizes the cost of U.S. participation in NATO, while President Emmanuel Macron declares NATO brain dead. In turn, President Erdoğan of Turkey says it’s Macron who’s brain dead. In the meantime, the Baltic nations hang suspended between their nemesis, Russia, and NATO’s promise of mutual defense.

These antagonisms seem less a blip than the beginning of the end of a successful trans-Atlantic and European-wide alliance that has kept the peace for seventy-five years. A United States of Europe is far-fetched, but the EU and NATO are mechanisms for stability, prosperity, and security. Can these achievements survive the recent outbreaks of nationalism throughout Europe? Can they keep Europeans from each other’s throats?

Americans born in the second half of the twentieth century of course have no memory of the death and destruction of its first half. As the United States suffers another bout of what Philip Roth called “indigenous American berserk,” we must continue to hope that the twentieth century taught Europeans lessons they will not easily forget. But if they need a reminder, they might consult another brilliant work of history, Christopher Clark’s detailed description of how Europe stumbled into war in 1914. The book is ominously titled, The Sleepwalkers.