Ethics as a Work of Charity 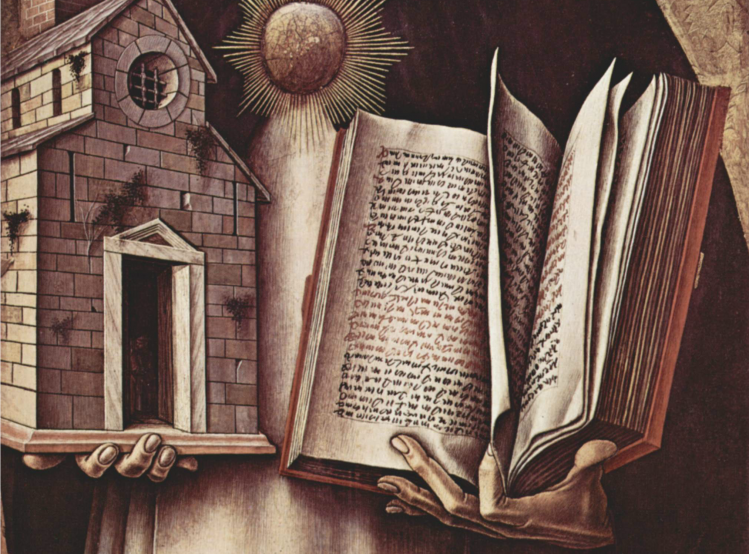 Building on the work of Elizabeth Anscombe, Joseph Pieper, and others, contemporary thinkers such as Alasdair MacIntyre, Stanley Hauerwas, and Julia Annas have redirected moral theology toward the tradition of virtue and a focus on personal qualities. More recently, a second generation of scholars—Jean Porter and John Bowlin come to mind—has pushed this work further, offering a more technical analysis of virtue. With Ethics as a Work of Charity: Thomas Aquinas and Pagan Virtue, David Decosimo joins their ranks.

Decosimo, who teaches in the Theology Department at Loyola University Maryland, presents a lucid and innovative argument about the disputed status of “pagan virtue” in debates in Christian ethics. To some readers, the very notion of “pagan virtue” will raise eyebrows. Yet while most Christians today continue to believe that Christian faith permeates and transforms all aspects of a believer’s life, most also affirm that people of any religious faith—or none—are capable of living virtuous lives. The tension is clear. How can it be true both that a person can be virtuous regardless of faith, and that faith is crucial for how we live? The “pagan virtue” debate takes up this seeming paradox, and it is far from an obscure academic concern. We find ourselves collaborating and enjoying activities with colleagues, friends, and even family members of different faiths, or no faith at all. How can the value of their contributions be recognized in a manner that does not jeopardize the centrality of faith in our understanding of the moral life?

The thirteenth century saw the introduction of Aristotle and his “pagan” vision of virtue to skeptical medieval Scholastics for whom there was no greater authority—save Scripture—than Augustine. Confronting this conflict, Thomas Aquinas posited a synthesis of Aristotelian and Augustinian thought. Scholars today tend to emphasize either Aquinas’s Augustinian or his Aristotelian commitment, but Decosimo posits instead that Aquinas’s affirmation of the possibility of pagan virtue is due precisely to an Augustinian “commitment to charity and an expectation that God is drawing all things to himself.” He claims “it is not merely a theological but a profoundly Trinitarian and Christocentric vision that founds and propels [Thomas’s] recognition of pagan virtue.”

Decosimo calls his own method “prophetic Thomism.” In his estimate, Thomas shows us how to bring together both “outsiders” (e.g., Aristotle) and “insiders” (e.g., Augustine). Unafraid to take a stand or disagree with a prominent line of thought, Decosimo is nonetheless charitable in his reading of others, seeking always to glean kernels of truth in the positions of those with whom he disagrees.

Ethics as a Work of Charity is a refutation of those interpreters of Aquinas—the scholar Thomas Osborne serves as the main foil—who claim the Angelic Doctor had no significant place for pagan virtue in his vision of the moral life. Here the discussion becomes somewhat arcane. Decosimo adopts the common strategy of defending the possibility of pagan virtue in Thomas by showing how he simultaneously affirms the greater perfection of the infused (i.e., graced) virtues, which point us toward God, while also affirming the genuine (albeit less perfect) goodness of the non-graced virtues that point us toward natural flourishing. To use Aquinas’s stock example, one can certainly eschew gluttony without the help of God’s grace. But in the graced life of discipleship, eating will nevertheless be done differently. In fasting, saying grace, and enjoying eucharistic table fellowship, Christians approach eating with a different ultimate purpose and meaning. Sometimes this is obvious to others, and sometimes it is not.

The most innovative parts of the book concern the nature of virtue. One tactic of those who deny pagan virtue is to claim—correctly—that Thomas commonly uses the term “virtue” to describe different levels of disposition, the lower of which do not actually qualify as virtues on Thomas’s own terms. Decosimo’s task is to prove that pagan virtues do indeed qualify as virtues in the robust sense. To this end, he explains that for Thomas a virtue is a disposition in one’s character to good action, by which he means action that is very stable, connected to other good dispositions, and ruled by right reasoning. This is not a new analysis, yet Decosimo explicates it with dexterity.

Ethics as a Work of Charity also treats the difficult issue of the acquisition of virtue. Much as the transition from childhood to adulthood can be difficult to pinpoint exactly, so can the growth of virtue. The appropriate response is neither to “lower the bar” of virtue too far—we should not neglect the often arduous development in character that precedes the attainment of virtue—nor to raise it so high that we neglect the growth that is possible and indeed necessary after one has attained a virtue.

Decosimo broadens the discussion by including far more than innate natural dispositions. Some of us, for example, are predisposed to behave calmly. But others train themselves not to lose their tempers. This practiced discipline may resemble a full-fledged virtue, but Decosimo rightly notes that while differing from an innate propensity, it still lacks the guidance by right reason that characterizes a virtue. Mere “custom”—either at the individual or communal level—does not qualify as virtue unless it is enacted with deep understanding of the goods toward which we strive.

he argument in support of pagan virtue put forth in this book is perhaps most innovative for its deepening of our notion of virtue itself. This includes Decosimo’s consideration of the nature and function of a person’s “last end.” The “last end” in the virtue-ethics tradition comprises our overall conception of reality and the corresponding happiness we seek above all things—imperatives that affect all that we do. In the context of the pagan-virtue debate Decosimo must ask: “If the purported virtuous pagan is not acting for a last end of God, what is her last end?” Augustine’s suspicion was that it must ultimately be one’s self, and hence his famous reference to “splendid vices”—seeming pagan virtues that—since they are not oriented ultimately toward love of God—actually serve prideful ends.

Those Thomistic interpreters who defend pagan virtue commonly leave the answer to the last-end question vague, calling it “natural happiness” or the “political [meaning communal] good” attained by justice. Decosimo for his part insists that insufficient attention gets paid to what this last end looks like from the “perspective of the acting person.” Rather than assuming that the moral lives of all nonbelievers are ultimately prideful, he seeks complexity in the content and function of their last end. In order to “leave room” for pagan virtue—since by definition the nonbeliever is not ordered to God as his or her last end—Decosimo depicts the last end more as a collection of beliefs, allowing him to maintain simultaneously that the nonbeliever has a last end distinct from that of the believer and that the person’s acts “most of the time” need not be ordered toward that end.

Here Decosimo stretches Thomas’s thought beyond the breaking point. He is right that the perennial question of pagan virtue must turn more explicitly to the composition of the last end and its relation to a person’s acts and habits. But in presenting such a fragmented vision of the last end, he ironically sacrifices the very stability, connectivity, and guidance by right reason that characterize genuine virtue.

Ethics as a Work of Charity makes a substantial contribution to a perennial debate in Thomistic moral theology. Decosimo’s affirmation of the possibility of pagan virtue perceptively interprets Thomas Aquinas, even if his more ambitious speculations on the nature and function of the “last end” require further refinement.

William Mattison is associate professor of moral theology and associate dean of undergraduate studies at the Catholic University of America.