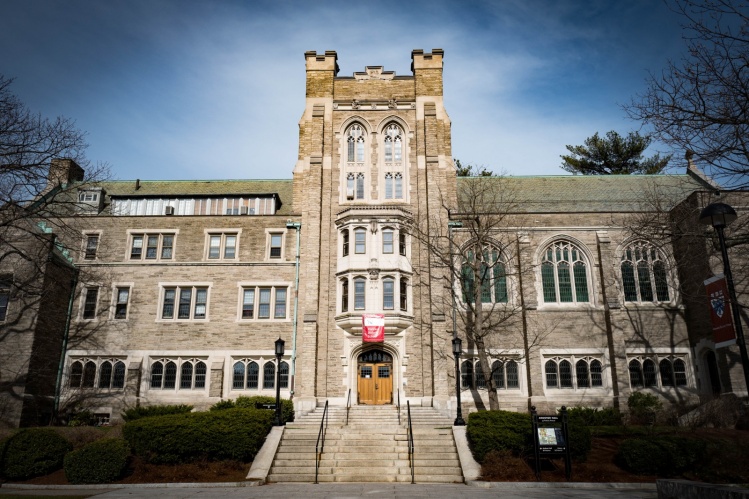 Steven Pinker’s new book, Enlightenment Now, moves along quickly and lucidly, as one expects from a practiced popular speaker and writer. Its larger thesis merits the attention of anyone who wants to think properly, and with some historical perspective, about life on earth today. Given how dark the daily news cycles tend to be, we can all benefit from being reminded of the solid and wholesome progress we are making for the betterment of the human race. Pinker tells us, again and again, of the need to safeguard the attitudes and values that sustain integral human progress: freedom of inquiry, democracy, respect for all persons regardless of race, gender, religion, etc., and individual and communal commitment to decision-making guided by the best research possible. (For a good summary of Pinker’s argument, see Gary Gutting’s review.)

In general, there is no reason why religious people should reject Pinker’s thesis or his underlying values. Pinker takes up a host of topics that should be honestly debated in the best traditions of academic exchange: the proofs, or lack thereof, for God’s existence, and what “proof” means in a faith context; the relationship of the Good and God; the pluses and minuses of imagining morality to be handed down by a supernatural lawgiver (ideally with attention to actual texts of law, ranging from the Torah’s Exodus to Hinduism’s Manu); the notion that theistic morality tends to the arbitrary and theocratic; the depth or banality of the wisdom put forward by religious and secular people; the viability of spirituality apart from religion. All of this is open to refinement and debate, and often enough we discuss such matters at Harvard Divinity School, where I teach. We do so with due attention to what the Enlightenment has achieved, but also by attending to premodern cultures in the West and to other great religious cultures around the world.

Unfortunately but unsurprisingly to those who have read his earlier work or are familiar with his attempts to exclude the study of religion from Harvard’s curriculum, Pinker also continues his ill-informed attacks on religion in Enlightenment Now. In the book’s last chapter, “Humanism,” he dismisses religion in order to sharpen his narrower, exclusivist thesis: the Enlightenment of the eighteenth century, furthered by heirs such as himself, has made the world a better place. Religion was and is the enemy of enlightenment and the Enlightenment. Luckily, religion is dying, and this demise will speed the arrival of a thoroughly secular human community. This utopia, Pinker suggests, is apparently already in evidence at Harvard, which at some point in the future will ideally eliminate any serious consideration of religion from intellectual life. A decade ago, when the general education (core) requirements at Harvard were under review, Pinker famously wrote that a core requirement on “faith and reason” “makes it sound like ‘faith’ and ‘reason’ are parallel and equivalent ways of knowing, and we have to help students navigate between them.” But that cannot be tolerated, “since universities are about reason, pure and simple.” Faith, after all, is “believing something without good reasons to do so,” Pinker claimed.

I’d like to offer a rebuttal to that view by making three points about Pinker’s own approach to the religions of which he speaks. First, he is out of touch. He seems unable to digest the fact that religious people, because of their faith and not despite it, are indeed citizens of the twenty-first century, not just outsiders who have interloped on Harvard Yard. He fails to note how the enduring religions of the world, even while maintaining their roots, have evolved over the millennia, and cannot fairly be reduced only to their worst attributes. Believers have long found the grounds for deeper respect for the human person and care for the earth in their fundamental revelations. People of faith are regularly leaders in the defense of human rights, including the rights to basic health care. Modern religious believers are entirely comfortable with a balanced harmony of faith and reason, religion and science. They often lead the fight for human progress. Pinker also seems earnestly oblivious to what goes on regularly at Harvard, especially in the Divinity School, where courses and lectures hosted by the Committee on the Study of Religion are conducted in cooperation with many other parts of the university. (Though he and I joined the Harvard faculty at approximately the same time in the early 2000s, I can’t recall ever meeting him.) In addition, there is the programming offered at Memorial Church or by various student groups, and in a host of smaller faculty, staff, and student initiatives. Religion remains an important aspect of Harvard’s academic and campus life, despite those who ignore its presence and power.

Pinker has strong opinions on how religious people think, yet he seems not to have done the work of actually reading religious thinkers.
sharetweet

Second, Pinker writes as if he is out of his depth when it comes to religion. Despite his deserved reputation as a dedicated classroom presence, he is the vaguest of teachers when it comes to any religion in the particular. When he refers to the God of Israel, of the Christian faith or Islamic faith, his statements float free of context, as if he’s never actually read the texts of which he speaks. He refers to the Bible a few times, but none of these references extends beyond a single page. The index of his book shows us the limits of his interest here: Bible: “antihumanistic content of,” “crucifixion in,” “despotism in,” “in fabric of human knowledge,” “famine in,” “life expectancy in,” “literal truth of, belief in,” “maternal pain and suffering in,” “morality as relative in,” “on the poor,” suicide in,” “see also God.” Unless I missed something, he quotes the Bible only once, but without giving chapter and verse or even the name of the book (Genesis) that he cites. He worries about Islam, but gives no evidence of having studied the Qur’an. The great religions of Asia are missing, and he seems not to have read Hinduism’s Bhagavad Gita or even select texts from the Buddhist Pali Canon. African traditions—Christian, Muslim, and Native—are ignored in the book, as are Native American traditions, the philosophical and theological traditions of east Asia, and more modern traditions such as the Latter Day Saints or the International Society for Krishna Consciousness. Pinker’s intellectual style is both overconfident and closed off. He knows what he knows, and isn’t very curious about anything he doesn’t already know.

Pinker has strong opinions on how religious people think, yet he seems not to have done the work of actually reading religious thinkers. We find no hint here of the great theologians in the Christian West before or after the Enlightenment, from Augustine to Niebuhr. And Pinker seems entirely unaware of the host of contemporary theologians writing on themes pertinent to his major thesis and his many complaints. He doesn’t get out much; nothing in this book suggests that he has ever had a sustained conversation with theologians at Harvard itself, or at Boston College, or at the several Christian or Jewish seminaries in the Boston area.

Third, Pinker seems afraid of getting too close. This is unfortunate, since he will never understand religion if he so resolutely stays away from it. But there is no easy way to learn a religion merely from a distance. If they are truly to be understood, religious traditions require engagement, painstaking study, and sustained practice over long periods of time. They come to life and make the most sense when understood with attention to the lived experience of religious practice and not just to moral or metaphysical abstractions. Scriptures have not been passed down for millennia merely to be quoted out of context or blindly affirmed without a further thought. They have their proper effect when used as intended—studied, meditated upon, drawn into the reader’s reflection, and then into her world and way of life.

I am a practicing Catholic and Jesuit priest, so in a way Catholicism has come naturally to me. I have always been an insider, though as a Jesuit my goal has been to be a critical, thinking Catholic who recognizes the need to learn both within and beyond my own tradition. As a priest and a scholar, and as a child of the Enlightenment and its Catholic correctives, I have studied Hinduism for more than four decades. I have visited innumerable temples over the past forty-five years and been present for many beautiful and moving worship services. I have by now at least some understanding of this ancient yet vibrant religion, for which I have the deepest respect and love. I do not mean to suggest that Pinker needs to become a practicing Catholic or Hindu or Muslim or Daoist to be able to say something about these traditions. But I do think that cluelessness about the content and practice of living traditions makes Pinker far less likely to have something perceptive to say about them.

Yes, we need Enlightenment now, but not merely in an idealized and reduced secular form, and not just in TV studios and university lecture halls where the story of the Enlightenment is hallowed and repeated, again and again. Enlightenment is all the brighter on the more richly diverse common ground where we meet every kind of believer and non-believer. Harvard’s proud veritas motto will again mean something (but not everything) when all are welcomed because they are ready to study, think, listen, speak. When this happens, we will see that Harvard is not exclusively secular, but home to a complex, intersecting community of religious and nonreligious people.

There is an added edge to reading Pinker’s book during Lent, when we Christians engage in prayer, fasting, and works of charity in order to become closer to Jesus Christ in his passion, death, and Resurrection. Memorial Church and the many houses of worship around the Square will be marking this holy season. Jews are at the same time making preparations for Passover. In our neighborhoods, Muslims pray five times a day, Buddhists meditate and chant, yoga practitioners seek the quietest inner self, and Hindu pujas occur in more homes than one might imagine. And then many of these same people come to campus, and study, teach, and write in every academic field. I thank our Enlightenment ancestors for planting the seeds for a diversity of religious practices and discourses on and off Harvard’s campus. This nearly four-hundred-year-old university is still intellectually restless, and still religiously alive. Those who’d like to keep it that way should be wary of anyone who tries to reduce this various intellectual community to one voice and one set of rules.

But really, Professor Pinker, the divinity school is only a few minutes’ walk from your office. Come on over and talk with us. We might learn something; so might you.