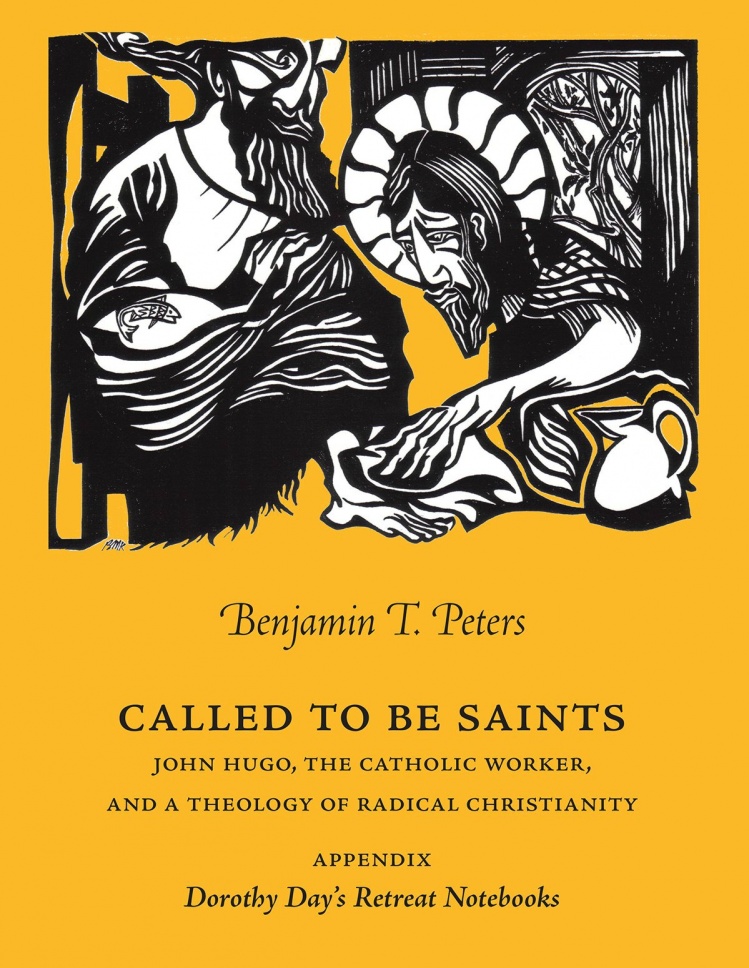 Who was Fr. John J. Hugo? What was the “famous retreat” he preached in the early 1940s, the so-called Lacouture retreat, that had such a profound influence on Dorothy Day? Why did the retreat quickly land Lacouture, Hugo, and others in ecclesiastical “hot water,” suppressing Hugo’s preaching of the retreat for more than fifteen years and leading to his internal exile in the Pittsburgh diocese? Why did Hugo’s themes (particularly his emphasis on self-sacrifice, the primacy of the supernatural, the importance of human intention in achieving holiness, and on poverty and pacifism) meet with such strong resistance in the theological circles of his day? Finally, how might a study of Hugo shed critical light on the “public theology” that holds sway in American Catholic theology today?

These are the questions Benjamin T. Peters sets out to answer in this scholarly treatise (there are no fewer than 840 footnotes in 254 pages of text). In so doing, Peters argues that Hugo was never a spiritual rigorist à la Cornelis Jansen (1585–1638), but rather represented a rich Ignatian mystical tradition à la Jean-Pierre de Caussade, SJ (1675–1751). Hugo’s method of ressourcement (returning to the sources) also put him in tandem with the path-breaking work of such twentieth-century European theological eminences as Maurice Blondel (1861–1949) and Henri de Lubac (1896–1991). Finally, as proof of a pudding is in the eating, the author and publisher provide facsimiles of hundreds of pages of Dorothy Day’s own handwritten 1942 retreat notes (transcripted on facing pages) to underscore the contribution and depth of Hugo’s method, and, as a consequence, his effect on Day.

John J. Hugo (1911–85) was a newly minted priest when he first attended a 1938 priests’ retreat given by Fr. Onesimus Lacouture, SJ (1881–1951). A French-Canadian, Lacouture had fashioned a week-long silent retreat for priests based primarily on the first stage of St. Ignatius Loyola’s Exercises. (Lacouture hoped to incorporate later aspects of the Exercises in subsequent retreats, but was never able to do so.) Hugo was so taken with the retreat’s potential and its emphasis on the call to holiness for all the baptized (what the Second Vatican Council would later term the “universal call to holiness”) that he set out to craft and deliver the retreat for lay audiences.

Dorothy Day (1897–1980) had been alerted to the Lacouture retreat by Maisie Ward in 1939, and was subsequently provided a set of retreat notes by her friend Sr. Peter Claver Fahy (whose name, unfortunately, is misspelled several times in the text, as is that of St. Francis de Sales). At the time, Day commented that she was not much impressed with the notes because “the written word did not have the life and vitality of the spoken word, and perhaps it was the personality of the retreat master [Lacouture] that made the teaching so powerful.” (In later years, meeting Lacouture himself, she reported that she found him charming, and told of their mutual laughter when she described the extremes to which some Catholic Workers had gone in carrying out the retreat’s emphasis on self-denial.)

Tom Sullivan, a mainstay at the New York Catholic Worker in the decade following World War II, told me a story about Day and how she had sought to free a young retreatant from her scrupulous tendencies. It happened on the Worker paper’s press day one Lent. Dorothy, Sullivan, and a young woman editor were having lunch at a diner. Dorothy ordered a slice of lemon meringue pie, at which point the young woman’s face fell. When the pie arrived, Dorothy downed it with what Sullivan described as almost spiteful relish, further scandalizing the young woman. For Sullivan, the episode was a lesson from a spiritual master, not only about the dangers of rigorism, but of spiritual pride.

How might a study of Hugo shed critical light on the “public theology” that holds sway in American Catholic theology today?
sharetweet

Day made her first retreat under Hugo in 1941 (her last was in August 1976). She was twelve years older than Hugo, and by his own account, “had a world more of experience.” Although he was never her confessor, he served as a spiritual adviser to her for many years (she had others, including Fr. Joseph McSorley, CSP [1876–1963]). Hugo later remarked that Day’s initial request for direction from him was “less flattering than frightening.” In his posthumously published Your Ways Are Not My Ways (1986), Hugo said that “dying and rising was the stuff of [Dorothy’s] daily living. She was a mystic in the Pauline sense, loving to the limit.... No need to hunt for miracles in Dorothy’s life,” he added. “Her whole life was a miracle.” Further, Hugo said, Dorothy did not “consider [the retreat] extreme or rigoristic or Manichaean or Jansenistic. She understood it as the language of love.” To Day, it was certainly a call to metanoia: to a radical change of heart and mind by means of taking up one’s cross and putting everything in the perspective of God’s grace.

Peters admits that Hugo’s presentation could be “mechanical and heavy handed.” There can be little doubt that some of the priest’s statements (at least as recorded in Dorothy’s notes in this book) might give the impression of rigorism to retreatants (and to Hugo’s ecclesiastical superiors). Further, for Hugo, as for Day and the Catholic Workers, Jesus’ radical teachings on poverty, violence, and dying to self applied not merely to individuals but to society and the church. Firebrand challenges from a young priest were bound to elicit some ecclesiastical response, and soon did. By 1942, Hugo was silenced and subsequently reassigned to the diocesan hinterlands. He was only vindicated fifteen years later. 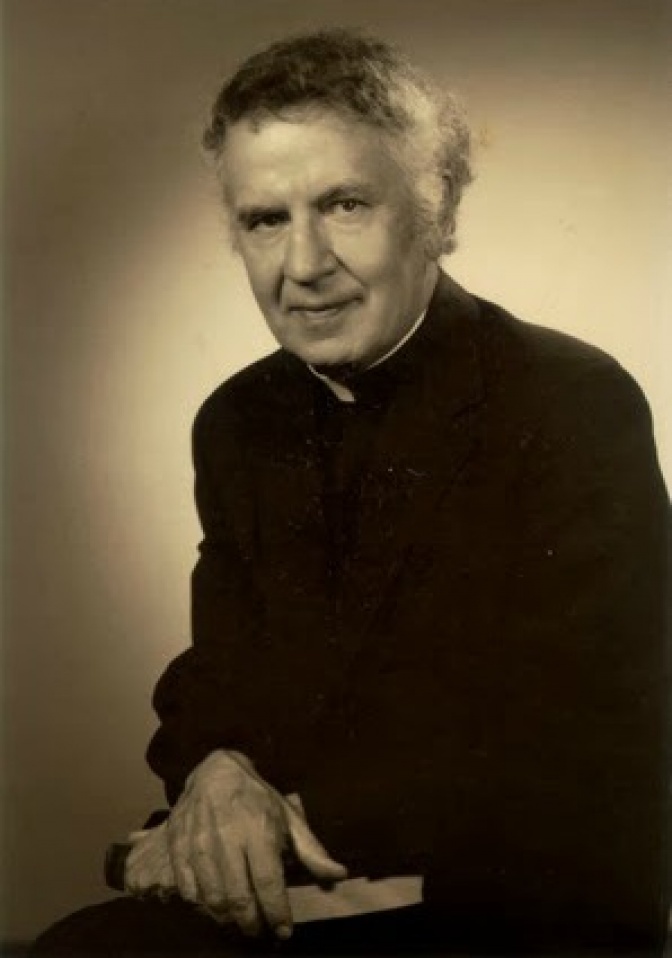 A second part of Peters’s project is to make the case for Hugo’s significance as a mid-twentieth-century American theologian, someone to be engaged and reckoned with. He attempts to do this by contrasting Hugo and his critics at the time, many of whom now seem passé following Vatican II. To make his case, Peters links Hugo with other pre–Vatican II dissidents who were put under wraps prior to the council but later reinstated, people like M. D. Chenu, Yves Congar, and Henri de Lubac. But the comparison limps, and Peters rightly admits that “Hugo’s work is clearly less theologically sophisticated, and his sources much more limited.”

What may prove still more provocative and incendiary, however, is Peters’s attempt to portray as deficient a whole generation of contemporary American Catholic theologians who “have tended to uncritically affirm American society and culture.” He argues that “Hugo’s theology offers an alternative to the public theology that is so influential in American Catholicism now,” and he names names. (A partial list includes J. Bryan Hehir, David Hollenbach, Kenneth and Michael Himes, Kristen Heyer, Richard Gaillardetz, and David O’Brien.) He then contrasts them to “radical” theologians like Michael Baxter, William Cavanaugh, Michael Budde, and David Schindler, whom Peters praises for their “counterculturalism” and their “commitment to fundamental Gospel values.” Let’s hope such remarks are not the prelude to another Hugo-like controversy within the American Catholic theological community.

As for my understanding of Day, Hugo, and his influence on her, Peters is correct to note the importance of their encounter and how they supported one another’s endeavors. Still, he overstates the matter when he suggests Hugo’s theology “offered Day a way to discern how to engage with American society and culture.” Long before meeting Hugo, Day had been doing just that. It was, in fact, thanks to Day that Hugo himself became aware of such issues. Second, Peters writes that Hugo was “the primary source for a vision that shaped [Day’s] life—one that brought about her ‘second conversion.’” But this smacks of historical revisionism. While it is true that Hugo provided some remarkable tools that were crucially important in Day’s life—from the war years until her death—the primary source of her “theological vision” was unquestionably the gospels. As for her “second conversion,” if there was one, it must be attributed to Peter Maurin (1877–1949), cofounder of the Catholic Worker movement. Her “first conversion” had resulted from the birth of her daughter Tamar. Unfortunately, Tamar herself came to see the Hugo retreat—particularly what she considered its negative effect on her mother—in a decidedly critical light (see Kate Hennessy, Dorothy Day: The World Will Be Saved by Beauty, 2017).

A final word on this volume’s appendix. I compared the facsimiles of Dorothy’s notes from the 1942 retreat with those from her 1976 retreat. (Unfortunately, the transcriptions of Dorothy’s handwriting in this volume are sometimes inaccurate.) In comparing the two sets of notes, I was struck at how Hugo seems to have mellowed over the years. While the basic tenets of the earlier retreat remain in Dorothy’s later notes, a greater pastoral sensitivity reigns. Second, whereas the epistles set the tone in the 1942 notes, that role now belongs to the gospels. Finally, there is a greater use of outside sources and examples that enliven the ’76 notes (including mentions of Dante, Dostoyevsky, Shakespeare, Rabbi Heschel, Bonhoeffer, Teilhard, C. S. Lewis, Chaim Potok, even Sartre). Whether these are interpolations added by Dorothy, we’ll probably never know. Still, the overall contrast from the earlier retreat is striking.

In January 1973, Day wrote a letter of thanks to supporters of the Catholic Worker. In it she noted that Fr. Hugo was “the most exciting teacher of applied Christianity it has ever been my good fortune to meet.” She then remarked on how he had taught her to “sow time”—that if you give up time to respond to others’ needs, even when most inconvenient, you will be given the time and energy to achieve what you need to do. Then she concluded her letter: “So I’ll finish this, adding only that 5 knocks at my door, five visitors, five conversations (all interesting) interrupted this letter. Love, gratitude, and peace to you all, Dorothy.”

The Part He Played