President Barack Obama and his supporters, along with many Republicans, have called on Mitt Romney to release more of his tax returns. Romney has put out a financial disclosure form and released his 2010 returns. He promises to make public his 2011 return once it is finished. He is adamant, however, that he has no obligation to provide his fellow citizens with more information. “Those are the two years people are going to have. And that’s—that’s all that’s necessary for people to understand something about my finances,” he told CNN. Interviewed by ABC, the candidate’s wife, Ann Romney, reiterated her husband’s strangely defensive stance: “We’ve given all you people need to know and understand about our financial situation and how we live our life,” she said.

Romney is an extremely wealthy man, and he complains that releasing additional tax returns will only give the Obama campaign more ammunition with which to attack him. Obama, Romney contends, is trying to distract voters from his own failure to revive the economy. Unfortunately for Romney, it has been routine at least since the Watergate scandals of the 1970s for presidential candidates to release multiple years of tax returns. Romney’s own father released twelve years’ worth of his returns when running for president in the 1960s. Worse, the information Mitt Romney has already disclosed showed that he paid only 13.9 percent of his income in taxes and has used numerous foreign accounts to shelter assets from taxation. (Romney also advocates eliminating taxes on the foreign earnings of American corporations.) This is perfectly legal, of course, but it does not sit well with many Americans who already suspect that our economic system is rigged in favor of the wealthy.

Romney claims that because he is a successful businessman he has the skills to fix the economy. Obama doesn’t know how the economy works, he charges. Yet Romney has been quite vague about what he would do to lower unemployment and bring the nation out of its economic slump. Predictably, he promises to cut “wasteful” government spending, abolish “burdensome” business regulation, and lower corporate and individual tax rates (already the lowest in sixty years). In other words, he seems determined to pursue policies that over the past thirty years have hollowed out the middle class, significantly shifted wealth to the top 1 percent, and led to rampant speculation and collapse in the financial sector. Does he think the American people want more of the same?

In fending off calls to release more of his returns and to explain fully his role and tenure as CEO and owner of Bain Capital, Romney accuses Obama of attacking “success.” When you attack success, Romney says, “you get less of it.” This is silly and egoistic. Raising questions about what Romney did at Bain, and how Bain made hundreds of millions for its partners while most Americans fell behind economically, is hardly an “attack” on the idea of success. (Besides, is it likely that a person who rises to the presidency has an underdeveloped appreciation of success? By most measures, Barack Obama has had his share of it and seems to enjoy it.)

In limiting access to his tax returns and complaining about “personal” attacks, Romney is trying to avoid a serious debate about the role of private equity firms such as Bain in the modern economy. Romney was the founder and moving force behind Bain’s very profitable practice of buying companies while risking little of its own money, loading up the companies with debt, and charging handsome fees for its “services.” Often the result of these takeovers was lost jobs, closed factories, and bankruptcy. Many argue that in the era of globalization these sorts of leveraged buyouts are necessary, creating more-efficient businesses and benefiting consumers. Others argue that Romney and his partners profited disproportionately while exposing others, especially workers, to most of the risk. One thing is certain: Private equity is in the business of creating wealth for the firm’s partners, not jobs for Americans. Whether this sort of “creative destruction” has in fact been good for the country as a whole is the question. No one doubts that it has been exceedingly good for Mitt Romney.

Presidential campaigns often turn on unforeseen events or even trivial controversies. It would be a shame if the 2012 race deteriorated further into name-calling about Obama’s supposed disdain for success or Romney’s seemingly contradictory statements about when he left Bain. These two candidates have very different ideas about the proper role of government and the responsibilities of business and corporations. Knowing more about Romney’s taxes will help clarify those differences for voters. Romney shouldn’t shy away from defending his “success,” or from letting the American people know exactly how he honed the skills he insists will right the nation’s economy. They have a right to know. 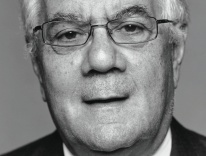 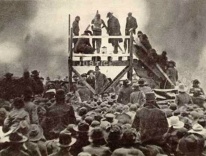 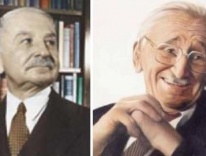