The Dialogue of Fraternity 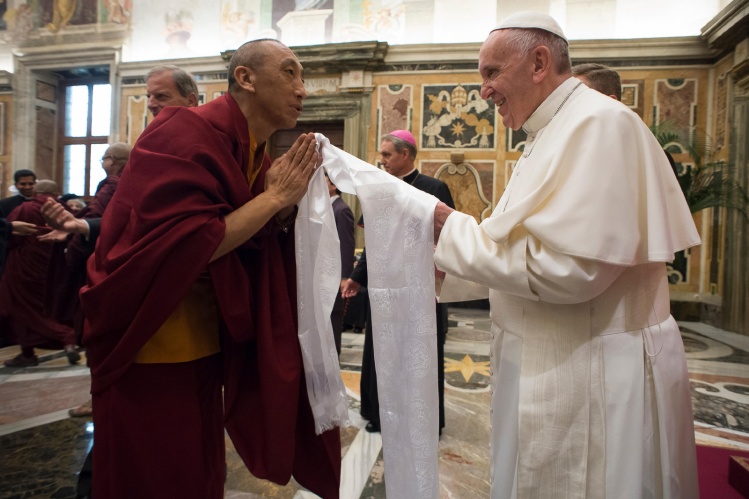 “Ours is not a relation of ‘tea and sympathy,’ that is not my way, and it is not Bergoglio’s way.” Abraham Skorka, a prominent rabbi in Buenos Aires, was answering a reporter’s question about his close friendship with Pope Francis. “We must advance by building bridges, through a living dialogue; not a dialogue of words, but a dialogue of actions that reflect our commitment.” The rabbi’s friend has now been pope for more than four years. What is he saying about interreligious dialogue?

Every pope since the Second Vatican Council has provided a vision of how the church is to pursue its ministry of interreligious engagement. Paul VI was no exception. In Ecclesiam suam, Pope Paul gave an extended reflection on “dialogue,” a term that, back in 1964, had only recently come into currency in Rome. Dialogue is a “mental attitude” that Catholics must embrace as they engage the modern world in the spirit of the council. More specifically, Paul called for a “dialogue of salvation” in which the most basic questions of human life might arise.

John Paul II’s agenda was based on his deep belief in the universal working of the Holy Spirit. Citing Gaudium et spes repeatedly, he reminded us that we ought to believe that “the Holy Spirit in a manner known only to God offers to every man the possibility of being associated with [the] paschal mystery.” The working of the Holy Spirit can be present even in the many other religions created by the human heart touched by the Spirit. The outpouring of the Holy Spirit, therefore, provides a basis for affirming a universal human spirituality. In an important 1995 address to the Pontifical Council for Interreligious Dialogue (PCID), John Paul called for a “dialogue of spirituality,” based on his recognition of this universal human spirituality. The church’s dialogues must reflect “a universal vocation to holiness.” The historic interfaith meetings at Assisi bear testimony to John Paul’s beliefs in this regard.

Benedict XVI had significant reservations about interreligious dialogue. He warned against a shallow eclecticism in regard to disparate religious teachings and what he called, in another context, the “dictatorship of relativism.” In an address to the PCID, Benedict praised the dialogue of spirituality, as promoted by John Paul II, but cautioned that “the great proliferation of interreligious meetings around the world today calls for discernment.” The church’s encounter with other religious believers must be based on “truth” as well as “charity.”

What can be said of Pope Francis and interreligious dialogue? In June, 2015, Cardinal Jean-Louis Tauran, president of the PCID, spoke to a meeting of Catholics and Buddhists who had gathered at Castel Gandolfo as part of the Vatican’s observance of Nostra aetate’s fiftieth anniversary. “In a world where diversity is seen as a threat,” Tauran observed, this gathering should be seen as a “commitment to human fraternity.” Since the council, dialogues between Catholics and Buddhists, in various part of the world, were focused on theological questions and spiritual practices. A similar statement can be made, to a lesser or greater extent, for the church’s engagement with other religious traditions. Now Cardinal Tauran was asking for a “new form of dialogue” that would build on the more traditional encounters “by fostering interreligious collaboration” aimed at addressing social problems. The cardinal made clear that the impetus for this initiative is coming from Pope Francis himself. Francis believes that the time has come for Catholics to invite their neighbors who follow other religious paths to a “dialogue of fraternity.”

What does the pope mean by “fraternity” and what will this mean for interfaith encounters? In my view, answering these questions requires us to look into how the church’s social ethics has formed Pope Francis’s pastoral imagination. “Fraternity,” for Francis, is a pastoral appropriation of the more technical principle of “solidarity” as found in the social teachings of John Paul II. John Paul developed his notion in Sollicitudo rei socialis, where he addressed the ethical challenges of globalization. After taking note of the growth of the social, economic, and political interdependence, John Paul warned against a “moral evil” in which the ethical failures of individuals contribute to the construction of “structures of sin.” Then, he made what can only be called an affirmation of faith that is critical to understanding Pope Francis’s notion of fraternity. John Paul wrote that a proper recognition of the structural character of sin brings us to “the path to be followed in order to overcome it.” Our response to structural evil cannot be limited to “a feeling of vague compassion or shallow distress at the misfortunes of so many people, both near and far.” Rather, what is required is a commitment to the common good. For John Paul, this commitment constitutes the “virtue of solidarity.”

“Fraternity,” in the writings of Pope Francis, has deep affinities with this virtue. This can be seen in the 2007 Latin American Bishops’ Conference Aparacida document, which was supervised by Jorge Bergoglio, as well as in Evangelii gaudium and Laudato si’. At Castel Gandolfo, however, Cardinal Tauran advised us to look to the pope’s 2014 Message for the World Day of Peace for a succinct statement of Francis’s view.

Francis begins his 2014 message with language reminiscent of John Paul’s concerns about “interdependence.” First, Francis takes note of the “ever-increasing number of interconnections and communications in today’s world” that should make us aware of the “common destiny of the nations.” Also in keeping with John Paul’s encyclical, Francis laments the fact that the moral demands of this emerging situation are often obscured by “the globalization of indifference.” Finally, Francis sees in our interdependence the seeds of a “vocation to fraternity.” For John Paul, the proper ethical response is to work for the common good by practicing the “virtue of solidarity.” For Francis, the proper response to the globalization of indifference is to embrace the “vocation of fraternity.” John Paul uses the language of political science (“interdependence,” “solidarity”) and Christian moral theology (“virtue”). Francis, without abandoning John Paul’s terminology, turns to the pastoral language of Christian spirituality (“vocation,” “fraternity”).

Moreover, the link between fraternity and solidarity can be seen in the proximity of these two terms as deployed in Francis’s 2014 message. For example, Francis teaches that “inequality, poverty, and injustice” are indications of not only a “lack of fraternity,” but also “the absence of a culture of solidarity.” He goes on to argue that the pursuit of peace is an “opus solidaritatis” and that “fraternity is its principal foundation.” In addition, the “spirit of fraternity,” according to Francis, places on the privileged the “the duty of solidarity.”

What will it mean if the Catholic Church reorients its encounters with those who follow other religious paths according to Francis’s emphasis on fraternity? This question cannot be answered yet for a number of reasons. First, each of these conversations has its own specific character. In our dialogue with Jews, for example, questions arise that are quite different from those that arise with Hindus or Sikhs. A dialogue of fraternity may very well increase these differences. Second, Catholics should not presume that those who follow other faith traditions are interested in, or capable of, a dialogue of fraternity. For example, a dialogue of fraternity with “engaged Buddhists” in Taiwan would seem to be full of promise. A dialogue of fraternity with Buddhist nationalists in Sri Lanka would seem to be considerably less promising. What would a similar encounter look like in Israel with Jews and, just a few miles away, with Muslims in Palestine? Third, we must remember that terms whose meaning seems self-evident to Catholics may be incomprehensible or even alarming to others. Many Buddhists, for example, believe that the assertion of human rights actually contributes to what they call “social suffering.” “Social justice” is a Christian term that has no precise equivalent in their tradition.

Our interfaith partners will have to discern from the perspective of their own tradition if they are willing to enter into a dialogue of fraternity and, if so, how they might do so. A Muslim’s understanding of terms like fraternity, solidarity, and justice may be very different from a Catholic’s. I hasten to add that this should be seen as an opportunity for mutual enrichment, not a problem to be overcome.

In one respect, Francis’s hope is not at all new. Nostra aetate itself calls for such engagement. The council’s Declaration on the Relation of the Church to Non-Christian Religions exhorts us to “recognize, preserve, and promote the good things, spiritual and moral” to be found in the lives of those who follow other religious paths. But the declaration enjoins us to do this not only by means of dialogue. The council invites us to do this by means of “dialogue and collaboration” (“per colloquia et collaborationem”). We might say that the first Latin American pope has read the fine print and is showing us the way to reap the blessings of Nostra aetate anew as we begin its next fifty years. 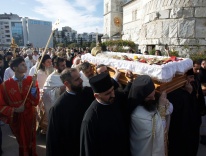 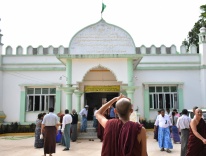 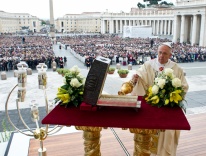