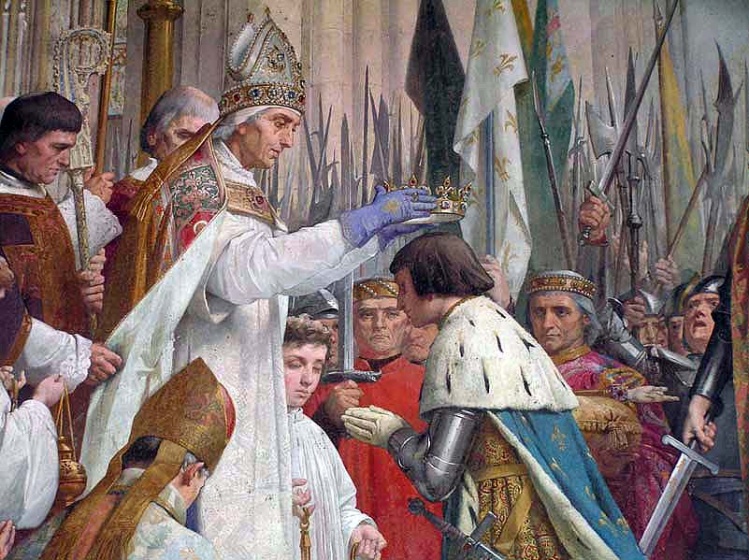 One of the most troubling developments in the current debate on religion and politics is the renewed characterization of liberal democracy as a bigger threat to Christian morality than any other political system. This is not just a return of the old legitimist doctrine that nondemocratic systems and monarchies are more Christian than democracies; rather, it’s a general crisis of the theological-political alignments of the twentieth century. Catholic anti-liberalism is trying once again to cast serious doubts on the idea that democracy and Christianity are even compatible. This is a sign that what Ross Douthat has called “the John Paul II synthesis” is in crisis, while demonstrating as well that John Paul II was not a neo-conservative pope.

In Tertio millennio adveniente (1994), his apostolic letter introducing the church to the third millennium, John Paul II wrote that “the Second Vatican Council is often considered as the beginning of a new era in the life of the Church. This is true, but at the same time it is difficult to overlook the fact that the Council drew much from the experiences and reflections of the immediate past, especially from the intellectual legacy left by Pius XII” (italics in the original).

In that legacy there is also Pope Pius XII’s radio message of December 1944, what French historian Jean-Dominique Durand has called the pontiff’s “baptism of democracy.” Delivering it on the eve of the last Christmas during World War II, Pius XII said:

[U]nder the sinister glow of the war that surrounds them, in the burning heat of the furnace in which they are imprisoned, the peoples have awakened from a long torpor. They confronted the state and faced their rulers with a new, questioning, critical, wary attitude. Tempered by a bitter experience, they oppose with greater impetus to the monopolies of a dictatorial power, unquestionable and intangible, and demand a system of government, which is more compatible with the dignity and freedom of citizens.

Pius XII quoted Leo XIII’s encyclical Libertas (1888), which affirmed that “it is not of itself wrong to prefer a democratic form of government, if only the Catholic doctrine be maintained as to the origin and exercise of power. Of the various forms of government, the Church does not reject any that are fitted to procure the welfare of the subject; she wishes only—and this nature itself requires—that they should be constituted without involving wrong to any one, and especially without violating the rights of the Church.”

Less than four months after the death of Pius XII, his successor, John XXIII, announced the Second Vatican Council—whose teachings on the social and political message of the church are often ignored or avoided by Catholics who talk about the church’s disposition towards the political question, even though Vatican II is integral part of the Catholic tradition and of the official teaching of the church. For neo-traditionalists, the problem is that Vatican II substantially redefined “the rights of the church.” It elaborated a theology of the secular world and founded on the Catholic “baptism of democracy” celebrated towards the end of World War II—while adding significant new elements to it, especially freedom of religion, freedom of conscience, and a post-Hiroshima theology of war and peace. Building on John XXIII’s last encyclical, Pacem in terris (April 11, 1963), Vatican II ushered in a new understanding of the Catholic view of the secular nation-state, democracy, and individual rights, especially in the pastoral constitution Gaudium et spes and the declaration on religious liberty Dignitatis humanae. It was a theology growing out the defeat of totalitarianism and authoritarianism (which, until the war, many Catholics supported) in Western Europe and the rejection of communism dominating Eastern Europe, Russia, and China. The Catholic Church came to terms with the new international, post-colonial, liberal-democratic order: it was officially post-fascist and anti-communist, despite the institutional church’s support for some fascist regimes (Spain, Portugal, Latin America) even long after the end of Vatican II, and despite the fact that millions of Catholics in Western Europe voted for communist parties.

For neo-traditionalists, the problem is that Vatican II substantially redefined “the rights of the church.”
sharetweet

The post-Vatican II period saw a development of this theological and magisterial shift. There was, for example, Paul VI’s apostolic letter Octogesima adveniens (1971), which acknowledged the pluralism of political options for Catholics: “While recognizing the autonomy of the reality of politics, Christians who are invited to take up political activity should try to make their choices consistent with the Gospel and, in the framework of a legitimate plurality, to give both personal collective witness to the seriousness of their faith by effective and disinterested service of men.”

Today, almost sixty years after the announcement of Vatican II in 1959, Catholics are left to wonder how their church can guide them in understanding their political options in this new world “dis-order” shaped by, among other things: 9/11 and the insufficiency of military action in establishing a more secure, peaceful, and just world; the decline of American world leadership and the emergence of new authoritarian regimes (especially China and Russia); the paralysis of the European project; the inability to address widening gaps in social and economic equality both globally and within individual countries; and the rise of populism and ethno-nationalism in response to a new oligarchy of technocrats-without-borders. All of this is influencing how younger people think about democracy; polls show that millennials are not simply less interested in it, but also losing faith in it as a viable system.

Are younger Catholics just as pessimistic? How is the return of anti-liberalism affecting them specifically? It’s important to note that today’s version of Catholic anti-liberalism is not the same as that which prompted Catholics to vote for the Fascists in Italy or the Nazis in Germany. Until the mid-twentieth century, Catholic anti-liberalism assumed that anti-republicanism and opposition to democracy and popular sovereignty—and, of course, to communism—were the only possible Catholic positions. Today’s version stems from the disappointments of the last few decades, and has challenged assumptions typical of the period between Vatican II and the beginning of the twenty-first century.

One important element in contemporary Catholic anti-liberalism has to do with the legacy of the “culture wars”—the linking of liberal and secular democracy with attacks against the sanctity of life. Now, there is no question that secular progressive governments have become more dismissive of the sensibility of citizens who have religious convictions, as demonstrated by the recent furor over the Canadian government’s summer jobs program and a pitched debate about rights, beliefs, freedoms and the power of the state.

Yet this also seems to be a forgetting of history. I am not referring to well-known liberal causes like opposition to racism, militarism, and anti-Semitism (the causes that fascist regimes are known to support). What I find disturbing is the assumption that liberal democracy simply by virtue of liberalism is to blame, say, for the legalization of abortion. In his Moscow Diary, for example (December 1926-January 1927), Walter Benjamin wrote of the disruption of traditional marriage in early Soviet Russia as a relic of the bourgeois epoch. In 1936, Soviet Russia under Stalin also passed one of the strictest anti-abortion policies in the world in order to stimulate the birth rate.

On the other side of the ideological spectrum, authoritarian and anti-communist regimes sought the support of Catholic hierarchies by legislating according to doctrines of Catholic sexual morality. One of the reasons for criticism of Paul VI’s Humanae vitae (1968) was the consonance between pre-Vatican II prohibition of contraception and the legislation of authoritarian and totalitarian regimes on the matter. Humanae vitae was compared to the fascist-era legal prohibition of contraception and the corresponding censorship of information on birth control. Catholic rejection of modern medical technology had to contend with the legacy of the secular and anti-fascist rejection of the sexual and abortion politics of Mussolini’s pro-natalist regime, where the prohibition of contraception was justified by the need for nation-building.

Younger Catholics who are drawn to anti-liberalism and who have developed a sensibility for life issues different from that of their parents and grandparents may be seeking an alternative system that enshrines pro-life values. But they may also be failing to note the tragedies that have occurred at the hands of non-democratic leaders and movements, including those related to life issues. The assault on the sanctity of life, as expressed in support for abortion and contraception, did not begin with liberal democracy.

Catholic social teaching gives Catholics the ability to assess the moral and political crisis of a nation (and of a democracy) without rejecting the idea of the nation-state and of the legitimacy of a political authority that is pluralistic, non-confessional, and respectful of secular and non-Christian or post-Christian identities. What Tony Judt said in his last public lecture in October 2009 about our necessity to “think the state” is also an urgent need for Catholics today—particularly in the West, given the contribution of the Catholic intellectual and magisterial tradition to the constitutional and political questions of the last hundred years. It is worth remembering that the failure of Catholics to make the case for democracy, and their dream for a return to the “golden age” of medieval Christendom, were key factors in the rise of authoritarian regimes in the twentieth century.