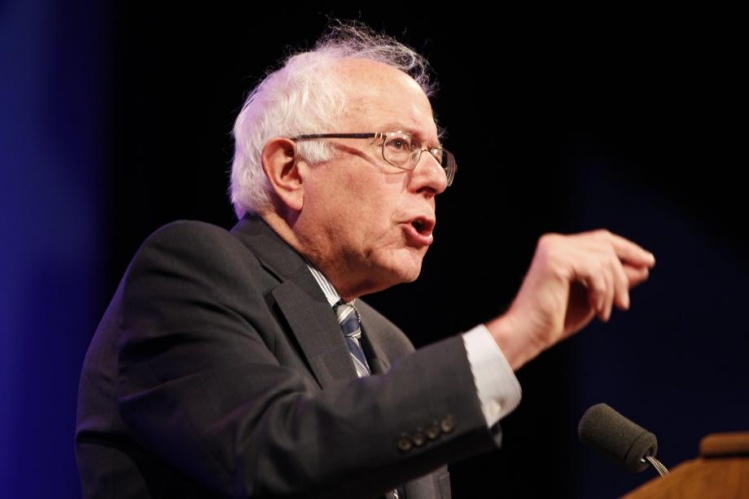 This presidential-primary season remains uncommonly depressing. The media, driven by dependence on page views and social-media clicks, fixate on Republican candidate Donald Trump’s every demagogic utterance, providing what amounts to free advertising. When the Trump campaign released its first television spot earlier this month, for example, the Huffington Post’s monitoring service, TVEyes, counted that within twenty-four hours Fox, MSNBC, and CNN had featured the ad an astonishing sixty times during news segments.

The Democratic National Committee deserves at least some blame for this. By scheduling a paltry six debates—the Republicans lined up twelve—it ceded the airwaves and news cycles to the GOP’s antics. Stranger still, half the Democratic debates were scheduled for weekends, when viewership was sure to be low.

That is a shame, because the two leading Democratic candidates, Hillary Clinton and Bernie Sanders, have conducted a remarkably substantive debate on a range of issues, not least regarding their proposals for helping strapped workers and the shrinking middle class, and their divergent approaches to regulating the financial sector. With an array of economic anxieties and grievances feeding populist frustration on both the left and the right, these bread-and-butter issues are even more critical than usual.

Consider the candidates’ plans for “reining in” Wall Street, presented last month in dueling op-eds for the New York Times. Clinton slammed Republicans and vowed to fight for “tough new rules, stronger enforcement, and more accountability that go well beyond Dodd-Frank.” Bernie Sanders asserted that “Wall Street is out of control” and focused on reforming the Federal Reserve—proposing to make it a more “democratic” institution that will work for small businesses and ordinary Americans. Clinton pointedly noted that the Glass-Steagall Act, which separated ordinary commerical banking from investment banking until it was repealed under her husband’s administration, would not have prevented the financial crisis; Sanders closed his op-ed by arguing that Glass-Steagall needed to go back on the books. Clinton also claimed, in cautious language, that the federal government needed “the authority and tools necessary to reorganize, downsize, and ultimately break up any financial institution that is too large and risky to be managed effectively.” Sanders straightforwardly contended that he would break up our “too-big-to-fail financial institutions”—many of which are bigger now than before they were bailed out.

These proposals mark real differences between the candidates, not semantic quibbles. Clinton’s plans aim to stop bad behavior on Wall Street by creating incentives and rules that discourage recklessness: imposing higher risk fees on big banks, strengthening the Volcker Rule, and using executives’ bonuses to pay for part of the fines imposed for their companies’ crimes. Sanders wants to change the scale and structure of financial institutions; he believes that setting a limit on how big banks can become and reestablishing Glass-Steagall’s “firewall” can diminish the power of the financial sector over our economy and political system.

These disputes have only intensified as the Iowa caucuses approach. Clinton has hit Sanders from the left, claiming that her plans are actually tougher, especially on “shadow banking”—unregulated borrowing and lending by banks and other financial institutions. Clinton just wants to regulate this activity, while Sanders would rather contain and minimize it with a twenty-first-century Glass-Steagall Act.

Sanders fought back in a blistering speech earlier this month, fulminating that “fraud is the business model on Wall Street,” and providing examples. He reiterated why he differs with Clinton over shadow banking, and rehearsed a litany of other proposals: breaking up “too-big-to-fail” banks and insurance companies within one year; capping credit-card interest rates at 15 percent; allowing the Post Office to offer basic banking services. He also railed against the Wall Street executives who never went to jail for their role in causing the financial crisis—the speech was marked by words such as “greed” and “rigged”—and underscored the vast inequalities of American society.

Clinton, as Sanders has reminded us, receives ample financial support from Wall Street. Since leaving the State Department she has made nearly $3 million in speaking fees from twelve large financial firms. And it’s true that her proposals—pitched to “the struggling, the striving, and the successful”—seem geared toward making the existing economic order safer and steadier, not fundamentally changing it.

But how much change really can happen with intransigent Republicans in control of Congress? And what electoral risks come with aiming for “political revolution,” as Sanders does, rather than reform? These are questions the two candidates, as well as all conscientious voters, should continue to argue about in the months ahead. But this much is certain: The only meaningful debate about the future of the American economy is happening within the Democratic Party. We should give it all the attention it deserves.