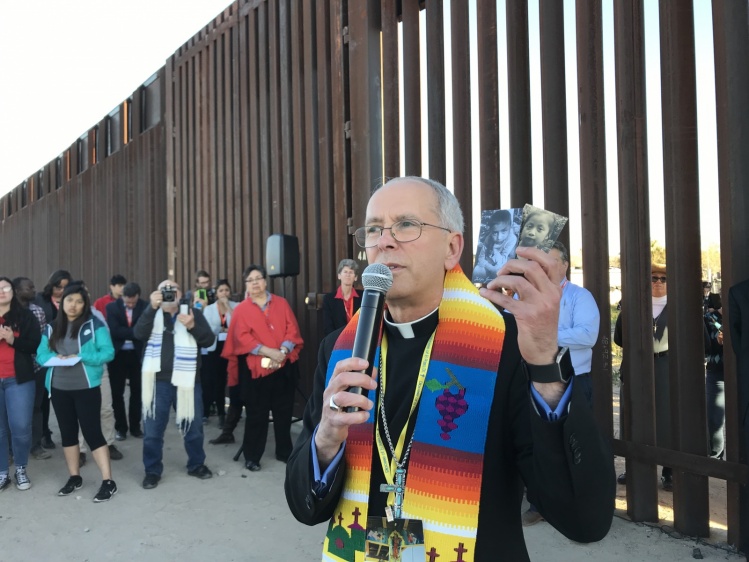 Much has been written, in these pages and elsewhere, about how the sex-abuse crisis has undermined the credibility and moral authority of Catholic bishops. Their many failures in addressing that crisis have diminished their ability to bear prophetic witness to the Gospel at a moment when this country is in desperate need of it. The mostly self-inflicted wounds to episcopal authority will not heal overnight, as at least some of the bishops appear to understand. It takes a long time to build trust, and longer still to rebuild it.

Now another crisis could provide an occasion for the bishops to show that they are more than just company men preoccupied with institutional self-preservation—if only they would recognize this opportunity and seize it. The Trump administration’s vicious mistreatment of undocumented immigrants and asylum seekers, most of them Catholics from Central America, demands a vigorous response from the church’s leadership. That response cannot be limited to carefully modulated expressions of even more carefully qualified disapproval—nor indeed to any mere expression: it must also involve actions. If, in the abuse crisis, the U.S. bishops got in trouble by trying too hard to protect themselves and the material resources of their dioceses, in this crisis they can succeed only by taking risks and making some serious sacrifices.

Among the things they may have to surrender is their cozy relationship with the GOP. Afraid of alienating a party they still want to influence, and grateful to it for its official opposition to abortion, the U.S. Conference of Catholic Bishops has so far been unwilling to denounce Trump’s border policies as emphatically as it denounced the Obama administration’s contraception mandate. The latter was treated as an existential threat to the Catholic faith in America, while the former has too often been lamented as if it were just a lapse of judgment, perhaps a little excessive. The circumstances require something much stronger.

Bishops are pastors before they are property managers, and they must be ready to override the advice of their lawyers.
sharetweet

Something like what Bishop Mark J. Seitz of El Paso, Texas, did on June 27. First, he led a group of migrants who had been denied entry to the United States across the Good Neighbor International Bridge into Ciudad Juárez. Then, after speaking and praying with priests and activists gathered there, Seitz walked with seven other migrants back across the bridge into El Paso, where they were met by border officials. The bishop reports that a “tense” exchange followed, but in the end these migrants were all allowed to enter the country.

Before crossing the bridge into Mexico, Bishop Seitz spoke the following words:

That such questions now need to be asked indicates the gravity of the situation. This is not a time for the bishops to pull their punches or hedge their bets. This is a time for them to call on Catholics to do whatever it takes to assist those who are being rounded up in ICE raids or detained in wretched, dehumanizing conditions at the border; a time to demand that children separated from their families be reunited with them as soon as possible.

Whatever-it-takes may include civil disobedience; and if it does, then the bishops should lead by example. When seventy Catholics, including men and women religious, were arrested near the U.S. Capitol during a recent demonstration against President Trump’s border policies, several bishops issued statements of strong support for them. So long as those policies remain in force, there should be more such protests all over the country, and the bishops themselves should participate, even at the risk of arrest. A few Catholic parishes and retreat centers have offered themselves as sanctuaries for families in danger of being separated by ICE agents. That is a good start. Now the bishops should collectively encourage Catholic churches throughout the country to do the same, and they should show they’re serious about this by turning vacant diocesan buildings into sanctuaries and opening the doors of their own chanceries to those in need of refuge. This may entail serious legal complications. If it does, so be it. Bishops are pastors before they are property managers, and they must be ready to override the advice of their lawyers. It’s time for them to join Bishop Seitz—to cross the bridge from cautious criticism of the Trump administration’s cruelties to open defiance of them.