Cracking a Smile at Death 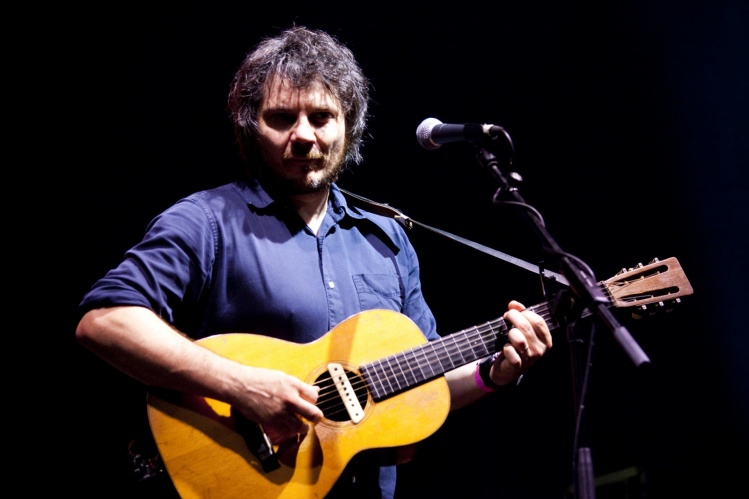 There’s a scene in Jonathan Safran Foer’s novel Here I Am in which an exasperated Jewish dad named Jacob Bloch takes the family dog, Argus, to be euthanized. Jacob has resisted this moment for years, but the dog is old and incontinent and suffering in a way he no longer can ignore. As the veterinarian prepares the needle, Jacob has the following thought: Life is precious, and I live in the world.

That scene came to mind as I read Let’s Go (So We Can Get Back), the new memoir by songwriter and Wilco frontman Jeff Tweedy, described by the writer George Saunders as “our great, wry, American consolation poet.” Jacob Bloch’s revelation in the vet’s office is something Tweedy has been singing about for years: namely, that all of us are dying, and any attempt to make sense of life has to start with that. If there’s a unifying theme in Tweedy’s music, it’s the tension between the sacred and the mundane, those everyday experiences that come to life only when the cosmic reality of death enters the picture.

Tweedy also has a new solo album called WARM (with liner notes written by Saunders) that presents a view from mid-life—the point, Saunders says, when death appears not as an abstraction, but as a “big, indifferent train that, even at this moment, is rolling out of a station.”

This is Tweedy’s particular gift, to take dark subjects and make them more approachable.
sharetweet

Tweedy’s current sound is more country-tinged than anything he’s done since Wilco’s 1996 record Being There, haunted by echoes of deceased bandmate Jay Bennett’s twangy, faux-pedal steel-guitar licks. On a song called “Having Been Is No Way to Be,” Tweedy pushes back against critics who say his recent work lacks the creative urgency of Yankee Hotel Foxtrot or A Ghost Is Born, albums Tweedy made before kicking a painkiller addiction. “Now people say, what drugs did you take?” he sings. “And why don’t you start taking them again? But they’re not my friends. And if I was dead, what difference would it ever make to them?” The cliché of the tortured, self-destructive artist is a young person’s fantasy. In middle age, Tweedy says, artistic contentment is hanging out in the studio all day and playing in a made-up band called The Raccoonists with your two sons.

Tweedy’s music has been described as “dad-rock,” and it’s a label he doesn’t necessarily shun. “I don’t find anything undignified about being a dad or being rocking, you know?” he told Men’s Journal in 2012. Writing a book and starting a band with your kids are classic dad moves, but instead of dragging him into sentimentality, middle age has given Tweedy a clarity of focus that illuminates his memoir. Tweedy writes about losing his father in 2017, the basis for a song on his new album called “Don’t Forget.” Here, death is in the details: the long drive to say goodbye, willows bending by the graves, a sweat-soaked suit. “We all think about dying,” Tweedy sings. “Don’t let it kill you.” Tweedy seems to think about dying a lot. (Greg Kot’s 2004 book about the band is called Wilco: Learning How to Die.) In one section of his memoir, Tweedy writes about the eminently relatable experience of being at a social function and struggling to make small talk about something as trivial as baseball. “Every time somebody asks me, ‘How ’bout the Cubs?’ I want to respond with ‘Yeah, the Cubs, they’re going to die someday. Do you ever think about that? All of them.’”

Such excerpts might give the impression that Tweedy’s book is dour and depressing. Actually, it’s warm, lighthearted, and, like much of Tweedy’s music, subtly hilarious. This is Tweedy’s particular gift, to take dark subjects and make them more approachable. His music suggests that if you stare at something long enough, even something as terrible as death, you might be able to crack a smile.

Take a song from his new album called “Let’s Go Rain,” which cheerfully roots for a flood of Biblical proportions to wipe out humanity. “Once upon a time I was a Christian,” Tweedy sings. “Now when the sky speaks I’m going to listen / And when it’s pissing I’ll just figure I’m alone.” Tweedy converted to Judaism after his sons’ bar mitzvahs—his wife, Susan Miller, is Jewish—but describes himself as agnostic on matters of religion. The closest he comes to articulated belief is when he discusses the concept of a creator and the ability of humans to participate in the act of creation. “Nobody reaches the end of their life and regrets even a single moment of creating something,” he writes. Creation is a virtue unto itself, he says, and music is magic, the kind that can turn a memory of benign childhood neglect—Tweedy’s mother asleep in front of the television, cigarette still burning in her mouth—into an expression of tenderness and heartache.

The title of the book comes from a line Tweedy’s father would say whenever he was forced to leave his comfort zone: his chair in the family’s basement, a twelve-pack of Pabst Blue Ribbon at his side. To invert the title of a previous Wilco work, Tweedy could have called the book Learning How to Live. If there’s a lesson to be learned from middle age, it’s that coming and going are mostly an illusion; there is only being and not being, and to see each with clarity means seeing one in relation to the other. Instead of fearing what’s ahead, Tweedy writes, he’s finally ready to say, “Let’s go.” Or, to put it another way: here I am.

Austin Meek is a writer and musician who lives in Eugene, Oregon.

Step Back from the Darkness 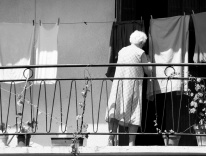 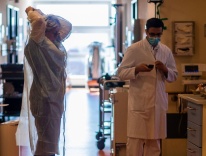 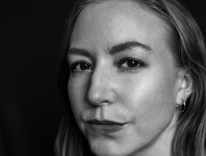