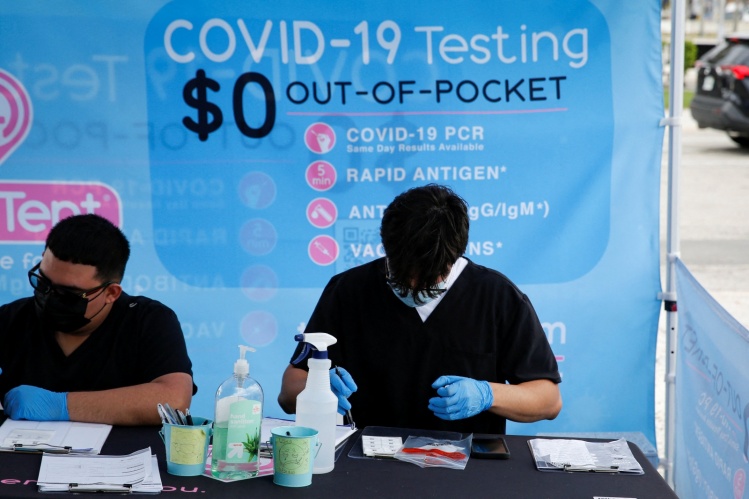 For nearly two years, lawmakers in both parties have unanimously approved emergency funding to combat the COVID-19 pandemic. Whatever money was needed—for testing, treatment, and vaccines—was fully granted immediately and with no strings attached.

That all changed suddenly in mid-March, when Congress, bogged down largely by Republican objections, scuttled the $15 billion pandemic-aid package requested by the Biden administration. The result is that the country may be caught off-guard yet again when the next wave of Covid arrives. And yet again the burden will fall mainly on the poor, the elderly, and the immunocompromised. The federal government will no longer be able to reimburse doctors, hospitals, and other providers for testing and treating uninsured patients. Federal shipments of monoclonal antibody treatments, already significantly reduced, will be halted entirely by May. The development of variant-specific vaccines and boosters will also be suspended.

For all our fatigue, wishful thinking, and widespread relaxation of mask and vaccination requirements, the pandemic is not over.
sharetweet

This reckless inaction couldn’t come at a worse time. For all our fatigue, wishful thinking, and widespread relaxation of mask and vaccination requirements, the pandemic is not over. While it’s true that cases, hospitalizations, and deaths throughout the United States are low and continue falling, China and Europe have seen new spikes caused by the highly transmissible BA.2 subvariant, also known as “stealth Omicron.” Fortunately, in spite of its contagiousness, BA.2 appears mild. The rise in cases has not been followed by an increase in hospitalizations and deaths (except, inexplicably, in the United Kingdom, where both have gone up). It’s now too late to prevent BA.2 from reaching our shores: the subvariant already accounts for more than 50 percent of Covid cases in the Northeast, and 30 percent in the rest of the country. While officials remain optimistic about the efficacy of vaccines and do not anticipate major social or economic disruption, Dr. Anthony Fauci is warning of a coming “uptick” in cases and cautioning Americans to remain vigilant.

Most Americans now appear to be ready to “live with the virus” and move on with their lives, and that is understandable. But about a thousand Americans are still dying of Covid every day. It would be a mistake to ignore this reality, or to drop all precautions prematurely. The Biden administration’s plan for pandemic preparedness is both sensible and affordable. The country needs the fourfold insurance policy it is proposing: increased testing capacity; accelerated, variant-specific vaccine development; wider availability of antiviral treatment options; and increased international aid for vaccines. Biden’s plan also includes two other good ideas: bereavement relief for Americans who have lost loved ones during the pandemic, and more “test to treat” funding, which would provide immediate on-site medical care for those testing positive. There should be no hesitation about funding such initiatives, and no delay.

Unfortunately, many Republican lawmakers don’t see it that way. Sen. John Thune has demanded that the money be appropriated from existing funds already earmarked for the states—a concession House Democrats have rightly refused. Sen. Roy Blunt has signaled greater openness to a deal, and the Democrats should take him up on it if they can. If Republicans are still serious about addressing the worst public-health crisis in a century, and not simply making Biden look bad, then Democrats will find the votes they need. If not, voters should remember the GOP’s calculated indifference in November.