How We Got from ‘Roe’ to Trump
By Leslie Tentler
Abortion
Books
U.S. Catholicism
Bishops 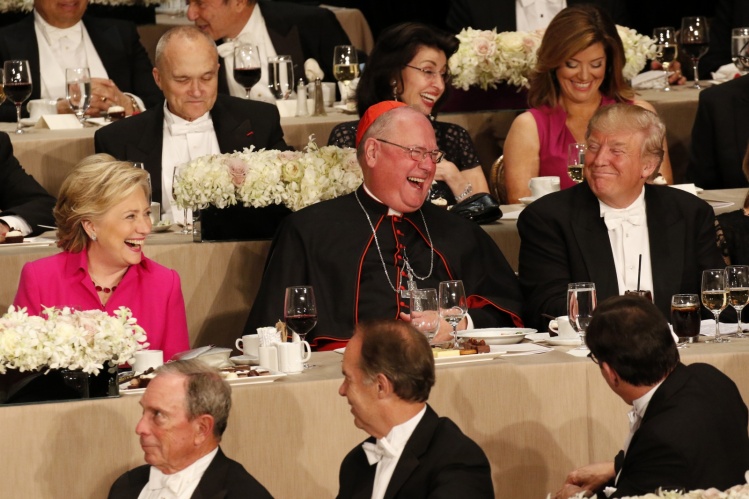 We will never know how many Catholics voted for Donald Trump. Suffice it to say that, whatever the number, it was uncomfortably large. Nor can we know the reasons for their deeply troubling choice. The best we can do is speculate, as Steven P. Millies does throughout his new book, Good Intentions. He does so intelligently, and I wouldn’t quarrel with his conclusions. But since he does not address the important variables of age, class, gender, ethnic origins, and place of residence, his analysis does not run deep. He does do an excellent job, however, when it comes to the nation’s bishops, who since 1973 have been more assertively political than at any time in our history. If Catholic voters are just as polarized as their non-Catholic fellow citizens, the bishops are at least partly to blame. Such is the message of Millies’s book, and he makes a sturdy case.

Roe v. Wade, central to Millies’s story, initially met with something close to unified opposition from Catholics, in part because the decision was so radical. (No western European country even today has as few restrictions on abortion as the United States.) A good many prominent Democrats, including Senator Edward Kennedy, also expressed disapproval. Within days of the decision, a Catholic congressman from Maryland proposed a human-life amendment to the Constitution, which the bishops quickly embraced as the best means for overturning Roe. But how should such an amendment be worded—there were soon rival versions in circulation—and what would it mean for the specifics of abortion law? Even prior to Roe, no state had a law of abortion fully congruent with Catholic teaching, since even the most restrictive permitted abortion to save the life of the mother. Did the bishops envision a regime where abortion would never be permitted, no matter what the popular will? If so, how would such a law be enforced? The bishops never addressed these questions, which left Catholic lawmakers on their own.

The 1976 Democratic Party platform repudiated all versions of the human-life amendment, and candidate Jimmy Carter reluctantly signed on. Although Carter opposed abortion personally and believed that the state should not promote it, the bishops’ conference insisted that he repudiate the offending plank and went public with its distress when he did not. Republicans, on the other hand, did endorse a human-life amendment, and the bishops’ praise for their stance was widely perceived to be an endorsement of Gerald Ford. Conference staffers were reportedly troubled by this “dangerous involvement in partisanship and an unjustified narrowing of the church’s social concerns” to the single issue of abortion, with Father Bryan Hehir predicting—all too accurately—that partisanship among church leaders would eventually divide the faithful. No church leaders sought this outcome. But partisanship and division were inevitable once the bishops embarked on a crusade to overturn Roe, a crusade that in Millies’s telling has lacked both prudence and humility.

Even in 1976, when the Republican candidate had a frankly pro-choice wife, the Republican Party was targeting Catholic voters. The courtship intensified in 1980 and continued thereafter. Catholic voters, for their part, had since the 1950s had been drifting toward the Republican Party for reasons other than abortion, as leading Democrats were aware. As the women’s vote became increasingly important for the party, most prominent Democrats by 1980 had emerged as defenders of Roe. Their numbers included many Catholics, some of whom also supported Medicaid funding of abortions on the grounds of equity. Every Catholic Democrat, it should be noted, expressed personal opposition to abortion. In a less-polarized political climate, most would doubtless have supported at least modest restrictions on the nation’s remarkably lenient abortion policies—an option that the Casey decision suggested might pass judicial muster. But compromise talk was close to impossible by the 1980s. The anti-abortion movement by then had grown in size and militancy, even as its opponents were speaking an ever more strident language of rights.

As the results of the 2016 election indicate, Catholics are still a deeply polarized population, just as vulnerable as other Americans to the politics of resentment.
sharetweet

Complicating matters, at least among Catholics, was the change in the ranks of the U.S. bishops. Men appointed under John Paul II were more disposed than their elder brothers toward confrontation with the secular world. Any hope that the bishops might help to bridge the partisan divide was doomed by their advent. With the old guard still in ascendance, the bishops’ conference issued landmark pastoral letters on peace (1983) and economic justice (1986)—an apparent effort to emphasize the breadth of Catholic moral teaching. Nothing comparable followed. Life became harder for Catholic Democrats, most of whom now supported Roe. When asked if New York Governor Mario Cuomo should be excommunicated for refusing to veto a law funding Medicaid abortions, newly appointed Archbishop—soon to be Cardinal—John O’Connor replied that he had to think about it. “You can’t imagine how devastating that is,” as Cuomo remembered the moment. Shortly thereafter, both O’Connor and Boston’s recently appointed Bernard Law publicly criticized Geraldine Ferraro, then the Democrats’ vice-presidential nominee, for her support of Roe. Abortion was “the critical issue in this campaign,” both men insisted, and no Catholic could separate her personal faith from her public stance on the issue.

Matters came to a head in 2004, when the Democrats once again nominated a Catholic for president. The contrast to 1960 could not have been more stark. With John F. Kennedy on the ballot, the bishops did their collective best to stay above the battle, more determined than ever before or since to appear non-partisan. In 2004, at least seven bishops forbade John Kerry to receive communion at any church in their dioceses because of his support for Roe. Others, including Boston’s Sean O’Malley, publicly supported their position. Not surprisingly, the bishops were widely believed to be active supporters of George Bush and the Republican Party. Catholic Democrats were predictably alienated—never a happy outcome but in this case one with sobering implications, given that Catholic Democrats are heavily Hispanic and tend to be significantly younger than the Catholic population generally. In other words, they are the Catholic future.

The economic crisis of 2008 pushed cultural issues into the background. Even gay marriage, legalized by judicial fiat in 2015, failed to generate the predicted political backlash. But the bishops, collectively speaking, continued the Catholic culture war throughout the Obama years, even endangering passage of the Affordable Care Act and, with it, subsidized health care for millions. The campaign for religious liberty, inaugurated in the wake of the health-care battle, represents for Millies “the fullest fruit of the culture wars among Catholics.” Matters have moderated since then, due in part to appointments by Pope Francis. The USCCB “began taking up a wider set of issues as the 2016 election drew nearer, several of [the bishops] participating directly in action at the U.S. border and undertaking a year-long study of the immigration question.” But as the results of the 2016 election indicate, Catholics are still a deeply polarized population, just as vulnerable as other Americans to the politics of resentment. As Millies concludes, “Some greater thought and some better checks are needed in how Catholics generally, and Catholic bishops specifically, approach politics.”

Millies is telling a national story and so makes no reference to developments in other western countries, where Catholic bishops have not engaged in the culture wars with anything like the aggressiveness seen in the United States. The logic of Roe may be largely to blame, since it frames the issue of abortion in the absolute language of rights. Where abortion law is the result of legislative bargaining, as in most of western Europe, the result has been laws that try to balance a woman’s rights and those of her unborn child. Perhaps the American hierarchy is under greater pressure from Rome to champion Catholic orthodoxy. The example of Canada, where a markedly liberal law of abortion has failed to fuel a culture war, suggests that this might be the case. Whatever the answer, the subject is worth exploring. Given his knowledge of the bishops’ recent history, Millies would be an excellent candidate for the job. 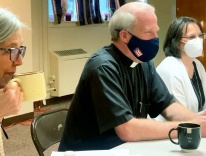