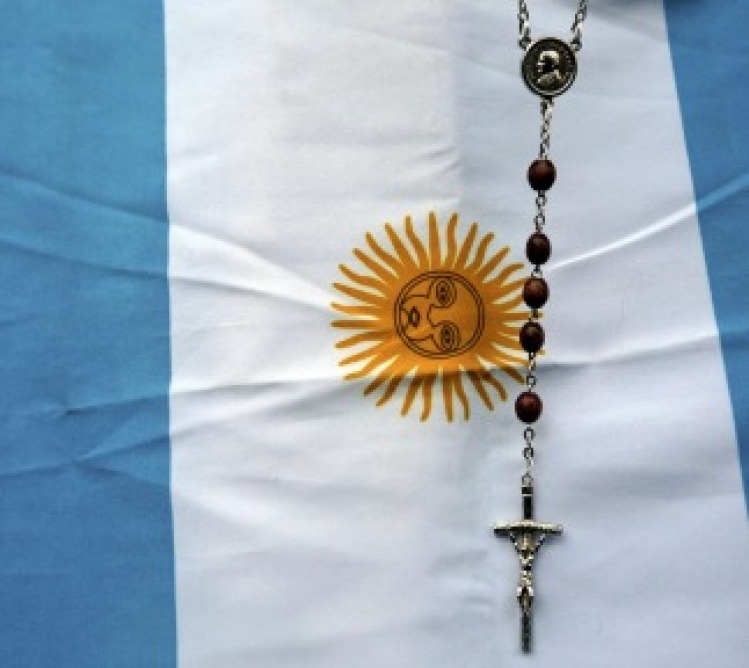 Virtually everyone in Latin America (and North America as well) had every reason to be thrilled with the election of Jorge Mario Bergoglio, SJ, cardinal archbishop of Buenos Aires, to the papacy. Still, there were some who have raised questions based on their views of what Bergoglio, as Jesuit provincial, did or did not do during Argentina’s guerra sucia. The main sources for Bergoglio’s critics are articles published in the Buenos Aires paper Página 12 by veteran journalist Horacio Verbitsky concerning the abduction of two Jesuit activists, Orlando Yorio and Francisco Jalics.

The era of the “dirty war” extended from the time of the military coup of 1976 to the junta’s end in 1983. The first years were the worst, and 1976 is remembered as an annus horribilis, beginning with the Videla military coup on March 24. In that one year, Monica Mignone, daughter of famed human rights lawyer Emilio Mignone, was abducted from her family’s home on May 14 and never seen again. Three Pallottine priests and two seminarians were murdered in the rectory of the San Patricio parish on Sunday, July 4. Bishop Enrique Angelleli of La Rioja was killed when his automobile was forced off the road on August 4. That same month American La Salette missionary Fr. James Weeks was arrested and tortured but released through the intervention of the U.S. ambassador. The following month, Irish national Fr. Patrick Rice of the Little Brothers of the Gospel was similarly arrested, tortured, and released through his government’s intercession.

During that period, according to Emilio Mignone’s Witness to the Truth: The Complicity of Church and Dictatorship in Argentina, some sixteen priests were murdered or disappeared, nine of them in 1976 alone. And on May 23, the two Jesuits, Francisco Jalics and Orlando Yorio, residents of the Bajo Flores shantytown, were arrested. Five months later, they showed up, drugged and beaten, in a swamp, apparently deposited there from a helicopter.

Convinced that their superior, Fr. Jorge Mario Bergoglio, had not only not gone to bat for them but may even have facilitated their arrest, Yorio left the Jesuits and incardinated in Argentina’s diocese of Viedma. He has since died. Jalics, a Hungarian, left Argentina to join his fellow Jesuits in Germany. In 2000 he and then-Cardinal Bergoglio met, celebrated Mass together, and proclaimed their reconciliation. In a statement posted to a German Jesuit website on March 20, Jalics said that it is "wrong to claim that our capture was initiated by Fr. Bergoglio."

It is the brother and sister of the late Fr. Yorio who seem determined to revisit the question of Bergoglio’s alleged complicity in the kidnappings, with Verbitsky as chronicler. The strongest charge is Verbitsky’s curious account of what he takes to be Bergoglio’s “betrayal” of his fellow Jesuits. In his book The Silence, Verbitsky writes, “Bergoglio withdrew his order’s protection of the two men after they refused to quit visiting the slums, which ultimately paved the way for their capture.”

“Visiting the slums” was what Bergoglio himself later became famous for as archbishop, with fellow Argentines coming to dub him their papa villero, their slum pope. The two Jesuits were doing more than just visiting—they were involved in activities that, from the Junta’s point of view, were clearly subversive. Bergoglio says he warned them that they were risking arrest, if not worse, and urged them to be more prudent. According to an AP report, “Bergoglio has said he told the priests to give up their slum work for their own safety, and they refused.” And they were kidnapped—or, if you prefer, extrajudicially arrested.

What now seems clear is that both men were freed after Bergoglio took measures to protect them. On one occasion he persuaded Videla’s personal chaplain to call in sick so Bergoglio could say Mass in the president’s home, where he pleaded for the two priests, most likely saving their lives.

It’s known as well that Bergoglio regularly hid people on church property and once gave his personal ID to a man with similar features, allowing him to slip across the border.

Verbitsky’s telling seems to imagine some great power held by the Jesuits in that country. What has been too little noted in all the furor since Bergoglio’s election as pope is the relative impotence of the religious communities in Argentina during the dirty war, as compared with the vastly superior influence of the country’s ultra-conservative bishops. Mignone’s book names no fewer than twenty-five bishops and two cardinals whom he considers indifferent, if not hostile, to concerns for human rights. There are even bishops he terms "integrist." The "good" bishops he numbers at seven or eight. In that climate, the relatively young Jesuit provincial had his work cut out for him.

And although Mignone doesn’t say so, Bergoglio, Angelleli and other churchmen were fortunate to have as papal nuncio Archbishop Pio Laghi (1974-80), later nuncio to the United States. It was to Laghi’s office, not to that of the archbishop or of the bishops’ conference, that loved ones of the disappeared turned for information and help. (See “Tennis with Tyrants,” Commonweal, May 20, 2011.)

Bergoglio’s essential responsibility as provincial of the Jesuits, given the dramatic context of a murderous regime and bands of hardly nonviolent “subversives,” was to protect his men. When some of them courted confrontation with the regime, we have every reason to believe he did what he could to rein them in. With Jalics and Yorio he tried, failed, but finally succeeded in saving them.