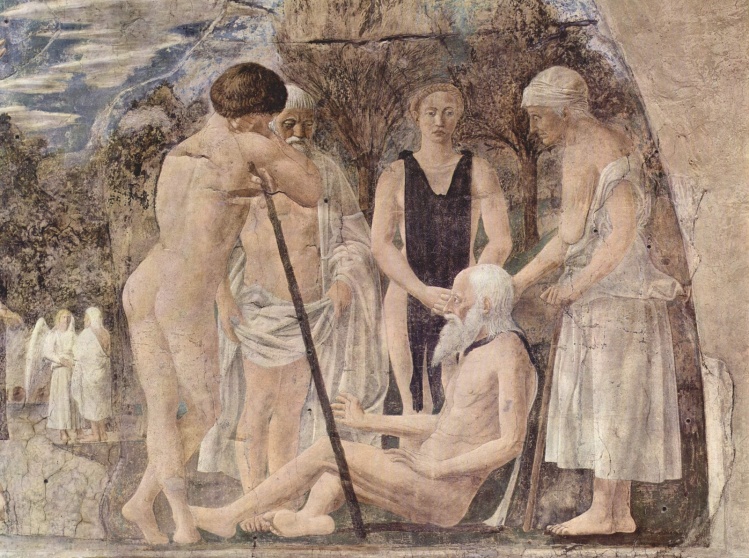 The Death of Adam by Piero della Francesca

Jesus revolutionized the meaning of dying. For Christians everywhere, the dawn of Easter morning reminds us of his triumph over death. Our belief in the resurrection of the body is the core of our Christian faith. But what if we could radically extend our life spans? Or even prolong life indefinitely?

A number of Silicon Valley entrepreneurs are currently waging a war on death. In the past few years, these “visionaries” have funded companies aimed at radically extending our longevity. One of the earliest enthusiasts, British biomedical gerontologist Aubrey de Grey, started a company called SENS Research whose mission is to find a way to extend the healthy human life span by hundreds of years. In 2013, Bill Maris, the creator and CEO of Google Ventures, convinced the founders of Google to start a company called Calico Labs. Funded with a billion dollars, the company’s goal is to study the biology of aging and develop life-extending drugs.

Then in 2014, Craig Venter, famous for his work sequencing the human genome, established Human Longevity, Inc., a company whose goal is to amass a huge database of human genome sequences for use in life-extension research. Even Facebook’s founder, Mark Zuckerberg, has gotten into the prolonging-life business. He and his physician wife, Priscilla, have pledged to donate more than $3 billion toward a plan to “cure, prevent, or manage all disease within our children’s lifetime.”

It is important to note that this research is not directed at eradicating the kind of deaths we would see as tragic—the type of cruel illness that cuts short the life of a child, or a controllable disease, such as malaria, that disproportionately affects the global poor. Instead, the goal of longevity research is to dramatically increase the human lifespan.

The mysteries surrounding how and why we age have not been unraveled. Scientists cannot even agree on the exact cause of aging, much less on the possibility of controlling it. Some experts believe the biological aging process is caused by the switching on and off of certain genes. Others think genetic mutations occur and accumulate with increasing age, causing cellular and molecular deterioration. Numerous other theories abound. Regardless, efforts to delay aging—a phrase many researchers prefer to anti-aging—have delivered little success. One drug, Metformin, long used to treat type 2 diabetes, has modified aging in some animals. But so far it is hard to find much else that shows promise in this area of research; and nothing for humans. Hovering over that effort, however, and reflected in the debate about what to even call the research, is a long-standing argument among some leading researchers on aging: Will it ever be possible to radically extend life expectancy? One group says no; another says yes. Many of the most ambitious scientists and entrepreneurs, ever optimistic, are not part of that debate.

To some people life-extension research may seem like a perfectly good idea. If we could eradicate all disease and use anti-aging drugs to enable people to live to two hundred years old, or even indefinitely, what a great world it would be. Sounds like the Garden of Eden before the Fall. But is it? Do we really want to do battle with death? Medicine itself has long carried on such a struggle, but has accepted death as an unavoidable part of human life.

The dream of living forever has been around as long as people have confronted death. Legends dating back as far as 3000 BC tell tales of the human quest for immortality. For Christians, the Risen Christ is the principle and source of our own future resurrections. St. Paul eloquently describes this doctrine: “We have died with Christ. We believe that we shall also live with him. We know that Christ, raised from the dead, dies no more; death no longer has power over him.” Or, as my former theology professor would often say, “Death does not have the last word.”

Still, the Catholic Church acknowledges that even the most faith-filled Christians often face the finality of death with great fear. In Gaudium et spes the Second Vatican Council astutely observes: “It is in the face of death that the riddle of human existence becomes most acute. Not only is man tortured by pain and by the advancing deterioration of his body, but even more by a dread of perpetual extinction. He rightly follows the intuition of his heart when he abhors and repudiates the absolute ruin and total disappearance of his own person.” Given this insight, can we really criticize a group of entrepreneurs who yearn for an extended lifespan? After all, are their desires that much different than those of Christians who seek everlasting life with God?

There is indeed a difference. While the science behind life-extending technologies is uncertain, one thing is clear: life-extension proponents ignore potential ethical consequences. They do not ask: What if we succeed? What will our life and community be like? They could learn a lot from Catholic social teaching with its emphasis on the common good. We live in communities made up of interdependent political, social, and economic structures, each necessary for, and each influencing, our human existence. The good of the greater community, therefore, is as important as the good of the individual. Accordingly, in order to evaluate radical life extension we must ask: Would longevity technology benefit the community? Our individual lives? Would it make the world better, families stronger, alleviate poverty, end war, or bring us closer to God? Hardly.

While we can only imagine a world where people live past 150 and perhaps far longer, we can predict some consequences with a fair amount of confidence. If we rid the world of disease and death, the resulting rise in population will have devastating consequences for our planet. The UN projects an increase of human population growth from 7.2 billion now to 11 billion by 2100. That growth is a major contributor to global warming. More people means more demand for oil, gas, coal, and other fuels. When burned, these fuels spew enough carbon dioxide into the atmosphere to trap warm air inside like a greenhouse, causing extreme weather such as flooding and wildfires. Extreme weather results in, among other things, reduced crop yields causing food shortages. Another impact of global warming is a reduction in the availability of fresh water. Droughts are lethal. According to the World Economic Forum, since 1900 global droughts have caused over 11 million deaths.

Aside from the disastrous environmental impact, we cannot ignore social and economic consequences. It would be impossible for government programs, health-care systems, infrastructure facilities, pension systems, and employment markets to accommodate the ever-increasing population. We also cannot neglect the implications for social justice. Who will have access to life-extending technologies? Would only the wealthy be able to afford them? If so, would the poor then have significantly shorter lifespans than the rich? If we think the gap between the rich and poor is wide now, imagine a world in which the wealthy can buy longer lives than the poor.

Rather than spending billions of dollars and hours of precious scientific research obsessing over how long we might extend our lifespans, life-extension proponents should instead concentrate on how they can improve the world in which we live right now. In a 2015 speech to the UN, Pope Francis outlined his vision of sustainable global development. He listed several goals on which communities should focus, including: education of children (particularly girls), alleviation of poverty, protection of the environment, construction of adequate housing, and creation of decent jobs. But, according to the pope, the most important mission of all is never to forget “that political and economic activity is only effective when it is understood as a prudential activity, guided by a perennial concept of justice and constantly conscious of the fact that, above and beyond our plans and programs, we are dealing with real men and women who live, struggle, and suffer, and are often forced to live in great poverty, deprived of all rights.”

Silicon Valley life-extension funders should rethink their research. In a world full of poverty, starvation, human-rights violations, terrorism, and many other evils, life-prolonging technology is not a cause worth fighting for. It would be far better if this group of very fortunate, wealthy individuals would finally begin to consider the ethical consequences of their research and put their money into causes that would improve global problems, not make them worse. 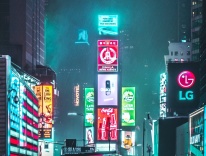