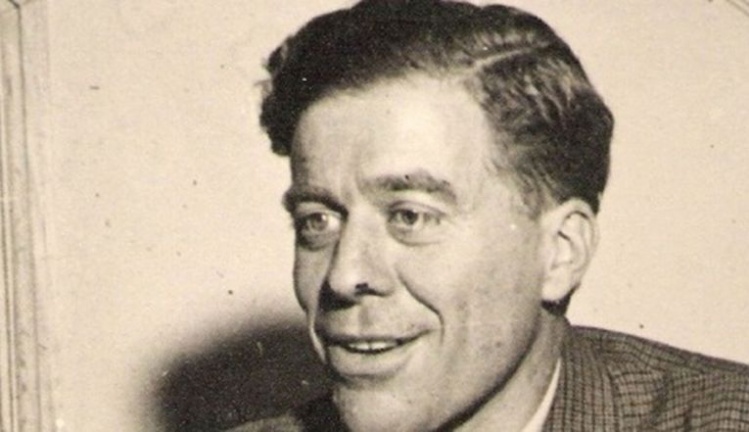 When I was in graduate school in the late sixties, studying European history, it was a commonplace among leftists—professors and students alike—to quote Lenin in comparing the Church of Rome to the House of Lords, or the Prussian General Staff, as a bulwark of counterrevolution. Though I rarely demurred vocally, inwardly I knew it was easy enough to disprove this thesis. There was the legendary capacity of the faithful laity or rebel priests to oppose bishops (e.g., devout Catholics who fought against Franco); and in the rarefied realms of high politics and theory, one could point to such actions as Pius XI’s 1926 excommunication of Catholics for reading the reactionary newspaper Action Française. And even hardened Communist thinkers like Antonio Gramsci conceded that serious distinctions must be drawn between the “positive” spirituality of Jesuit theorists on the rights of labor and the wholly destructive views that fascists held about the same—even though both sides hated Marxism.

Paul Misner’s book is an in-depth journey through that social Catholicism whose theory and practice contradict Lenin’s dictum. This is the second and final volume of a project Misner began long ago: to provide an account of “the classical age of social Catholicism,” the span of history, from 1820 to the 1950s, that the philosopher Charles Taylor has called the “age of [Christian] Mobilization.” Despite its title, the present book goes well beyond social and labor movements in the church to deal with papal and episcopal action vis-à-vis the great powers and ideologies between 1914 and 1965. Misner compacts a vast amount of history on his way to recounting the emergence of “a Christian secular conception of the world” (Maritain) and the corresponding adaptation of social institutions within that conception. All the familiar names are here (and some unfamiliar ones too)—Sangnier, Cardijn, Mercier, Pauwels, Kunschak, Nell-Breuning, Chenu, Gasperi, Suenens—along with the usual alphabet soup of organizations from the ACJF to the JEC and the JOC, from Dom Sturzo’s PPI to SIPDIC, CWI, CGD, GeC and CFTC, and of course Cardinal Suhard’s controversial MF—the Mission de France, or “worker priest” movement, which Misner deems a “new and bold approach to the problem of de-christianized swaths of the population.”

Catholic Labor Movements includes an informative chapter on labor initiatives toward women, but Misner is perhaps at his best when analyzing social thinkers who sought a “third way”—a distinctly Christian alternative to liberal capitalism or Marxism. Men like Heinrich Resch, SJ, Othmar Spann, and Romano Guardini “ended up acknowledging there wasn’t a viable third way in the sense of a single Catholic social order,” Misner writes, and instead adapted themselves to “the rules of a pluralistic democracy”; these and other influential figures “advocated organization—association—as the main prescription to stem social deterioration and strengthen the sinews of society as a moral organism.”

To be sure, the innumerable fledgling Christian labor and social initiatives throughout industrialized Europe, and their indefatigable activist-leaders, amounted to a tiny minority even in the Catholic milieu, let alone in the larger labor movement, where they remained totally submerged until after the Second World War. Between the Great War and the Great Depression, social Catholicism nevertheless managed to acquire footholds in all countries under discussion, while also taking steps to democratize its own structures and outlook. It elected candidates to parliaments and got others named to ministries and labor relations boards. Above all, it steadfastly competed with Socialist and Communist labor movements while at the same time defending its independence from bishops and the right-wing Catholic bourgeoisie.

Misner rightly pauses long over Pius XI, who “staked his pontificate” on Catholic Action. His famous 1931 encyclical, Quadragesimo anno—titled to reflect affiliation with Rerum novarum (1891), the fons et origo of social Catholicism—failed to manipulate Italian fascism to serve the church’s goals, as the pope hoped to do. But the text, as Misner rightly sees, is “embedded in and follows from” the deep “anti-totalitarian premises of [Catholic] social philosophy.” Pius’s encyclical addressed any number of threats to civilization, of which Misner lists “the Depression, the rise of Nazism, the promised world revolution of communism, and the travails of democracy.” Under such pressures, Misner asserts, “social Catholicism in Italy, without its stiff defense by the pope, would certainly have come close to extinction.” But it did not; and after 1945, the Catholic “socials” made up for lost time, continuing to fight on two fronts—against the hierarchy as well as the secular competition—but in the end, both Catholics and Socialists came round to finding the liberal-capitalist approach “acceptable and even congenial.”

Misner is a scholar, not an apologist, yet he summons little evidence that might challenge his view of the beneficence of social Catholic action. He is quick to observe that “while the Christian unions held to the ideal of interclass harmony or cooperation, this did not prevent them from recognizing the very real class interests that employers and workers did not have in common.” He further notes that Pius XI conferred the red hat on Bishop Achille Liénart of Lille, who was under virulent attack from the right for his labor sympathies. Yet he says virtually nothing about the anti-Jewish beliefs of leading social Catholics—notably, the hugely popular French Catholic youth association, the ACJF. Nor does he sift the thought of Maritain, Mounier, or other Catholic “socials” for antiliberal elements. Such seeming partiality makes the informed reader slightly uncomfortable.

But I won’t close on that note. Misner rings down the curtain with the great Vatican II document[*] Gaudium et spes. He writes that it was “a stimulus for peace and social justice in places as distant from each other as the Poland of Solidarity and the Latin America of liberation theology,” but then he adds tellingly that a half century later we have reached an era when it no longer makes sense “for Catholic workers to organize by themselves.” “In a secular age,” he reminds us, “one should make room for a pluralism of religious commitments.”

Reading Misner on Gaudium et spes helps you understand more recent encyclical-sallies into the briar patch of social issues, including ecological ones. It puts you in fine mind to understand how as secular and as radical an eco-activist as journalist Bill McKibben could say of Laudato si’—approvingly—that “it goes far deeper than our political labels allow. It’s both caustic and tender, and it should unsettle every nonpoor reader who opens its pages.”

With Catholic Labor Movements in Europe, Misner has written a fitting sequel to his fine first volume, Social Catholicism in Europe: From the Onset of Industrialization to the First World War (1991). Though its prose is as dry as dust, and though it boasts few primary sources—indeed, it is not always based on the most up-to-date secondary literature—the current book comprehensively covers Germany, France, Italy, Austria, and the Low Countries, and offers as close to a complete synthesis as we are likely to have for a long time.

* A correction has been made to an earlier version of this article which referred to Gaudium et Spes as an encyclical, not a document of Vatican II.

Steven Englund, a longtime Commonweal contributor, is the author of Napoleon: A Political Life (Harvard University Press), which won the American Historical Association’s J. Russell Major Prize. He is currently writing a comparative study of political anti-Semitism in Germany, Austria-Hungary, and France.