In an interview with La Croix this week (English translation here), Cardinal Gerhard Müller, prefect of the Congregation for the Doctrine of the Faith, suggested a new area of work for the Holy Office: theological architecture. The cardinal was asked how he viewed his role under Pope Francis, especially given that Benedict XVI was a theologian. "The arrival of a theologian like Benedict XVI in the chair of St. Peter was no doubt an exception," Müller replied. "But John XXIII was not a professional theologian. Pope Francis is also more pastoral and our mission at the Congregation for the Doctrine of the Faith is to provide the theological structure of a pontificate." If that's how the cardinal views his role, that might explain why he's given more interviews than any of his predecessors, according to Andrea Tornielli at La Stampa.

Of course, as Tornielli notes, providing the "theological structure" of a pontificate has never been part of the CDF's job description. “The proper duty of the Congregation for the Doctrine of the Faith is to promote and safeguard the doctrine on faith and morals in the whole Catholic world," as John Paul II wrote in Pastor bonus, his apostolic constitution on the Roman Curia. Until the pontificate of Paul VI, Tornielli reminds readers, the CDF was run by the pope. That's because he is "supreme pastor and teacher of all the faithful," as canon law puts it. In other words, the work of building a theological structure for a pontificate finally falls to one man: the pope.

Müller calls Francis "more pastoral," apparently contrasting him--and John XXIII--with the more "theological" Benedict. To a certain extent the cardinal is correct: Francis is not a trained theologian. He did not work as a professor of theology. He has not produced works of academic theology. But of course academic theology is not the only kind of theology. Surely the cardinal--who is not totally unfamiliar with the Latin American situation--would not want to give the impression that authentic theology is properly practiced in the rarified air of theological faculties. Francis wants the whole church--from theology programs to base communities--to breathe denser air. He wants a church that is able to look up from its textbooks, to step outside of itself, and to accompany its wounded people. That is not simply a pastoral concern. It is also a deeply theological one because it goes to the heart of how Pope Francis understands the very mission of the church he serves. 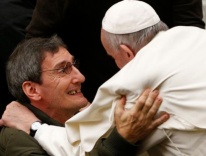 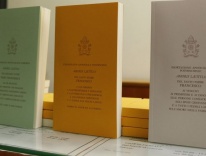 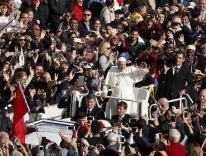