‘Hotly in Pursuit of the Real’
By Gerald J. Russello
Nonfiction
Books
Spirituality 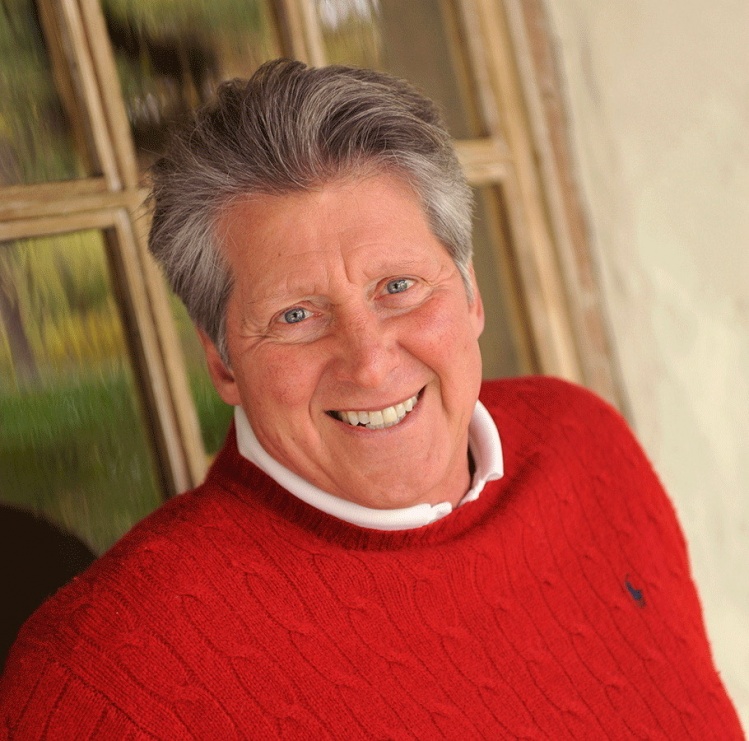 In his recent book, Longing for an Absent God, Nick Ripatrazone compares the fiction of Ron Hansen to that of Don DeLillo. DeLillo uses the religious language of his former faith as a backdrop, a puzzle that can be solved through secular means but always within the control of the author. Hansen, as it turns out, is the less dogmatic writer. In discussing Hansen’s 1991 novel, Mariette in Ecstasy, Ripatrazone notes Hansen’s fiction is messy; it “seeks without needing answers.” The miracles in the novel are not explained, or explained away. Hansen is just as concerned with the nuns in Mariette’s convent who did not want to believe that a sign of God’s presence could be there now, with them, as he is with whether what Mariette is experiencing is in fact a miracle.

In an interview featured in Hotly in Pursuit of the Real: Notes Toward a Memoir, Hansen discusses how he decided to write a novel about a nun bearing the stigmata in a Midwestern convent in the first place. “Mariette having a crisis of faith is not very interesting, but if the crisis has a physical manifestation that brings in the quarrels between science and religion, the book has more possibilities.” But more than that: the book also portrays the quarrels within religion. The stigmata do not have a uniformly positive effect on the other nuns, indeed they “awaken either revulsion or awe.” In this Hansen evokes Sylvia Townsend Warner’s 1948 novel, The Corner That Held Them, which recounts the prosaic lives of a convent in thirteenth-century England. Over decades, this community experiences holiness but also some less-than-holy conduct, including hostile reactions toward the saintly—or those who try to be saintly. One theme of Mariette is what Hansen calls a “sense of ambiguity” as to whether she was in fact bearing Christ’s wounds; the stigmata present a challenge to both those who believe and those who do not. The ambiguity invites us to contemplate our own reactions to the question of whether saints can exist. Science may not quite explain what Mariette is experiencing, and while her fellow Catholics can understand it—in the sense that their faith has prepared them for physical manifestations of the divine—they can’t explain it either.

In addition to Mariette, Hansen is the author of nine other novels, several of which have been made into movies, and three collections of stories. Born and raised in Nebraska, he spent his military service in the 1970s in Arizona and now lives in Cupertino, California. His background made him a natural for a revival of the Western. As Joseph Bottum has explained, Hansen’s “outlaw” trilogy—begun with Desperadoes (1979), continued with The Assassination of Jesse James by the Coward Robert Ford (1983), and completed with The Kid (2016)—saved the Western from being a niche genre in part because of Hansen’s prose, which stripped down the flowery language of the dime-store gunslinger tale and rebuilt it around an imagined Western argot. That argot may not be quite believable by itself, but combined with Hansen’s factual research it is sufficient to bring us into that world.

As Hansen himself notes, Christian imagery or motivation entered his Westerns gradually and was not always recognized by readers.
sharetweet

As Hansen himself notes, Christian imagery or motivation entered his Westerns gradually and was not always recognized by readers. At the same time, however, Hansen was working through a series of “Catholic” novels, such as Mariette or 1996’s Atticus. Hotly in Pursuit of the Real covers both bodies of work, and is divided into separate sections containing personal essays, interviews, and a set of reflections by Hansen on several of his books, as well as some more ephemeral pieces that were previously published elsewhere.

Because he is not from the gothic, Christ-haunted South or the ethnic-Catholic Northeast, Hansen brings new elements of the American Catholic story into fiction. In Mariette, for example, the nuns are French rather than, say, Italian or Irish, and the convent interacts with small-town America rather than urban areas. In this respect, Hansen can perhaps be grouped with J. F. Powers as a chronicler of the Catholic experience between the coasts. This experience was different because, in a certain sense, it reverses the usual roles. Unlike in the East and South, where Catholicism was often treated as an intrusion by the Protestant establishment, in parts of the Midwest and West the Catholics arrived before the Protestants. Nebraska also features in a couple of pieces, but Hansen does not address what being Catholic in post-war Nebraska may have looked like. We do, however, get a real sense of the importance Nebraska had for him as a storyteller. Like Bill Kauffman, whose seemingly humdrum upstate New York environs provided no end of fantastic stories, Hansen sees in Nebraska a wellspring of imagination. As a boy he sat in caves rumored to have been frequented by Jesse James and his gang, and he saw a history of the nation (and the people who lived there before there was a nation) lying just underneath the endless fields.

But one should not underestimate the strangeness of Mariette to its audience in 1991, even to some Catholics: it was already some decades since Vatican II’s reforms and the more complete integration of Catholics into American life. A novel about an ecstatic nun in 1906, where even the unecstatic ones wear cinctures, was bound to remind people that Catholicism can be odd. Among the other striking passages in Mariette is one in which Hansen recounts a discussion between two nuns about their lives before they entered the convent: “We talked about our childhoods.... She played in a habit just like the one that her sister wore. She whipped herself with knotted apron strings. She rebuked temptations against chastity by lying naked on thorns.” And this is before we get to the stigmata.

Hansen’s Catholic sensibility was formed both critically and intellectually by the Jesuit tradition. He is a student of Gerard Manley Hopkins, around whose poem “Wreck of the Deutschland” Hansen wrote his 2008 novel, Exiles. And Ignatian spirituality has left a deep impression on his writing. One technique of Ignatius’s Spiritual Exercises, Hansen says, is its effort to make meditation on Gospel scenes “a more sensual experience of the event.” Anyone who has gone through the Exercises knows what Hansen means: it can be a very powerful experience. Hansen uses that “to make things as sensual as possible so that readers really enter the scene and then learn something.” But as Ripatrazone points out, this alone does not seem enough to distinguish a Catholic novel from a novel written by a non-Catholic or a former Catholic. DeLillo can be as sensual as Hansen, Philip Roth can convey physical forces no less effectively, and many other writers put in just as much work to create a truthful historical world.

So how does this work? Perhaps it is the case that the verisimilitude and dedication to a novel as a work of art is in service to something else. Not an orthodoxy, necessarily: didactic fiction is too often (though not always!) boring fiction. Rather it is to try to understand the human world with the realization that it is not completely comprehensible. Hansen, again, finds in Ignatian spirituality a way to do that, because it trains us to see that world through perspectives other than our own: the querulous disciples, the woman at the well, the man born blind.

Hansen tries to do something like this in James, which deals with questions of human forgiveness and redemption by wrestling with what those terms mean in a religious context. Similarly, in a review of a now largely forgotten Pulitzer Prize–winning novel by Edwin O’Connor, The Edge of Sadness, Hansen argues that O’Connor uses ecclesiastical life as a vehicle for examining the “age-old maladies of selfishness, lethargy, indifference, and bleakness of soul.” The reality after which Hansen says Catholics are hotly in pursuit deals at the same time with “the sensual or sordid facts of the flesh” and the “awareness of the unseen but ineluctable foundation of our existence,” which transcends the flesh. Like his model Ignatius, Hansen wants us to see what’s right in front of us, though it may not be visible.