The Food of Friendship
By Padraic Colum
From the Archives
Lent 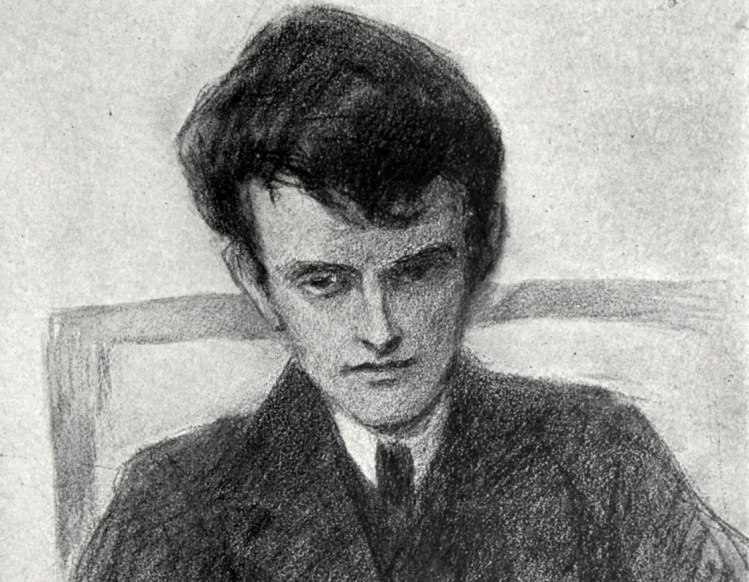 [This article first appeared in the March 18, 1931 issue of Commonweal]

Shrove Tuesday, it was rightly decided, should be celebrated by the eating of pancakes. It is the eve of Lent, and it has always been recognized that the most satisfactory way of preparing for a fast is to have a feast. The best part of a feast, it has always seemed to me, is the part in which cakes have a place; a feast in which no time is wasted getting to the cakes—in which the cakes constitute the feast—is the best of feasts. Pancake Night, Shrove Tuesday, rightly precedes Ash Wednesday: the happiest feast before the longest fast.

It is true that the cakes eaten then are cakes in their simplest form—to wit, pancakes. But pancakes made by a practiced pancake-maker (and there are, the Lord be praised, many such!) make a dish fit for a better man than a king—a dish fit for a sage. When I think of sages eating cakes, I think of them as eating pancakes made thin and with much butter on their surfaces. As a youth I used to tramp from house to house in a certain district in Ireland on Shrove Tuesday evening. I was fortunate in the fact that I had forty aunts (well, not quite forty) all adepts in pancake-making, and all living conveniently near to each other. I managed to visit nearly every one of them on Pancake Night.

I had a grandmother too. I don't remember her pancakes, but I have a distinct memory of a special cake she used to make for me. This cake had a name in Irish which means "cake of the palm": it had that name because it was shaped in the palm of the maker out of the dough left over from baking the bread for the next day. In my grandmother's house (this is a long time ago, and things have changed since) most of the bread we ate was baked in a pot-oven at night. Probably the mixing and the kneading and the putting of the dough into the oven took place at no great length of time after candlelight. But to a child lying in bed and keeping awake to watch such proceedings they seemed to be at a very remote time in the night. My grandmother's bread was mixed in buttermilk and with soda. When it was put in the oven, the coals and ashes of a turf fire were put around the oven and over it. And on the lid of the pot was placed "the cake of the palm," after sugar and sweet milk had been put on the top of it.

I have never lost my taste for cakes. After the cakes of folk-culture such as pancakes and "the cake of the palm," came cakes that were still popular but approaching the cakes of the higher cultivation: squares of ginger-bread sold off carts at little fairs or in little shops; ginger-cakes which were very vitalizing as one faced a mile of road on a chill evening (in those remote days one could get a bag-full for two pence). Later on there was a heavy, clammy cake that one bought in pennyworths—Chester Cake it was called. It was related that the ingredients of this cake were always mixed in beer—porter—and this rumor added to the worth of the cake, to our minds, by giving it a dark and secret origin. And, still on the border between the cakes of folk-culture and the cakes of the higher cultivation, there were spiced cakes and cream tarts.

Then came cakes of the higher cultivation—cakes with icings, cakes with rare fruits crowning them and embedded in them, cakes that are the creations of meditative and daring intelligence. All such cakes are a temptation to me—all, I should say, except cakes that have chocolate outside or inside of them. I think such cakes are mistaken. When I see people whose tastes, I know, are indisputable eating them, it is as if I saw them reading the longer poems of Dante Gabriel Rossetti. Chocolate cakes are not for me.

I do not know what ingredients should go into a cake, or how these ingredients should be combined, or how the combination should be baked. But I know the temper in which cakes should be made. The temper should be that of affection and light-heartedness. Soups can be made by slaves. Meats may be cooked by mockers and salads mixed by suspicious, cross-eyed servitors. Fish and fowl can be prepared by fleshly men sunk in infamies. But cakes can only be made by the candid-eyed. Everyone knows that Cinderella could make cakes and that her jealous half-sisters couldn't, and it is clear to Shakespearian scholars that Cordelia would have been a cake-maker.

"I offer you cakes and friendship," said a remarkable lady to me once. She, being the most experienced lady in Dublin, knew that these went together. I cherish her friendship still and I have happy memories of her cakes. And I have happy memories, too, of the cakes of another lady who not only serves them but makes them—Mrs. Vaughn Moody. I have sat in her house with Rabindranath Tagore, both of us eating her cakes while we agreed that neither in the East nor the West were there cakes that more closely approached the ideal cake. Hers are cakes (or should we call them cates?) such as the Queen of Sheba gave Solomon when full of friendship for him.

Tags
From the Archives
Lent