Hurting or Helping the Prolife Cause?
By The Editors
U.S. Catholicism
Domestic Affairs
Abortion
Ethics 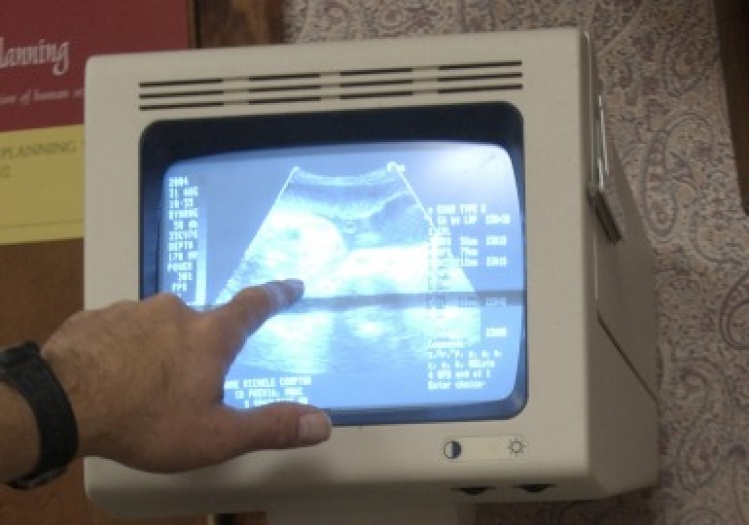 In one of its first items of business this year, the Republican-controlled House of Representatives passed the “No Taxpayer Funding for Abortion Act.” The bill would prevent federal subsidies in the Affordable Care Act from going to any insurance plan that covers abortion or to providers and facilities that perform them. (The Affordable Care Act already keeps federal subsidies from being spent on abortion coverage itself.) With Democrats in control of the Senate and a prochoice president in the White House, this was essentially a symbolic gesture pandering to the prolife movement and opponents of Obamacare. It was never going to have any practical effect.

Do such political gestures hurt or help the prolife cause? The vast majority of Americans have serious moral reservations about abortion, and doubtless welcome recent reports that abortion rates are at a forty-year low. At the same time, voters have made it clear that, given the unique vulnerability of the women involved, they do not think the procedure should be recriminalized. Punitive and narrow legal strategies that would effectively ban all or most abortions have repeatedly been rejected by voters even in conservative states such as South Dakota and Mississippi. In championing such extreme proposals, the prolife movement appears to be alienating the broader public and strengthening its opponents’ hand.

Abortion-rights groups claim that the new state laws Republicans have passed have had grave consequences for the health of women, especially poor women. In addition, late-term abortions have become increasingly rare, as fewer and fewer doctors are willing to do them for both moral and medical reasons. Making sure such procedures are done only in order to save the life of the mother—and only under the safest medical conditions possible—should be something prochoice and prolife advocates can agree on. Yet neither side seems willing to budge.

Illustrative of this impasse is a recent article in the New Yorker, “A Botched Operation” (February 3), about the alleged crimes and medical errors of a doctor who specializes in “advanced-gestation” abortions. Eyal Press, the author, writes from a prochoice position; indeed, his own father was an abortion provider. In many ways, Press’s abortion-rights views make the case he presents about the dubious medical and business practices of Dr. Steven Brigham all the more damning. Brigham has been forced to relinquish his medical license in Pennsylvania, and his clinic operations in New Jersey and elsewhere are under constant scrutiny. Although Brigham thinks of himself as a champion of women’s rights, the results of the doctor’s “care” are a moral abomination. In a raid on one of Brigham’s facilities in Maryland, authorities discovered a “freezer filled with red biohazard bags that contained thirty-five advanced-gestation fetuses.” Brigham was subsequently charged with ten counts of murder, but the charges were dropped because the state could not determine where the abortions had taken place.

Press contends that violence and harassment by anti-abortion protesters have scared doctors away from providing safe and legal abortion services, especially late-term procedures. “Rogue” operators like Brigham, and the notorious Dr. Kermit B. Gosnell, are now the only option available to many women. In its nuanced and sympathetic treatment of women seeking abortion, and in its rehearsal of the often shocking history of violence perpetrated by prolife renegades, “A Botched Operation” is a sober reminder of why most Americans are reluctant to embrace the prolife cause. Despite its vivid descriptions of the pain and trauma inflicted on Brigham’s patients, Press makes the case that desperate women will seek abortions regardless of the dangers, and that restricting access to the procedure only guarantees their further victimization.

This has long been the argument for keeping abortion “safe, legal, and rare.” If the prolife movement is going to respond to it persuasively, it will have to convince Americans that its concern for the women involved in abortion is as great as its compassion for the unborn. As Peter Steinfels wrote in these pages (“Beyond the Stalemate,” June 14, 2013), the movement needs to shift more of its energies from partisan gestures and all-or-nothing legal gambits to the tasks of persuasion and witness. Gestures like the “No Taxpayer Funding for Abortion Act” will change no one’s mind—and are not intended to. Neither do they protect the unborn—and they are not expected to.

Galvanized by the aggressive legislative strategy of the Republicans, prochoice advocates like Press are making their case in a variety of venues and with renewed vigor. Yet no one who reads the New Yorker article can avoid being impressed by the ugliness of abortion, for women and especially for the unborn. A freezer full of “advanced-gestation fetuses”—tellingly described by Press as “medical remains”—damns us all. Pregnant women and the unborn both deserve better.