What do the hearings mean for the case against Trump?
By Paul Moses
Donald Trump
Domestic Affairs

From my years as a daily newspaper reporter, I’m still in the habit of filling in the other side of any story that politicians are peddling to me. That habit returns as I watch the House Select Committee’s hearings on the January 6 attack on the Capitol, which have made for fascinating television but offer a very one-sided rendition of the facts.

What defense could Donald J. Trump offer if the hearings end up prodding Attorney General Merrick Garland to seek the former president’s indictment? What if there were actually an indictment, and all possible legal obstacles to it—First Amendment concerns, separation-of-powers arguments, and attorney-client privilege among them—were cleared away so that there was a trial, with all its give-and-take, to determine the facts? Trump’s lawyers would be left to argue that he actually saw merit in the “big lie” that the 2020 election had been stolen from him. Or, in legal terms, that he lacked the intent to violate whatever law prosecutors throw at him: seditious conspiracy, obstruction of an official proceeding, fraud.

To win a conviction, prosecutors would have to persuade twelve jurors to affirm, beyond a reasonable doubt, that Trump had acted with corrupt intent to violate whatever statute he is charged under—that he was aware of his wrongdoing. Garland will need to decide how likely that is.

With the attorney general likely in mind, the January 6 committee targeted that potential defense like a squadron of tank-chasing drones at its June 13 hearing. The damning deposition testimony of Trump’s own campaign manager, Bill Stepien, and of former Attorney General William Barr and various other Trump aides went a long way toward showing that Trump knew full well that he had lost the election to Joe Biden. Consider, too, that “smoking gun” evidence isn’t required to prove corrupt intent; circumstantial evidence can do the job as well, as is often the case.

But left standing is the potential for Trump to claim he simply relied on the counsel of one team of advisors—led by his personal lawyer, Rudolph Giuliani—over a second group, the one Stepien said could be described as “Team Normal.” Giuliani was, after all, once one of the nation’s most formidable prosecutors. He thus becomes a central figure in any case to be made against Trump.

Rulings in civil cases brought against Giuliani give some indication of how this might play out in court. The Appellate Division of New York State Supreme Court reviewed some of Giuliani’s most outrageous claims about the 2020 election and found in them “uncontroverted proof” of Giuliani’s professional misconduct. One example is Giuliani’s repeated, bogus claim that Pennsylvania collected 766,094 more absentee ballots than it sent out, allowing for hundreds of thousands of fabricated mail-in ballots. In fact, the state sent out 580,000 more mail-in ballots than it collected, a fact the court said could be easily verified on the state government’s website. Giuliani claimed it was a mistake made by some member of his team, but provided no evidence of that, such as an affidavit from whoever made the error.

The court similarly dismantled many other claims, including Giuliani’s charge that thousands of “dead” people voted in Philadelphia, that tens of thousands of voters in Georgia were underage, that 2,500 felons voted illegally in Georgia, that 32,000 non-citizen immigrants voted in Arizona.

These claims fall like a house of cards in any factual inquiry.
sharetweet

Right: these claims fall like a house of cards in any factual inquiry—Barr said he tried to convince Trump of that. One facet that’s clearer now from the congressional hearings is that the Justice Department conducted what appear to be thorough investigations of seemingly bizarre vote-fraud allegations, found nothing to them, and told Trump so.

A New York judge’s ruling in a defamation lawsuit that Smartmatic USA Corp., a tech company, filed against Giuliani and his friends at Fox News goes in the same direction. That’s the company that, in Giuliani’s telling, was a tool of Venezuelan dictators and their Chinese allies. Supposedly, Democrats used a “back door” in its software to tamper with the number of votes cast in their urban strongholds across the country. In truth, the company says, it only did business in Los Angeles.

In rejecting Giuliani’s attempt to dismiss the case, a judge wrote that “he evinced a reckless disregard for the truth of his statements and/or a high degree of belief that said information was false. Indeed, there is a substantial basis upon which to find that Giuliani’s representations...are ‘so inherently improbable that only a reckless person would have put [them] in circulation.’”

None of this bodes well for a potential defense based on the claim that Trump believed, rightly or wrongly, what Giuliani was claiming. Still, it’s not an easy case. For example, the Trump aides who now say they struggled to persuade the president that he’d lost the election may not have been quite so insistent back in their private meetings with him. It’s hard to judge, although two New York Times reporters who covered the Trump White House have already noted how different Barr sounds nowadays. The committee hasn’t released the full depositions it took from its witnesses. Did they hedge their accounts? Would their testimony be so compelling after a tough cross-examination?

Even if Garland sees that it’s easy to prove that Trump knew his election claims were lies, it’s another matter to persuade twelve jurors that he intentionally directed the assault on the Capitol.

In civil lawsuits seeking to hold Trump and Giuliani responsible for the violent attack, a judge at federal court in Washington D.C. found there was enough evidence to plausibly establish that Trump conspired with the Proud Boys and Oath Keepers to disrupt certification of the Electoral College votes through force or intimidation. The standard for continuing a civil lawsuit is far below what it would take to prove a criminal charge, but the decision gives some small indication of the dynamics involved.

The judge reached the opposite conclusion for Giuliani, dismissing the lawsuit against him. While there was evidence that he participated in a disinformation campaign, Judge Amit P. Mehta ruled, his speech at the rally preceding the Capitol assault was not incendiary enough to tie him to the attack that followed.

You may remember that Giuliani had declared, “So, let’s have trial by combat.” The judge determined that his speech was constitutionally protected: “Critically, Giuliani uttered no words that resembled a call to action. ‘Trial by combat’ was not accompanied by a direction to do anything. And, given the speaker, those words were not likely to move the crowd to act.”

Trump is on his own there and I, for one, will be staying tuned.

Another Twist in a Complex Story 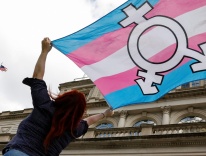