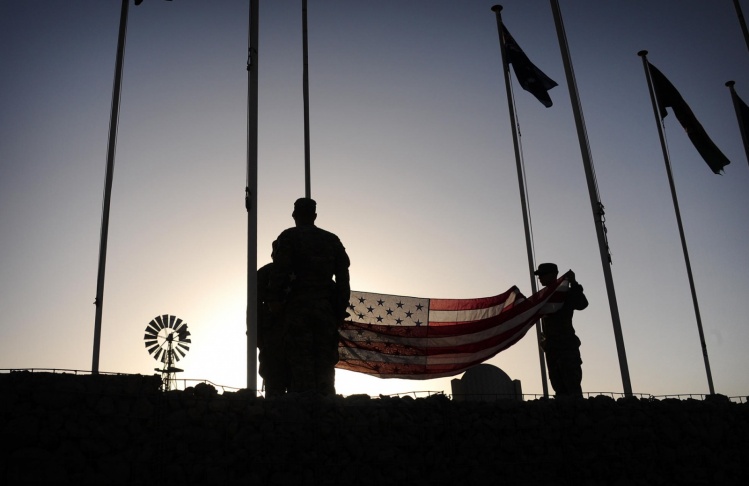 Can Americans be entrusted with a straightforward explanation of how the United States should adapt to a changing global order? Or, to coax citizens into giving their uninformed assent, is it necessary to beguile them with blarney?

Prompting these questions is President Biden’s “Interim National Security Strategic Guidance,” issued by the White House on March 3, 2021. Apart from its early release date—new administrations typically need a year or more to announce a basic strategy—little about the document qualifies as even remotely surprising. In terms of tone, it could just as well have been issued by Harry Truman or Ronald Reagan, summoning citizens to man the barricades and defend freedom against the forces of darkness.

The published document manages to be both familiar and vacuous. Yet it is also revealing. Amid the breathless media chronicling of Biden’s “First Hundred Days,” his strategic guidance has received little attention. This is unfortunate because the document deserves not only to be read, but also to be parsed and deconstructed. Its significance lies less in what it says than in what it avoids—the many elephants in the room that the president studiously ignores.

A century ago, H. L. Mencken famously described Warren Gamaliel Harding’s presidential speechifying as “so bad that a sort of grandeur creeps into it.” Harding’s style emphasized rhetorical flourishes at the expense of content; Mencken called it “Gamalielese.” “It is rumble and bumble,” he wrote. “It is flap and doodle. It is balder and dash.” A similar judgment applies to Biden’s first stab at describing why, in a rapidly changing world, America’s global role shouldn’t change much at all. The president wants Americans to believe that what was working well before Donald Trump screwed things up can work again today and for the foreseeable future.

On the one hand, writes Biden, “our world is at an inflection point. Global dynamics have shifted. New crises demand our attention.” But on the other hand, “despite these steep challenges,” the United States remains in possession of “enduring advantages—across all forms and dimensions of our power” that will “enable us to shape the future of international politics” and thereby “create a freer, safer, and more prosperous world.” That assertion reeks of flapdoodle and balderdash.

Correctly deciphered, Biden’s claim reduces to this: U.S. preeminence remains the defining feature of the international order. Global dynamics may be shifting and inflection points (a favorite Biden phrase) may bring new crises in their wake, but American primacy will persist indefinitely. In this essential respect, in other words, the world is not changing. And therefore, the United States can—and should—simply revert to the pattern of behavior that prevailed before Trump spoiled the party. This means “reinvigorating our democracy, living up to our ideals and values for all Americans, and standing up for our values abroad, including by uniting the world’s democracies to combat threats to free societies.”

Mencken might deem these sentiments redolent of Gamalielese. I know that I do.

Strategy typically implies the need to choose, but architects of U.S. grand strategy have long exempted the United States from this imperative. Policymakers have assumed that American democracy (emphasizing individual rights and material abundance) and global primacy (emphasizing deference and prerogatives) are eminently compatible. For the United States, in other words, strategy has not been a matter of either/or, but of both/and.

A specific set of circumstances, dating from the 1940s and continuing to the end of the twentieth century, sustained this alluring proposition. Setting the stage was World War II, which crippled every major belligerent except one. The United States emerged from that conflict all but undamaged, its power and prestige vastly enhanced. The most horrific war in human history made America stronger.

Then came a Cold War pitting the United States against its most important wartime ally, the Soviet Union. Enormous industrial, technological, and economic advantages, compounded by Soviet ineptitude, ultimately enabled the United States to prevail in this contest. Astonishingly, it did so even as reigning American conceptions of freedom (what it entails, who it includes) and of abundance (increasingly indistinguishable from conspicuous consumption) were undergoing a radical reformulation.

Today, however, the circumstances that for more than a half-century enabled the United States to define strategy in terms of both/and no longer apply. Difficult choices loom on the horizon. Either Americans will persist in attempting to perfect their vision of democracy or they will attempt to reassert global primacy. The choice turns out to be stark. Either Americans will seek freedom and abundance for all citizens, not just for some, or they will commit to reversing unfavorable geopolitical trends, which will necessarily entail vast exertions and sacrifice.

This describes the dilemma that President Biden seems bent on dodging. Rather than articulating an actual basis for strategy, Biden’s interim guidance tacitly affirms the status quo to which members of the foreign-policy establishment pledged their fealty prior to the exasperating, though blessedly abbreviated, Trump disruption.

To repair the damage inflicted by that disruption, Biden resorts to Gamalielese, promising “creative approaches that draw on all the sources of our national power: our diversity, vibrant economy, dynamic civil society and innovative technological base, enduring democratic values, broad and deep network of partnerships and alliances, and the world’s most powerful military.” Most revealing in that self-flattering compendium is what Biden leaves out: any discussion of what the world’s most powerful military has been up to of late.

I will leave it to others to explain how diversity enhances national power. But in the other arenas that Biden cites as sources of power, trends since the end of the Cold War have been mixed at best. In hopes of refuting the indications of decline that those trends suggest, successive administrations have called on the armed forces of the United States. The thoroughgoing militarization of basic U.S. policy—never openly admitted—has been one result.

So narrowly construed, Biden’s tribute to the “world’s most powerful military” qualifies as accurate. As measured by their capacity for delivering lethal target effects, whether on land, sea, air, or in outer space (and probably in cyberspace), U.S. forces are in a league of their own. But the following statements are also true:

A penchant for armed intervention abroad finds the United States using force more frequently than any other nation on the planet; while promising peace, U.S. presidents have delivered something akin to perpetual war.

Sundry interventions, especially those undertaken since 9/11, have exacted enormous costs, with trillions of dollars expended, tens of thousands of U.S. casualties sustained, and far larger numbers of noncombatants killed, injured, and displaced.

Despite heroic efforts, U.S. troops have rarely accomplished the mission assigned; the principal results of intervention have tended to be political instability and further violence.

Particularly revealing on this point is the fact that Biden’s interim strategic guidance omits any mention of Iraq or Libya, and includes just a single glancing reference to Afghanistan, which apparently will see the last U.S. troops withdraw a tidy twenty years after 9/11. The defining U.S. military campaigns of the past two decades, not one of them—least of all Afghanistan—has yielded anything remotely like success. A fair judgment would be that all three produced catastrophic results.

A similar point can be made with reference to other manifestations of American militarism that Biden chooses to overlook. These include military spending and arms exports—in both categories, the United States leads the world—and the continuing danger posed by nuclear weapons. For some reason, modernizing the entire U.S. nuclear strike force has become a Pentagon priority. This too escapes mention in Biden’s strategic blueprint.

Add to the mix sustained domestic political dysfunction, massive inequality, mushrooming debt, recurring economic crises, an astonishingly inept response to COVID-19, and a deeply divided electorate, and it becomes pretty clear that seeking to affirm U.S. military supremacy is unlikely to fix what ails the nation.

Then there is this further complicating factor: the looming prospect of freedom as presently exercised becoming environmentally unsustainable. In the days and years ahead, preserving freedom may well require Americans to embrace a more modest conception of what it entails—less “stuff,” reduced mobility—while simultaneously forfeiting privileges that Americans have long taken for granted as part of their birthright. Lurking in the background is the nightmare of the United States of America one day finding itself on equal footing with los Estados Unidos do Brasil or some equivalent country not classified as “indispensable” or “exceptional.”

As president ad interim—that may be his historically designated fate—Biden may well succeed in finessing the choice until the end of his presidency. But the day of reckoning approaches. When that day arrives, then and only then will a serious conversation about strategy become possible. Then Americans will confront the need to choose. 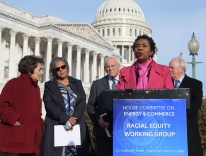