How should Democrats respond to the migrant exodus?
By Griffin Oleynick
Immigration
Joe Biden
Latin America 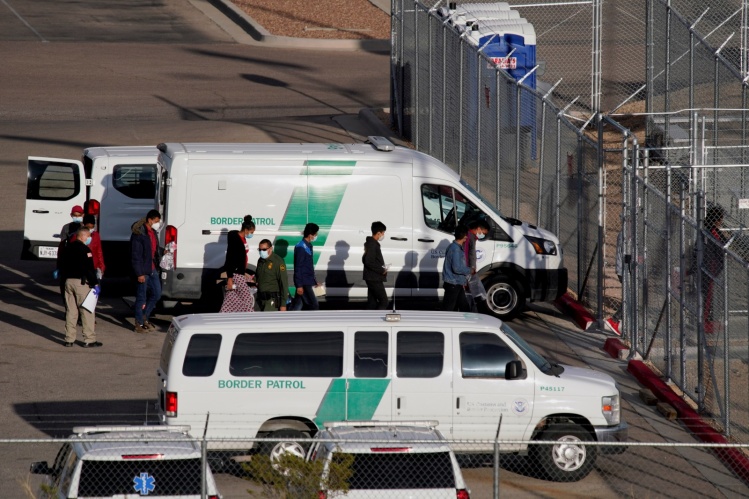 Just two months after the end of Donald Trump’s presidency, the U.S.-Mexico border is again at the center of national attention. Whether you call it a “surge” or a “crisis,” many more migrants—including unaccompanied minors—are arriving each day from Central America, exceeding the Biden administration’s capacity to handle the flow. Border Patrol recorded more than a hundred thousand “encounters” in February alone, the highest in two decades.

On the surface at least, Biden’s response to the uptick looks a lot like Trump’s. Most single adults and families, some with infants and young children, are being expelled immediately to Mexico under Title 42, a public-health rule implemented at the beginning of the pandemic by the Trump administration. But some adults and families apprehended in the Rio Grande Valley have been flown eight hundred miles away for deportation in El Paso, with a few families inadvertently separated on either side of the border. This alone is alarming. Even worse is the fact that there are now more than four thousand minors in federal custody. They are held first in Border Patrol detention cells, then in crowded Health and Human Services facilities as they await placement with sponsors elsewhere in the United States.

The reasons for the increase are complex. In addition to the poverty, crime, and corruption in the Central American countries from which the migrants are fleeing, the Biden administration points to the recent hurricanes in Honduras, which displaced thousands, along with the economic disruption caused by the pandemic. Sensing a political opening for the 2022 midterms, Republicans have placed the blame squarely on Biden, denouncing his administration’s friendliness to migrants as an open invitation to illegal immigration and stoking fears of “super-spreader caravans” traveling through “open borders.”

So far the Biden administration has failed to counter this incendiary rhetoric convincingly, or adequately explain the rationale for its actions.
sharetweet

So far the Biden administration has failed to counter this incendiary rhetoric convincingly, or adequately explain the rationale for its actions, which include dispatching FEMA to the border for ninety days. Homeland Security Secretary Alejandro Mayorkas, himself the son of immigrants, waved off language of “a crisis,” but acknowledged the “difficult situation.” He has pledged to ensure border security while maintaining the administration’s commitment to “address the plight of children as the law requires, and enable families to be together.”

Such statements undersell the real humanitarian good that the Biden administration has done at the border since January. The most important change is the practical restoration of the right to asylum, which had effectively been abrogated by the Trump administration’s cruel (and cynically named) “Migrant Protection Protocols.” Also known as “Remain in Mexico,” this policy forced thousands of legitimate asylum-seekers, including unaccompanied minors, to wait for processing on the Mexican side of the border. Now, instead of being released into the hands of smugglers or thrust back into squalid street camps, these minors are finally being allowed to cross into the United States. The Biden administration has also restarted the Central American Minors program, granted temporary protected status to Venezuelans, and ended an agreement with Immigrations and Customs Enforcement (ICE) that had dissuaded potential sponsors from taking children in.

But more is needed, and it simply isn’t true, as some defenders of the administration have claimed, that the Democrats have “no good options” on immigration. Scrapping the Senate filibuster could enable passage of the Citizenship Act, which provides a path to legality for 11 million undocumented immigrants currently living in the United States. This is a very good option, the best available, and if the Democrats choose to forgo it, they will have no one to blame but themselves.