Between Trivia and Tribalism 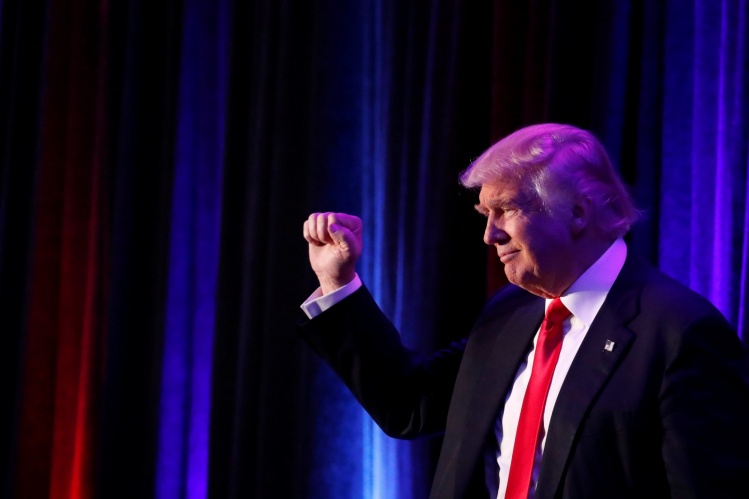 It’s hard to find hopeful things to say about our degraded political and civic culture. Especially for those of us on the left, blaming President Trump for nearly all of the toxins that pollute the public square is tempting, but this mistakes an effect for a cause. Perhaps it’s more precise to argue that the vulgarity, sensationalism, and contempt for basic civil discourse that Trump embodies can’t be understood apart from trends that existed long before the billionaire descended an escalator to announce his improbable candidacy.

America’s collective temperament increasingly seems defined both by a proud anti-intellectual triviality and a cutthroat rhetoric of political extremism, the latter especially dividing our civic space into warring tribes less committed to the common good than defending turf. One book in particular saw it coming. Three decades ago, long before Twitter and “fake news,” the media critic and commentator Neil Postman wrote the now-classic Amusing Ourselves to Death. The United States, he argued, reflected Aldous Huxley’s dystopia depicted in A Brave New World more than Orwell’s ubiquitous Big Brother. An addiction to technology, specifically the visual drug of television, had influenced culture, politics, the media, and daily ways of interpreting the world to such an extent that the line between entertainment and news had been blurred beyond recognition. Our capacity to reason, discern, and make informed decisions—dependent on prolonged attention spans and the ability to think logically—was dissolving. The triumph of images and brands, rather than the more deliberative form of the printed word, he argued, had led to a dumbing-down of a culture more interested in instant gratification than serious ideas. “What Orwell feared were those who would ban books,” Postman wrote. “What Huxley feared was that there would be no reason to ban a book, for there would be no one who wanted to read one.” When citizens become “distracted by trivia,” he contended, “when a people become an audience and their public business a vaudeville act, then a nation finds itself at risk; culture-death is a real possibility.”

The spectacle of “reality TV,” where dysfunction and vice become the raw materials for creating minor celebrities, had not yet arrived when Postman wrote those words. Neither had we yet seen the rise of Fox News, which created a powerful conservative echo chamber that not only dumbed-down debates, but helped create a new form of dark “entertainment”—the angry political pundit rewarded for relentlessly attacking ideological opponents with little regard for factual truth. While American politics has never been a genteel affair, Fox and Rush Limbaugh threw gasoline on the emerging 24-hour news cycle, a context that rewarded the shrillest voices more than sober analysis.

Donald Trump emerges from these fetid swamps. His obsession with tracking cable news, and his use of Twitter to demonize and degrade his “enemies,” reflect a leader who fully embraces the worst excesses of his era. When the president of the most powerful nation in the world tweets a video of himself body slamming a wrestler with a CNN logo superimposed on his face, it’s imperative that we not only denounce him, but also contemplate cultural pathologies that led to such a leader in the first place.

There is no simple or single solution to reclaiming our politics and culture from those who poison it.
sharetweet

While Trump did not create the maladies that afflict us today, his young presidency has mainstreamed extremism and the rhetoric of violence. Hate crimes surged after his election. Schools reported increased bullying. White nationalists slithered from the darkest Internet holes to rally in public. The National Rifle Association’s new recruitment video captures the viciousness and tribalism of our politics today. Conservative television host Dana Loesch narrates and defines the stakes in stark terms. It’s hard to miss the “Trump effect” in how the video is framed:

They use their media to assassinate real news. They use their schools to teach children that their president is another Hitler. They use their movie stars and singers and comedy shows and award shows to repeat their narrative over and over again. And then they use their ex-president to endorse the “resistance.” All to make them march. Make them protest. Make them scream racism and sexism and xenophobia and homophobia. To smash windows, burn cars, shut down interstates and airports, bully and terrorize the law-abiding — until the only option left is for the police to do their jobs and stop the madness.

And when that happens, they’ll use it as an excuse for their outrage. The only way we stop this, the only way we save our country and our freedom, is to fight this violence of lies with the clenched fist of truth.

A “clenched fist of truth” stands as the perfect, chilling metaphor for an ideology that only has room for an “us vs. them” mentality. Metaphorical fists, of course, can become real fists. Republican Greg Gianforte won a special election in Montana even after assaulting a reporter, and a Bernie Sanders supporter opened fire last month on an annual bipartisan congressional softball game, leaving one representative in critical condition.

There is no simple or single solution to reclaiming our politics and culture from those who poison it. If Donald Trump loses in four years, the fate of our democracy will be more hopeful, but the toxins eating away at our best values and highest ideals won’t disappear. Elections matter and have consequences, but the unglamorous, plodding work of engaged citizenship and cultural renewal happens one neighborhood, one house of worship, one district at a time. Powerful structural forces arrayed against us—gerrymandering, economic inequality, housing segregation—are generational challenges that will require discarding the smallness of tribal politics. Only a more expansive vision that recognizes how our own destinies are inseparable from those we now see as strangers can save us.