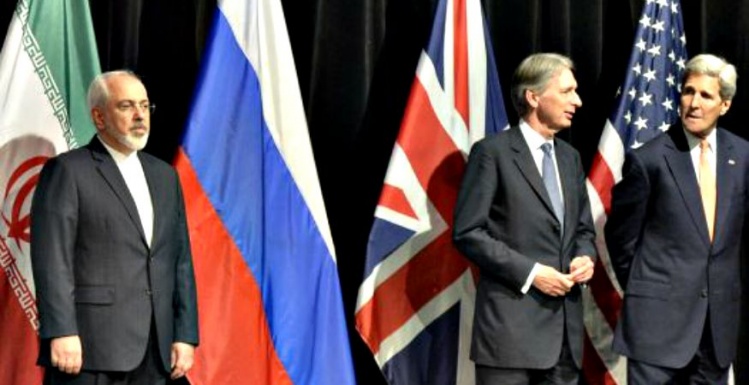 How good is the deal the United States and its partners have struck with Iran to dismantle that nation’s capacity to build a nuclear weapon? On the face of it, the agreement looks like a remarkable achievement for President Barack Obama, Secretary of State John Kerry, and the five major powers that have been in negotiations with Iran. Of course, everything depends on whether Iran’s compliance can be verified with confidence. There are good reasons to think it can.

Iran has agreed to reduce its ability to enrich uranium by two-thirds, cut its stockpile of already enriched uranium by 96 percent, convert its impregnable underground facility at Fordow into a physics-research laboratory, and remove the core of the heavy-water plutonium-producing reactor at Arak. It will retain a capacity to enrich a small amount of uranium at very low levels for medical and scientific purposes. An intrusive inspection regime by the International Atomic Energy Agency will last ten to fifteen years. Those inspections, which will include Iranian military installations if necessary, are much tougher than anything the United States could get the Soviet Union to accept in Cold War disarmament talks. Sales of conventional offensive weapons to Iran are prohibited for five years, and ballistic-missile technology for eight. Today it would take Iran just a month or two to produce enough weapons-grade uranium to build a nuclear weapon. Under the new agreement, that so-called break-out time will increase to a year, giving the world ample time to react if necessary.

In return for mothballing, if not abandoning, its nuclear ambitions, economic sanctions against the country will gradually be lifted. This will allow the Iranians to reclaim as much as $150 billion in frozen assets and to become, once again, a major supplier of petroleum and natural gas. Critics argue that giving Iran access to international markets will provide its authoritarian regime with the resources it needs to create greater instability in the region. That is a clear, if limited, danger, and one that the United States and its allies are already taking steps to guard against. What remains indisputable, however, is that the threat Iran poses to its Sunni neighbors and to Israel would be much greater if it possessed a nuclear weapon. Some opponents of the agreement think stiffer sanctions combined with the threat of imminent military action is the only answer to Iranian aggression. Others argue that war is inevitable. But preemptive war is neither strategically nor morally justified. For the past two years Iran has demonstrated a willingness to cooperate with I.A.E.A. inspections and come to a realistic accommodation with the international community. Meanwhile, the sanctions have worked, crippling Iran’s economy and limiting its political options. Iran is a young and highly educated society, and its older, radical religious leaders face increasing domestic unrest. Unilateral U.S. military action would set back the Iranian nuclear program only a few years at most and result in an even greater Iranian determination to acquire a nuclear weapon in the name of self-defense. An attack would also shatter the international coalition now keeping Iran in check and strengthen the ayatollahs’ hold on the populace.

Congress has sixty days to debate the merits of the agreement. The lobbying is already fierce. Most Republicans, urged on by Israeli Prime Minister Benjamin Netanyahu’s apocalyptic warnings, are opposed to any deal. Democrats in the House will likely stand with the president, if nervously. In the Senate, it will take the votes of thirteen Democrats to override the president’s threatened veto and hand Obama a defeat as momentous as that suffered by Woodrow Wilson when Congress rejected the League of Nations. Should Congress reject the agreement, the Iranians will be quick to condemn the United States for obstruction and belligerence. The international coalition behind sanctions would then quickly unravel. That prospect hasn’t stopped Republican presidential hopefuls from vying to outdo one another in demagoguing the issue. Summoning the tireless ghost of Neville Chamberlain, Jeb Bush called the deal “appeasement.” Former Arkansas Governor Mike Huckabee claims it will enable Iran to “carry out its threat to ‘wipe Israel off the map’ and bring ‘death to America.’” Meanwhile, Netanyahu has called the deal “a stunning historic mistake.”

It would be a stunning historic mistake if Congress did not seize this opportunity to put Iran to the final test. If Iran cheats, there are strong mechanisms in the agreement that quickly re-impose sanctions. As Obama has argued in explaining the value of negotiating with regimes you don’t trust, both Ronald Reagan and Richard Nixon concluded verifiable treaties with much more dangerous foes than Iran. The right-wing hawks strongly opposed those deals as well, insisting that the United States could and should impose its will on our enemies and allies alike simply because of our strength and presumed virtue. The long and tragic series of recent U.S. military failures abroad should remind us that there is a better way.