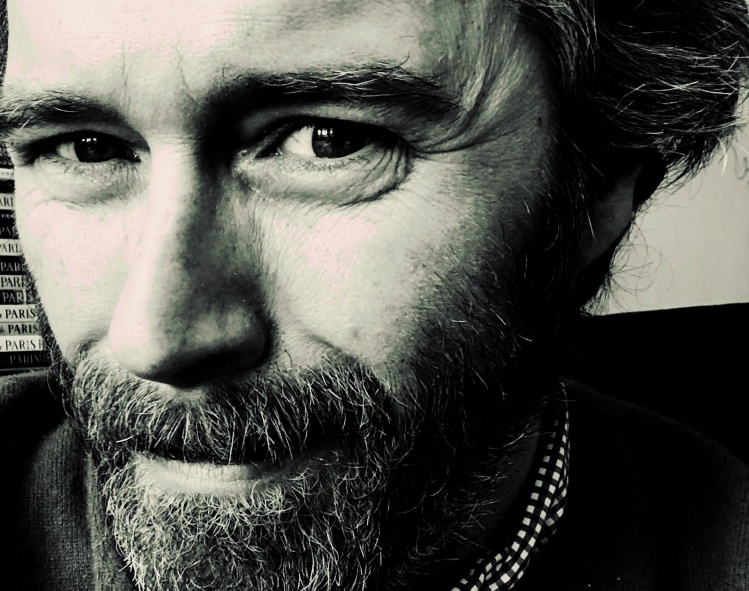 The first words of the first poem in Dan Chiasson’s first collection, The Afterlife of Objects (2002), concerned time: “Do our words count so late at night, / this late do even these words count?” Before these lines, Chiasson placed an epigraph from William James’s Principles of Psychology. It also concerned time:

In reflecting on the modus operandi of our consciousness of time, we are at first tempted to suppose it the easiest thing in the world to understand. Our inner states succeed each other. They know themselves as they are; then of course, we say, they must know their own succession. But this philosophy is too crude: for between the mind’s own changes being successive and knowing their own succession, lies as broad a chasm as between the object and subject of any case of cognition in the world. A succession of feelings, in and of itself, is not a feeling of succession. And since, to our succession of feelings, a feeling of their succession is added, that must be treated as an additional fact requiring its own special elucidation.

In Chiasson’s subsequent books, he has considered, again and again, how time is both the most common thing in the world and the strangest. We live within it and we never fully understand it; it moves linearly but also rumples and reverses; it is the medium and the message of our consciousness. As St. Augustine asked in Book XI of his Confessions, “For what is time? Who can easily and briefly explain it? Who even in thought can comprehend it, even to the pronouncing of a word concerning it?”

Within his books, Chiasson, who also serves as the New Yorker’s poetry critic, often works in the form of the sequence: individual poems that, stitched together, constitute a single, long poem. Across his books, he does the same thing. His five collections, including the recently published The Math Campers, really are one long collection, filled with cross-references, always circling back to what it feels like to live through, and think in and about, time. From Natural History (2005): “When I looked / at the night sky, I made my eye as big as history, for / the night sky is a kaleidoscope of past times, / as noted astronomer Carl Sagan said.” From Where’s the Moon, There’s the Moon (2010): reality “isn’t one moment in time— / look at time, a spool of twine / one minute, idle in a sewing kit, / the next minute a shooting star.” From Bicentennial (2014): “Children having their childhoods right now, / This late in time, as though they had to stand in line / Just to be born, get on, and ride.” From The Math Campers: “The poem changed slightly, crucially— / because, you know why: because time.” That might be the title for all of Chiasson’s work: Because Time.

In the long title poem of his latest collection, The Math Campers, Chiasson begins with a series of quatrains describing the varied temporalities of the animal kingdom: “A mayfly born at the break of dawn / dies when the sun goes down. / A tortoise on an English lawn / outlives his master’s son’s son’s son.” Animal time is not our time: their lifespans differ so much from our own and, to return to William James, we don’t know how or if they experience the “feeling of succession.” The poet then brings the timescales of animals and humans together: “This shark read over Milton’s shoulder. / In her extreme old age, she’ll stare / eye to eye, into a skyscraper’s foyer, / at gilled, amphibious corporate lawyers.”

Whether he’s writing about art or parenthood, Chiasson pirouettes between the sublime and the comic.
sharetweet

In that surreal final image, the verb tense shifts from past to future. At a not-so-distant point in time, flooding will have dissolved any hard divisions between land and sea; the human-like shark, a reader of Milton, will be face to face with shark-like humans. The image introduces one of the book’s leitmotifs: the present fact and future promise of global warming, a phenomenon born of human greed that will result in, has already resulted in, the speeding up of catastrophe. Once-in-a-generation hurricanes will become more regular; historic wildfires will become habitual. (We’re already seeing some of this. It will only get worse.)

Whether he’s writing about art or parenthood, Chiasson pirouettes between the sublime and the comic. “I shivered in my bedroom,” he writes in the long poem “Must We Mean What We Say?,” “praying that art / would someday send a ladder from the sky / I could scale and become the love child / of Sylvia Plath, Ozzy, and Alex DeLarge.” In typical fashion, these lines move from the classic (the ladder recalls both Jacob from Genesis and Yeats’s “The Circus Animals’ Desertion”) to the contemporary (Black Sabbath and A Clockwork Orange). And what effect did this prayer have? “It worked!” the speaker exclaims, “Art works if you are otherwise fucked, and try! / Now look at me, almost Ozzy, mansplaining / to my eleven-year-old son the photo / of a Louise Quatorze gilt dildo he found in our cloud.”

There’s a serious claim being made here: art as a way of joining the sublime and the earthly, the cloud (meaning the sky) and the cloud (meaning tech). Indeed, that linguistic change, from one kind of cloud to another, links these lines to an essay by the philosopher Stanley Cavell, “Must We Mean What We Say?”, from which this poem gets its title. In that essay Cavell writes, “Here we need to remind ourselves that ordinary language is natural language, and that its changing is natural.... It is exactly because the language which contains a culture changes with the changes of that culture that philosophical awareness of ordinary language is illuminating.” That’s why figures like “GPS” and “drones” are important to The Math Campers, why it charts the change in meaning from cloud to cloud: study how language changes and you study time itself. And yet, despite all this philosophical seriousness, there’s also play in these lines: the assonance in “gilt dildo” and “found in our cloud,” the comically awkward situation in which the speaker finds himself.

When Chiasson writes about climate change in “The Math Campers,” though, the pervading note is terror:

The big night stares us down from space;
we figured we would have more years;
annihilation in her prom dress
greets her platonic date, despair;

the black hole persists for her picture
wearing a coronet of stars;
a glacier, like a mountain, only bigger,
rides southward on its own shed tears

Annihilation chastely dates despair, and the years we thought we had as a species are running out. Time falls apart and nature cannot hold.

After setting up this horrifying scenario, the poet ushers in the titular math campers. We’ve met these summertime students earlier, in a little play called The Math Campers’ Masque, where they sang of a desire to freeze time and stretch summer out forever. If they only master complex math, the students hope, they might master time. It’s a lovely metapoetic moment, because that’s what poems do, too: master time (reenter the past; preserve the present; project the future) in part by mastering rhythm.

The students’ camp lies somewhere near Caspian Lake in Vermont. (Chiasson himself grew up in Vermont and his poems have great New England details, from what it was like to be a Red Sox fan in the 1970s—“We felt like dying when the Yankees won”—to the mountains “volleying to and fro / fronts and storms as though nobody / planned a homecoming.”) During “the interval between / dodge ball and snack,” the kids consider “how the summer might expand / and prove eternal by division / of days into hours, minutes, seconds.” They wish for time’s expansion because they recognize time’s onrush: “They know, year over year, you grow / by comparing consecutive summers / and expressing them in a ratio.”

In fact, that’s what Chiasson did earlier in “Must We Mean What We Say?”, where a Chiasson-like poet, on a residency at James Merrill’s apartment in Stonington, Connecticut,

patrolled the Sound in his mind, counting the buoys as they bobbed in the tide.

Every buoy was an age he’d been, every age he’d been could be found among the low-lying hulls and docks, dusk settling down, the long, empty sidewalks leading to nowhere, leading to water...

Nine and thirty-one were side by side. They shared more than he had known: the correspondences were hidden under the heavy cover of chronology.

The math campers’ attempt to halt time appears unsuccessful: “Rationalists will say they failed. / Fall came and bulldozed the bees. / The daisies saw their heads explode / and parents returned in their SUVs.” But, rationalists be damned, the students may have succeeded in two contrary ways. First, what does climate change mean but an eternal summer, a world in which seasonal rhythms give way to one long heat wave? (That’s why Chiasson’s rhyming of bees and SUVs, nature and the technology that threatens it, is so perfect.) The students get their wish but it turns out to be a nightmare.

But there’s another way of reading the students’ success. “Thy eternal summer shall not fade,” Shakespeare writes in Sonnet 18, not because of the beloved’s beauty but because of the eternalizing power of art. So too for the math campers: they’ll remain forever young, forever hopeful, in the pages of The Math Campers. Or, rather, to go back to Shakespeare, they’ll remain forever young, “So long as men can breathe, or eyes can see.” As long as there are readers, the campers will live.

Whatever eternity poetry might possess, it isn’t conferred by the poet but created by reader and poet together—a fact that Chiasson, a superb critic himself, knows well. He registers this fact in “Must We Mean What We Say?”, where a male poet sends thoughts and drafts of poems to a female reader, who responds in prose. We see the poetic process at work: dream leading to draft leading to reader. “A stanza,” the poet writes, “which could be undone if ever it was done, defeated if he ever succeeded in finishing it. Deleted, rewritten.” In her elegy for Robert Lowell, a poet who makes an appearance in The Math Campers, Elizabeth Bishop writes, “Nature repeats herself, or almost does: / repeat, repeat, repeat; revise, revise, revise.” Repeating and revising is revised, in Chiasson’s hand, into deleting and rewriting. Why? Because time.