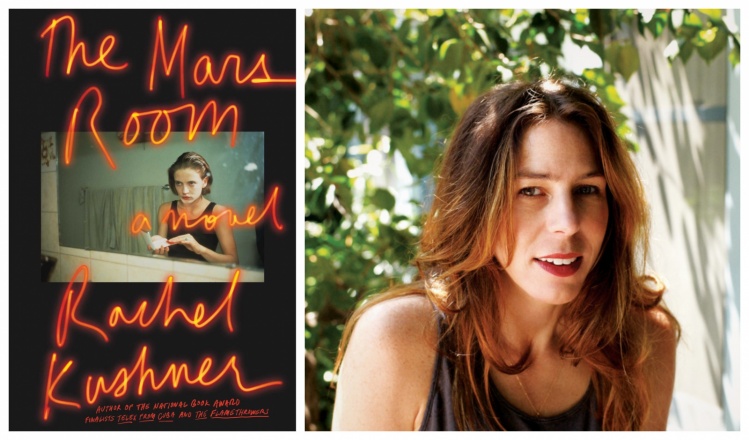 To write a great prison novel is a difficult task. After all, the prison seems a fundamentally anti-novelistic institution: rigid where the novel is elastic, ruthlessly managed where the novel is shaggy and truant. The novel is an art form of freedom, traditionally devoted to the expression of character, desire, and agency; the prison is a space, the space, of unfreedom, designed to keep character, desire, and agency under lock and key.

Rachel Kushner takes on the difficult task of writing about prison in her latest novel, The Mars Room. The book is mainly set in the Stanville Women’s Correctional Facility, a fictional prison in California’s Central Valley where, as one character puts it, the primary challenge is “having dignity in a cage. Having it hog-tied and Tasered. Being a person no matter what.” It’s hard to be a person, though, when you’re enmeshed in a system that doesn’t want you to be one.

On the novel’s first page, we meet a woman as she’s being transported from county lockup to Stanville: “I was woken at two a.m. and shackled and counted, Romy Leslie Hall, inmate W314159, and lined up with the others for an all-night ride up the valley.” From Romy to W314159, from a person to a prisoner, from an actor to the acted-upon: that’s the dehumanizing logic of prison, and that’s the logic that The Mars Room both lays bare and, through its impressive imaginative power, tries to resist.

As was the case in her previous novel The Flamethrowers, Kushner here roves between different narrators and different time periods. We spend time with Gordon Hauser, a failed English PhD who now teaches at Stanville, and with Doc, a dirty cop locked away for, among other crimes, taking part in a series of contract killings. But we spend the most time and gain the most intimacy with Romy Hall, a twenty-nine-year-old serving two consecutive life sentences plus six years for beating a male stalker to death.

Kushner moves between the narrative present, in which Romy is locked up in Stanville around 2003 (the Iraq War is underway, though the prisoners, isolated as they are, know little about it), and her earlier life in San Francisco, first as a childhood punk, then as a stripper at a club called the Mars Room. Throughout, Romy’s voice is restrained, intelligent, philosophically stoic. Here, for instance, is how she describes her trial: “I was assigned a public defender. We were all hopeful things would go differently. They did not go differently. They went this way.” We hope for things, but things go differently, and we can’t do much about it. That, Romy suggests, is all we know, and all we need to know.

Stanville reminds the individual of her powerlessness again and again. Prison is a negative space, defined by what can’t be done within its confines: no alcohol; no physical intimacy; no choice in reading material (“King James or International Version was the complete range”). In short, no freedom.

Indeed, the novel’s two-page third chapter consists entirely of a list of clothing prohibitions for visitors, covering everything from color (“No clothing in any shade of blue”) to footwear (“No shower sandals”) to brands (“No logos or prints”). The list is so exhaustive, the possibilities so minutely taxonimized and then banned, that one suspects that the rules exist primarily not to limit danger (“No bobby pins or metal clips in hair”) or to remove the possibility of titillation (“No half shirts or ‘low-waisted’ pants”; “No pants that are actually ‘long shorts’”) but to prevent visitors altogether, to ensure compliance through isolation. The scare-quotes in “low-waisted” and “long shorts” make it sound like the writer, probably someone in Stanville’s HR department, is impersonating human speech. Abandon all humanity, ye who enter here, the list might as well say.

Prison, though, is the system of systems, radically reducing those who enter its walls. Those locked up become numbers to be counted, bodies to be disciplined and punished.
sharetweet

Despite the prison’s best efforts, though, humanity and its markers—primarily, desire and the stubbornness to pursue it—continue to exist within its walls. Prisoners pass contraband items through the toilet. Those who work in the kitchen have a side business selling uncut cucumbers to be repurposed for sexual gratification. Culinary ingenuity is on regular display: Romy’s cellmate Sammy, for instance, “could whip up a prison cheesecake from Sprite and nondairy creamers, or tamales from canteen Doritos that were soaked in water and hand-pulped to masa.” Romy tells us that in woodshop she “began toasting my bologna slice with the branding iron we used for all our products. It said CALPIA, California Prison Industry Authority…I branded my lunch meat on both sides with the iron, and then my sandwich bread as well.” This is a complicated gesture. The CALPIA grill mark signals Romy’s refusal to participate in a system that alienates her from her labor and herself: this is my sandwich, it announces, and no one else’s. But it also signals that escape from that system is impossible: this is the prison’s bologna, it announces, and its bread, and its brand, and don’t you ever forget that.

Before Stanville and before the crime, Romy worked at the Mars Room—“not a middling or mediocre strip club but definitely the worst and most notorious, the very seediest and most circuslike place there is.” Employment at the Mars Room was as terrible as you might expect:

The life was being sucked out of me. The problem was not moral. It was nothing to do with morality. These men dimmed my glow. Made me numb to touch, and angry. I gave, and got something in exchange, but it was never enough. I extracted from the wallets—which was how I thought of the men, as walking wallets—as much as I possibly could. The knowledge that it was not a fair exchange coated me in a certain film. Something brewed in me over the years I worked at the Mars Room, sitting on laps, deep into this flawed exchange. This thing in me brewed and foamed. And when I directed it—a decision that was never made; instead, instincts took over—that was it.

While working at the Mars Room, Romy became an object of obsession for a loner named Kurt Kennedy. She tried to escape him, going so far as to flee the state with her young son Jackson. He tracked her down, confronted her on her doorstep, and that was that.

Romy says that instincts took over. I’d say that her crime was overdetermined by the many systems that shaped and constrained her actions: the capitalist economy that reduces people to walking wallets; the gender system that reduces women to objects of male pleasure. Romy claims that the problem with the Mars Room isn’t one of morality. After all, where you don’t have real freedom, you don’t have real morality. And that’s the absurdity—and, to use a word that Romy might resist, the sinfulness—of the prison system. Unfreedom leads people to crime; our response is simply to ramp up the unfreedom.

Romy spends time thinking about what led her to Stanville: Was the turning point her badly managed trial? Or when she began working at the Mars Room? Or was it some time more distant, in her childhood spent in San Francisco? Romy’s San Francisco isn’t the city of $6,000 apartments but something grimier—the “fog-banked, treeless, and bleak” area called the Sunset District where Kushner herself spent time as a child, an area of “fog and Irish bars and liquor stores all the way to the Great Highway, where a sea of broken glass glittered along the endless parking strip of Ocean Beach.”

Kushner doesn’t have much truck with nostalgia. In The Flamethrowers, she wrote about the wild energy of the New York City art scene in the 1970s, but she also exposed its rampant misogyny. As for Romy, this is how she remembers her native city: “I sometimes think San Francisco is cursed. I mostly think it’s a sad suckville of a place.” Yet, by the narrative present, locked away in Stanville, she’s come to recognize something of the Sunset’s beauty: “What I eventually came to understand, about San Francisco, was that I was immersed in beauty and barred from seeing it.”

Barred from seeing it because immersed in it; prison schools Romy in beauty through its negation. Her memories of the Sunset—“wet feet and soggy cigarettes at a rainy kegger in the Grove. The rain and beer and bloody fights on St. Patrick’s Day”—sound like they could come from a Denis Johnson short story. (Romy at one point receives Johnson’s Jesus’ Son to read.) These particularized memories become beautiful—not uncomplicatedly beautiful but beautiful nonetheless—through their difference from the systemic ugliness that presently envelops Romy.

The Mars Room isn’t exactly a polemical book. It’s too subtle, too novelistic, to merit that adjective. But it does, through aesthetic means, offer a clear critique of the American prison system and of American systems more generally: the legal system, the class system, the capitalist system, the gender system, the racial system.

Prison, though, is the system of systems, radically reducing those who enter its walls. Those locked up become numbers to be counted, bodies to be disciplined and punished. The last lines of the novel—no spoilers here, I promise—read, “And the opposite of nothing is not something. It is everything.” The Mars Room examines the nothingness, the moral and social and logical void, that is at the heart of the American system of mass incarceration. And, in doing so, it paradoxically gestures toward the everything—the humanity, the personhood, the agency—that this system threatens.