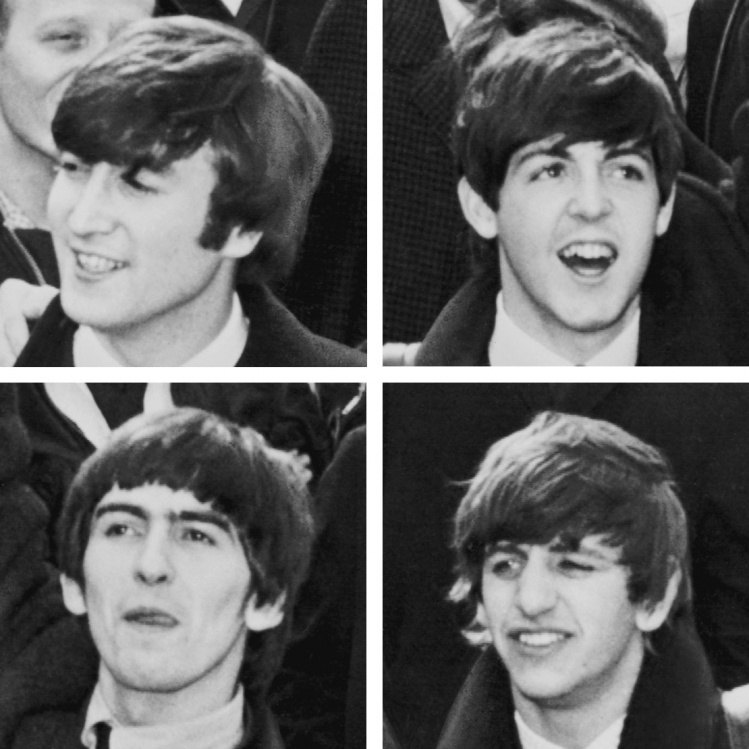 Within ten years, rock-and-roll will be part of the modern college’s curriculum. The only deterrents to immediate academic recognition are its name and its commercial success. Another, more generic title will have to be found or coined (movies had to be called “film” before they gained universal acceptance); “pop,” “beat,” “rock”--these words just wouldn’t look right in a college catalogue. And a few rock-and-roll artists (for the first time the word is being used seriously) will have to start losing money; this will prompt foundation grants and give the art form a starving-genius-in-his-garret tone that elicits sympathy and support.

By the time today’s pre-teeny-boppers get to college, they will be able to choose one of at least three areas of concentration: The Early Years (1954-59), The Dark Ages (‘60-‘63), and the Renaissance and Beyond (‘64- on). More specific courses will examine the contributions of Rhythm-&-Blues, Country-&-Western, Rock Auteurs (Phil Spector, Brian Wilson, Berry Gordy, Burt Bacharach) and Rock Metaphysicians (Paul Simon, Bob Dylan, Donovan Leitch, Stephen Stills). Even the arcane fields will be covered: European Rock 1954-64, The Rock Disc-Jockey, Underground Music ....

This prediction may not be as farfetched as it seems, for rock-and-roll already has its guitar neck in the classroom door. Dylan’s and Simon’s lyrics are being studied in English Lit courses. Swarthmore’s recent College Rock-and-Roll Festival oozed enough seriousness of purpose to fill a weekend Air Pollution Conference. And the Eric Bentley and Tulane Drama Review of rock have emerged in the persons of Richard Goldstein (pop critic for The Village Voice and the New York World, Journal, Tribune, Telegram, American Herald & Sun) and Crawdaddy magazine. A recent issue of Crawdaddy presented Richard Meltzer’s surprisingly funny parody of the pretentious writing on rock-and-roll we can expect once the movement receives academic acceptability. Here is a sample:

“Teilhard de Chardin’s philosophy of education as expounded in The Phenomenon of Man is readily visible in the eclecticism of rock. Just as branches of life strive for continuation, sometimes to succeed and sometimes to reach a dead end, with nature always using a multiplicity of interrelated strivings in its drive toward the ‘Omega Point,’ rock ‘n’ roll is clearly viewable in terms of crude existence.”

“When the Dave Clark Five produced its revival of the Contours’ ‘Do You Love Me,’ they strongly emphasized the phrase, ‘Watch me now!’ What to the Contours meant the observation of the lamenter’s dancing, ‘now that I can dance,’ is to the D. C. Five a metaphor of universal nascent consciousness.”

The humor was all the more surprising for being unintentional.

The provocateurs of rock-and-roll’s respectability kick are, of course, the Beatles. When, in February 1964, the boys first appeared in America, preceded by a $50,000 publicity outlay by Capitol Records, few perceived (or even heard) the music behind the mania. Later, after their film A Hard Day’s Night won the intellectuals’ attention, people began noticing modal progressions in their music and well-expressed observations in their lyrics. The last two years have seen Adult Beatlemania bloom. Bobby Kennedy has long hair and Ravi Shankar will soon be teaching sitar courses at CCNY.

In the process the Beatles have dropped their choirboy image, launched on the cover of their first American LP and promoted in songs like “P.S. I Love You,” “She Loves You,” “And I Love Her.” (Here we except George Harrison, surly from the first. The songs he wrote and sang bore the titles “Don’t Bother Me,” “You Like Me Too Much,” “Think for Yourself” and “If I Needed Someone,” the last with the suggestion: “carve your number on my wall, / and maybe you will get a call from me.”) In the last year, though, their musical topics have included drugs (“Yellow Submarine”), masturbation (I’m Only Sleeping”) and sexual cynicism (“Baby You Can Drive My Car”--the reference is a bit more obvious in England, where the stick shift prevails).

But the Beatles aren’t simply getting gamier; their songs have improved tremendously. Each succeeding album has had fewer mediocre cuts. A Hard Day’s Night, For Sale and Help! (featuring the astounding “Yesterday”) deepened the group’s exploration of pop horizons; Rubber Soul broadened it. Revolver, their latest LP, made startling new gains, and their latest single, “Penny Lane” and “Strawberry Fields Forever,” has consolidated those gains.

“Penny Lane” melds the terse, insightful observations of “Eleanor Rigby,” sound effects á la “Yellow Submarine,” the strong shuffle beat of “Good Day Sunshine,” the poignant trumpet featured on “For No One” and the cheerfully strident brass background of “Got to Get You Into My Life” (all songs from Revolver) into a Breughelesque word-portrait of English suburban life. In addition, Paul McCartney has given each character on Penny Lane a leitmotif: a rolling piano phrase for the village barber, a horn rift for the banker, a clanging bell for the fireman. There’s not much excitement in the town: the song’s muted climax comes when the fireman rushes into the barbershop to tell the townspeople that the rain has ruined his fire-engine’s polish. “Very strange,” the narrator comments, but also very melancholy and haunting. “Penny Lane is in my ears and in my eyes”-- and because of McCartney’s artistry, it will stay there.

“Strawberry Fields Forever” marks a large step forward from the Beatles’ first, rather clumsy attempt at expressing a psychedelic experience through music, “Tomorrow Never Knows” (on Revolver). It succeeds magnificently, and is to acid music what Antonioni’s Blow-Up is to LSD films, an evocation of the experience that is also a comment on it. In fact, the song can be seen as the group’s restatement of Blow-Up’s theme; specifically, it relates the sequence in which the photographer tries to convince his friend, at a pot party, to investigate what may be a murdered man lying behind a tree. “Let me take you down, ‘cause I’m going to strawberry fields. Nothing is real, and nothing to get hung about. Strawberry fields forever!” But as he tries to articulate reasons for going to the field, the photographer slips into a narcotized, indecisive, contradictory slur: “No one, I think, is in my tree. I mean, it must be high or low. That is, you can’t, you know, tune in, but it’s all right. That is, I think it’s not too bad.” His mind stops and he repeats the request, which is now a plea: “Let me take you down .... “ Finally he wavers incoherently between illusion and reality: “Always--no, sometimes--think it’s me; but, you know, I know--and it’s a dream. I think I know. I mean . . . ah yes, but it’s all wrong. That is, I think I disagree.”

For the last time he makes the suggestion, perhaps only to himself, and repeats the phrase over and over: “Strawberry fields forever!” The ominously deep background sounds (cello, double-bass, tuned-down guitar. low trumpets) become louder and overwhelm him. Gradually they fade and are replaced by a kind of calliope gone berserk, suggesting the mimes at the end of “Blow Up.” But the speaker is too high and far away to be brought back to earth by circus noises. “I’m... very... bored,” he mumbles as the calliope fades away and the song ends.

The complexity of these two songs, of most of the Beatles’ recent work and, in fact, of much new rock-and-roll, suggests that scholars in the field may have enough material to base any number of monographs upon. But the Beatles’ songs, at least, are not just musical cryptograms. They are a delight to listen to, fine for dancing to, and are where all the Love Generation’s excitement is, to use a well-known expression, at.