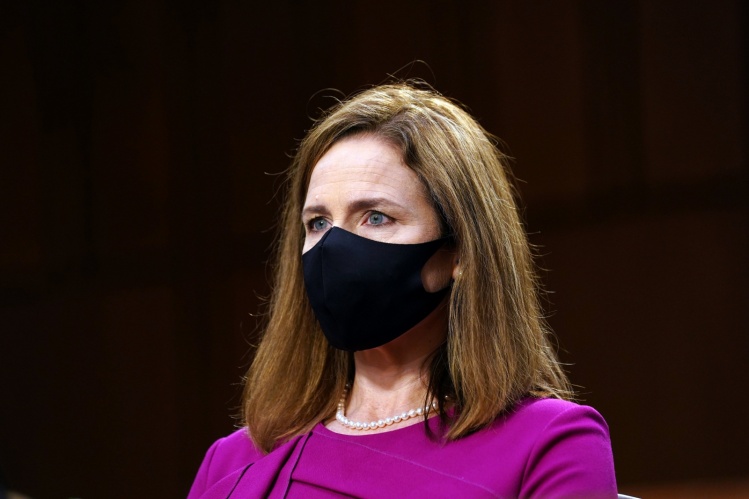 In a sharply worded response in National Review to my Commonweal article on Amy Coney Barrett’s Supreme Court nomination, Ed Whelan has challenged my claim that there are significant differences between the judicial philosophies of Judge Barrett and Justice Antonin Scalia. I’d like to reply.

With respect to judicial restraint, I pointed out that Barrett argues it was a mistake for “early originalists” (Barrett and Nagle 2016, 3) such as Scalia to support originalism by invoking the value of judicial restraint. As Barrett sees it, originalism is not a theory of judging but a theory of law. According to “modern originalists” (Barrett and Nagle 2016, 3) like herself, originalism claims that original meaning is the law, and thus binding on judges (and all other public officials) whether that serves to restrain judges or not.

Whelan counters that this creates a false contrast between Scalia’s views and Barrett’s. He writes:

One of Scalia’s frequent criticisms of “living constitutionalism” and other alternatives to originalism is that they “can take away old rights as well as create new ones.” (The Essential Scalia, p. 16.) Insofar as Bassham is presenting Scalia as, above all, an apostle of judicial restraint, he is missing that Scalia was as adamant about enforcing the rights that are in the Constitution as he was about not inventing rights that aren’t in it.

I am well aware of Scalia’s concerns about the court taking away old rights, but fail to see how that has much bearing on my argument. Scalia argued repeatedly that one of the major attractions of originalism is that it curbs judicial willfulness, discretion, and policymaking. Barrett argues that judicial restraint isn’t a reason for embracing originalism at all. Modern originalists of her stripe “have abandoned the claim that one should be an originalist because originalism produces more restrained judges. Originalism has shifted from being a theory about how judges should decide cases to a theory about what counts as valid, enforceable law. The Constitution’s original public meaning is important not because adhering to it limits judicial discretion, but because it is the law” (Barrett 2017a, 81). To Barrett, whether a court should be activist or restrained is “purely contingent” on whether a challenged law or policy squares with original meaning (Barrett 2017a, 82n60, quoting Keith Whittington). For Scalia, judicial restraint is a critical support for originalism, and thus a check on destabilizing judicial rulings; with Barrett, this built-in check disappears.

For Scalia, judicial restraint is a critical support for originalism, and thus a check on destabilizing judicial rulings; with Barrett, this built-in check disappears.
sharetweet

As for stare decisis, I pointed out that Scalia seemed to be substantially more respectful of mistaken, non-originalist precedents than Barrett is. Scalia claimed to be a “faint-hearted” originalist, recognizing that much of modern constitutional doctrine is inconsistent with original meaning and cannot be uprooted without creating massive disruption and chaos. He thus embraced a fairly robust form of stare decisis in constitutional cases that would “preserve most of the nonoriginalist holdings on the books” (Scalia and Garner 2012, 87). By contrast, Barrett sides with “fearless originalists,” who believe “that a judge’s duty is to the Constitution and that it is thus more legitimate for her to enforce her best understanding of the Constitution rather than the precedent she thinks clearly in conflict with it” (Barrett 2013, 1728).

In response, Whelan points out that Barrett does not characterize herself as a “fearless originalist,” but quotes the phrase from Randy Barnett, who uses it to describe his own attitude toward mistaken non-originalist rulings. Whelan’s point is well taken, and I should have noted the attribution. The point is of little consequence, however, because in a passage that Whelan himself quotes, Barnett defines a “fearless originalist” as one who endorses the following thesis: “If a prior decision of the Supreme Court is in conflict with the original meaning of the text of the Constitution, it is the Constitution and not precedent that binds present and future Justices.” As we have just seen, this is precisely the view that Barrett herself embraces.

Whelan argues Barrett “has vigorously defended the traditional principle of stare decisis...that Scalia endorsed,” but his selective citations fail to bear this out. I noted that Barrett has argued for what she calls a “weak” (Barrett 2016, 1725) doctrine of stare decisis in constitutional cases that does not create a strong presumption in favor of retaining earlier mistaken or unworkable decisions. Whelan claims that this is the traditional view of constitutional precedent, which both Barrett and Scalia defend. In fact, this is a major point on which Barrett and Scalia disagree.

As I pointed out, Scalia argues that stare decisis isn’t part of originalism, but is instead a “pragmatic exception” to it. “The whole function” of the doctrine of stare decisis, Scalia says, “is to make us say that what is false under proper analysis must nonetheless be held to be true, all in the interest of stability” (Scalia 1997, 139). Barrett rejects any such pragmatic exceptions. Her view is that “the Constitution’s original meaning is binding law that cannot be overcome by other considerations, including pragmatic ones” (Barrett and Nagle 2016, 4). This leads her to explore at some length whether some non-pragmatic, principled means of reconciling originalism and non-originalist precedent might be found (Barrett 2017b). In the end, she largely falls back on various “passive” strategies that judges can employ to avoid head-on collisions between original meaning and popular, well-entrenched non-originalist holdings. When push comes to shove, however, the inexorable logic of “original public meaning is the law” must prevail, and the mistaken precedents must die. As she says, it is all a matter of “timing” (Barrett and Nagle 2016, 43).

In short, Whelan’s ill-tempered riposte leaves my argument unscathed. On the crucial issues of judicial restraint and respect for precedent, Judge Barrett and Justice Scalia do not share the same judicial philosophies. The differences are significant, and should alarm those who fear a right-wing purge of hard-won constitutional rights and freedoms.