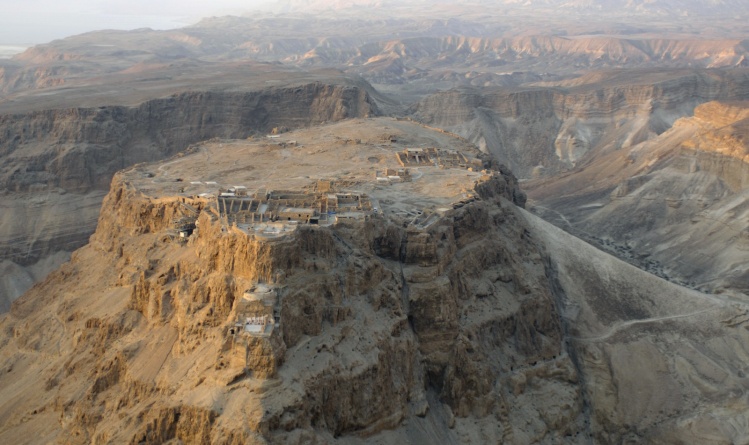 Masada is one of the most important archaeological sites in Israel, and an awesome physical structure. A massive fortress hewn into the high hills of the Judean desert, its steep cliffs rise 1,300 feet above the Dead Sea. The only access is via cable car or the narrow, twisting “Snake Path” on the eastern slope. One of King Herod’s most impressive building projects (ca. 30 BCE), it’s also a UNESCO World Heritage Site, attracting more tourists each year than almost any other site in Israel. Excavating Masada remains a rite of passage for Israeli archaeology students.

But Masada is not just a significant site for the history of Second Temple Judaism. Its story also exerts a powerful hold on both the modern state of Israel and the contemporary Jewish-Israeli imagination. The key historical question surrounding Masada—the unanswerable question—is the so-called “Masada myth,” the story of the mass suicide of 967 Jewish men, women, and children who chose to die at the site rather than submit to enslavement or murder at the hands of the Roman army (ca. 73 CE). There’s only one extant written account, Flavius Josephus’s The Jewish War (composed during the 70s–80s CE), the historical reliability of which is highly debated today. Still, the myth became an important symbol for the modern State of Israel, which adopted the slogan “Masada shall not fall again” at its founding in 1948.

In light of the painful and complex relationship between Israel and Palestine today, the slogan (and the site) has become even more fraught. And not just for Israeli Jews, but for Jews throughout the world. Zionism—the idea of return to Israel so key to the current state, with roots in the Hebrew Bible—only adds to the growing unease with the site’s history, compounding the potency of the historical question. What really happened out there in the desert so long ago?

Jodi Magness, a scholar of early Judaism at the University of North Carolina and one of the most important archeologists currently excavating in Israel, seeks to reevaluate this question in Masada: From Jewish Revolt to Modern Myth. Early in her career, Magness studied with Yigael Yadin at the Hebrew University in Jerusalem. Yadin had excavated Masada in the 1960s, and is remembered as one of Israel’s most famous archaeologists. Based on his discoveries and subsequent interpretation of the archaeological data, Yadin perpetuated and popularized the myth of the mass suicide in his popular 1966 account Masada: Herod’s Fortress and the Zealot’s Last Stand. Now, Magness’s goal is to use more recent archaeological developments alongside Josephus’s account in order to reevaluate what really happened at Masada, all within the broader context of Second Temple Judaism.

Leaning heavily on Josephus and comparing his account to the archaeological data, Magness’s ultimate answer (it comes only in the book’s final pages) is anticlimactic: we can’t know. Such a conclusion isn’t exactly new—archaeologists have come a long way from early proof-texts of written sources, and few scholars today would sign on unequivocally with the Masada myth.

Magness begins by providing a full contextual backdrop. The book’s nine chapters offer an accessible historical overview of early Judaism in Israel-Palestine. The first three chapters center on Masada: Magness surveys the final siege, giving background to Josephus’s account; outlines the early history of Western explorers of Masada; and maps Masada’s geographical setting. She then expands the historical context, first cataloguing the building projects of Herod the Great, then tracing the history of Judea prior to Herod through the Jewish revolt against Rome. She concludes with the Jewish rebels’ occupation of Masada. The book is an accessible read, and includes two sets of high-quality illustrations and maps. More than half of these focus on Masada—in addition to the maps, there are shots of discoveries like mosaic floors, pots, arrowheads, even a braid of human hair.

Only after this thorough historical examination does Magness finally offer her interpretation of what happened at Masada:

I am often asked if I believe there was a mass suicide [there], to which I respond that this is not a question archaeology is equipped to answer. The archaeological remains can be interpreted differently as supporting or disproving Josephus’s account. Whether or not the mass suicide story is true depends on how one evaluates Josephus’s reliability as an historian—a matter I prefer to leave to Josephus specialists to resolve.

She thus ends the book, ironically handing Josephus back to the textual specialists after relying on him for her reconstructions of the history of early Judaism. It’s a maddeningly neutral answer to the book’s key question.

Magness’s book has been almost universally well received, but there’s reason to question her circumspection, strangely at odds with her otherwise fiery personality. I met Magness myself at Providence College back in 2017. Fresh off the plane from Tel Aviv (she’d left her dig at Huqoq in the Galilee to give a quick paper and head back), she struck me as fierce. Her build petite and wiry, her remarks biting and uninhibited, Magness electrified the room with her brilliance. (She remains an inspiration for me.)

That’s partly why I left this book disappointed and conflicted. It ought to have occasioned serious grappling with the thorny issue of the limits of data (both archaeological and textual) for the reconstruction of ancient history, as well as the unavoidable subjectivity that colors scholars’ interpretations. It also begged for Magness’s final interpretation of the evidence, however qualified. Lacking Magness’s typical energy, her dry account reads tiredly, like a skeleton without blood, sinews, or spirit.

History often repeats itself, and those of us who study the past have a duty to bring what we study to life.
sharetweet

Apart from the tone, there’s a more serious issue with the book. Any textual scholar would find Magness’s reliance on Josephus problematic, despite her caveats. Of course, she’s an archaeologist attempting to reinterpret archaeological evidence; but a surprisingly large amount of Magness’s historical reconstructions evince a facile acceptance of Josephus as “history,” rather than a messy combination of ancient historiography, literature, and political and religious ideologies. Here Magness falls prey to a frequent risk in our interdisciplinary fields: those of us who work with ancient texts often use archaeology superficially; conversely, even the best archaeologists often commit the same error with ancient texts. There are limits to our training.

Critiques aside, there is much to commend in this book, especially for readers seeking more information about early Judaism, a better sense of early Jewish-Christian dynamics, or insights into the inherent tension between the paucity of ancient sources and our interpretations of them. The end of the first chapter, for example, contains an insightful discussion of how Christians and Jews differ in their reading of Josephus. (The tendency in Christianity, often marred by supersessionism, has been to elevate him, while Jews have rightly been more suspicious). And portions of chapters two and three provide beautiful physical descriptions of Masada and its surrounding geography; the historical account of the line of rule in Judea leading to Herod is likewise solid.

When it comes to pure archaeological bravura, in the end nothing tops Magness’s analytical rigor. When she does train her gaze on the archaeological data, her insights are laser-sharp. One of the more memorable discussions pertains to the key evidence for interpreting Masada as a site of mass suicide. Yadin’s discovery of three skeletons piled together in the ruins of the complex (a young man, a young woman, and a child) left him with no doubt that mass suicide had occurred. Yet, as Magness argues, we might just as easily interpret this collection of bodies as the result of a hyena dragging a jumble of bones into a corner.

The most memorable (and poignant) section of the book arrives at the end, where Magness describes Yadin and her early fascination with him as a young student. It’s a powerful reminder that one cannot decouple the archaeologist from the sites she excavates, or the scholar from her work. Though certainly called to be objective, ultimately we archaeologists and textual scholars are all subjective interpreters of ancient evidence, bringing our desires and prejudices to our work.

History often repeats itself, and those of us who study the past have a duty to bring what we study to life, allowing our expertise to shed light on contemporary questions and conflicts. Archaeological sites, especially in Israel, contain layers of human experience—birth, death, war, occupation, daily customs—that bear directly on political, social, and religious debates today. Masada is but one example. What would Magness say about how the memories of this site (and the fraught slogan “Masada shall not fall again”) function in modern Israel? Detachment has its limits. Throughout the book, it was her human viewpoint, not just her archaeological expertise, that I yearned for.

Mahri Leonard-Fleckman is assistant professor of Religious Studies at the College of the Holy Cross. She is the author of Ponder: A Contemplative Bible Study for Year B, forthcoming from Liturgical Press. 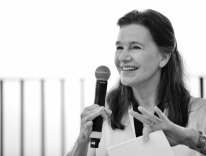