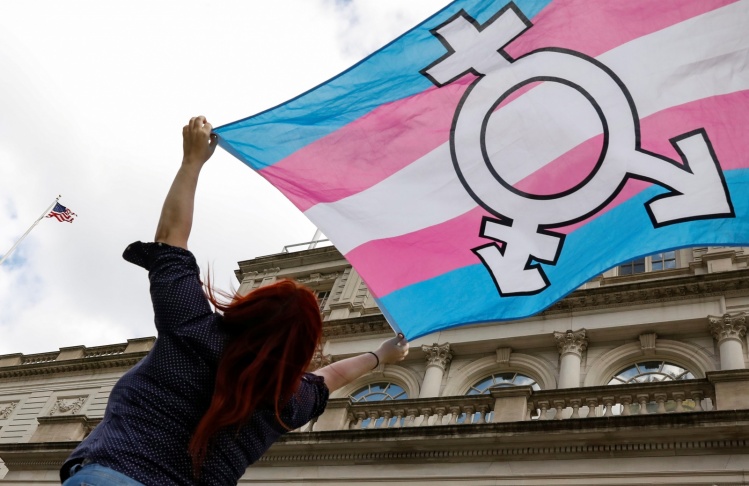 A new Alabama law banning gender-affirming medical care for transgender minors was in effect for less than a week before a judge ruled that several of its provisions were unconstitutional. The law is part of a larger trend of state legislation targeting trans and gay youth. Some of the legislation, like the Alabama ban, would make it a felony to provide puberty blockers, hormone therapy, or surgery to minors. Other laws, like one in Florida, prohibit any conversation about sexuality or gender in classrooms below a certain grade level. Still others would prevent trans girls from using girls’ bathrooms.

Proponents of such legislation say they are only trying to protect children. There is a particularly cruel irony in this claim. Transgender youth are among the most vulnerable people in society. They are disproportionately subject to bullying and abuse and are significantly more likely than their cisgender peers to attempt suicide and struggle with serious depression. Numerous studies have associated affirming children’s gender identities with improved mental health, and national surveys by the Trevor Project suggest that the best way to reduce the number of suicide attempts by LGBTQ youth is to provide a welcoming and accepting environment for them. Despite such evidence, one Tennessee bill would give teachers the right to “misgender” their students.

For prepubescent children, transitioning is not about surgery; it is about being allowed to choose one’s own clothing, haircuts, and pronouns. In fact, no surgeons in Alabama provide gender-affirming surgery for minors, which means that clause of the law is merely symbolic and completely gratuitous. But thanks to the judge’s ruling, the puberty blockers that the law also banned can once again be introduced in consultation with families and medical professionals. These medications, which have been in use for decades, allow children who display “a long-lasting and intense pattern” of gender dysphoria to delay puberty. According to the Pediatric Endocrine Society, of youth who wanted puberty suppression, those that received it were 70 percent less likely to have suicidal ideation than those who did not.

Transitioning is complicated, and even medical professionals continue to debate the exact role of various medical interventions. But the people best poised to work through those physical and psychological complications are the children, families, doctors, and counselors involved. Sending doctors who provide this care to jail, with no provisions for children already taking medication, is not a solution. Anti-trans bills rely on misinformation about what transitioning actually entails, and have been sharply criticized by medical institutions, including the American Academy of Pediatrics and the American Medical Association. The rhetoric used by anti-trans lawmakers and their supporters is even worse than the legislation itself, stoking groundless fears that trans girls will prey on cisgender girls in school bathrooms (no such incident has ever been verified) or accusing critics of the new legislation of being pedophile “groomers.”

Some of these bills will never make it to a governor’s desk; some will be blocked by the courts. But the fact that they are even being introduced serves to shame and shun an already stigmatized and often defenseless group of people. Whether such proposals are motivated by ignorance or malice, it is clear that their practical effect would be to harm, not protect, children.