Americans & the Needs of Strangers 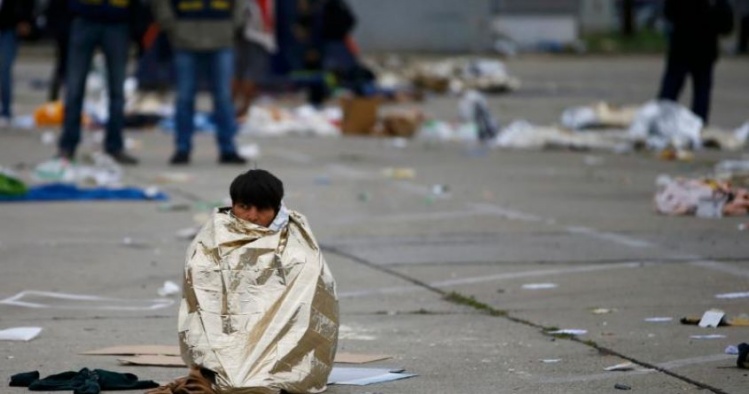 Why should the United States take in tens of thousands of Syrian refugees? Should we make policy on the basis of searing pictures? How much suffering is never photographed or televised and therefore ignored? And what is our obligation to strangers?

Humanitarians might view such questions as a form of heartlessness. Yet those who believe that we should take in many more of those fleeing violence and death need to take them seriously.

Let’s begin with Donald Trump’s view. “We have our own problems,” he said last Wednesday. “We have very big problems between our own borders and our infrastructure and everything else.”

Don’t dismiss this. We do have problems, including one he doesn’t directly mention: Millions of Americans face poverty, violence, unemployment and a shortage of opportunity. We are not doing nearly enough to help these fellow citizens down the street or across the nation.

It’s easy for upper-middle-class humanitarians—yes, I guess I’m in this group—to speak from quite comfortable circumstances of their concern and horror over the suffering in the Middle East and Europe. Although taking in more refugees won’t have much impact on our unemployment rate, jobless Americans who worry about how the new arrivals might affect their ability to find work are not morally insensitive. They are reminding us of our unmet obligations at home.

Those who favor taking in the refugees often argue that the United States helped “cause” the problem in Syria, so we have a special responsibility to resolve it. The left points to how the Iraq War destabilized the Middle East. The right and parts of the center say the United States and Europe failed to intervene soon enough in Syria’s civil war to prevent it from spiraling into murderous chaos.

Even though I think the Iraq War was a mistake and don’t write off the argument that the U.S. and its allies might have done more, earlier in Syria, I don’t think these are persuasive reasons for acting.

Like many, I am honestly uncertain that early intervention in Syria would have worked as well as its advocates say. In any event, Syria’s civil war is primarily rooted in Middle Eastern realities. It’s true that we need to work much harder with our allies and our adversaries to bring the war to an end. But this will not be easy or quick.

So why should we take in refugees? Simply because it is the right thing to do, because it’s in keeping with who we say we are, and because we remain collectively a wealthy nation and can afford it. Pride in our moral claims is not limited to any economic class. In fact, the least advantaged are often the most generous to others.

We should do it because we have always regretted leaving people in grave danger instead of taking them in. We should never forget our failure to give refuge to more European Jews before they were marched into Hitler’s death camps.

One politician who is not turning away is former Maryland Gov. Martin O’Malley. His Democratic presidential campaign is not gaining much traction. But whatever happens to him politically, he will always be able to point to this good deed: Not only has he called forcefully for the U.S. to start by taking in 65,000 refugees—well beyond the 10,000 President Obama announced he would admit—but he has also framed his argument in unabashedly moral terms.

“The strength of our country depends on our acting in accordance with our deepest principles,” he told MSNBC’s Chris Hayes last week. “And one of those very, very deep principles, and it’s taught in every world religion, is that thou shall be kind to strangers, particularly when they are fleeing death or famine. ... We have to act like the good and generous and compassionate people we are.”

Of course we should do more for our own citizens who need a hand. But our failure to help some who are in need should never be an excuse for refusing to help those facing genuine catastrophe.