Agreeing on How to Disagree 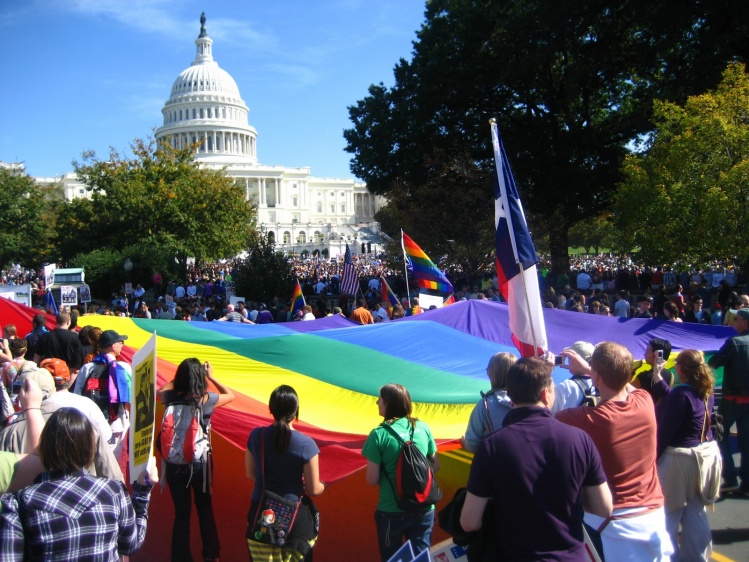 Though the legal debate over same-sex marriage has been resoundingly settled in this country, questions over how to treat dissenters show no signs of abating. Every month brings new culture-war flash points as florists, bakers, and even some public officials invoke a right of conscience not to support or participate in a same-sex wedding. These refusals, in turn, have triggered a redoubled commitment to the primacy of nondiscrimination laws among those committed to LGBT rights.

Last year, for example, the U.S. Commission on Civil Rights declared that the civil rights guaranteed through nondiscrimination laws “are of preeminent importance in American jurisprudence,” and that religious exemptions “significantly infringe upon these civil rights.” The commission’s chairman accused “religious liberty” of standing for “hypocrisy” when it is invoked to defend “homophobia,” among other social ills, and warned that “religion is being used as both a weapon and a shield by those seeking to deny others equality.” On the other side of the divide, GOP presidential candidate Mike Huckabee suggested that the embrace of same-sex marriage has the country on the path toward “the criminalization of Christianity.”

If the leaders tasked with helping guide the citizenry through this clash of values resort to such simplistic characterizations, what hope is there for the rest of us? Though today’s battles over religious liberty and nondiscrimination norms are centered on LGBT rights, common ground also appears to be shrinking in related debates about access to abortion and contraception, the rights of corporations, and the legal status of conscience more generally. And citizens more often encounter the issues not through nuanced analysis but through a barrage of 140-character tweets from people with whom they are already likely to agree.  Reasoned discourse across the cultural divide is hardly the hallmark of our age.

Enter three philosophers and unlikely coauthors: John Corvino, a longtime same-sex-marriage advocate, and Ryan Anderson and Sherif Girgis, two outspoken opponents of same-sex marriage. Their new book, Debating Religious Liberty and Discrimination, is a direct challenge to our cultural moment, opting for careful analysis over clickbait, mutual understanding over demonization, and clearly demarcated disagreement over sweeping dismissal. The authors take the time to lay out their best arguments, then respond to the best arguments of their opponents. Whether or not the book ultimately causes readers to change their views is not the measure of its success. The authors provide a desperately needed model for engagement: they argue with, not at their opponent; they argue together. Several lessons emerge.

First, even steadfast opponents can share the same underlying fears. In this book, the bogeyman is “the Puritan mistake”—the historical tendency to win liberty for oneself and then deny it to others. Corvino claims that, while “we are all potentially Puritans,” the “the rhetoric of ‘religious liberty’ today is more often invoked by those who seek to exclude than by those who favor a big tent.” Anderson and Girgis, by contrast, argue that “a progressive Puritanism has arisen on these issues—an effort to coerce conscientious dissenters to live by the majority’s views; to punish the heretic.” By articulating the fear—that we are repeating our past liberty-denying mistakes—a common framework for the debate comes into focus.

Second, discourse is strengthened when we recognize the limitations of our own positions. We have become accustomed to a cable-news culture in which guests battle for every inch and concessions are taken as a sign of weakness. Corvino, Anderson, and Girgis are upfront about where their arguments do not and should not lead. Corvino does not reject religious exemptions categorically; he concedes, for example, that providers of a service should not be legally compelled to provide custom services that violate the dictates of their consciences; it is only when they refuse to sell the very same item to other customers on the basis of the customers’ sexual orientation (or race, religion, etc.) that the law should intervene. For their part, Anderson and Girgis admit that “coercive policies would be needed…if discrimination were rife, so that LGBT people were locked out of the market or out of the public square or into second-class status.”

The authors provide a desperately needed model for engagement: they argue with, not at their opponent; they argue together.
sharetweet

Third, focused disagreement is productive disagreement. The authors cover a lot of ground. In the end, two questions emerging from the analysis strike me as the most salient and, in my view, would serve as prudent starting points for future debates over religious liberty and nondiscrimination. They do not lend themselves to easy answers, but they clarify the scope of disagreement. The first question is: What value should our legal order place on a person’s ability to live with integrity? Anderson and Gergis explain:

Harmony or integrity between one’s convictions and actions grounds our concerns with the rights of conscience. Harmony between the self and others is about friendship and solidarity and social respect, rights of association and assembly, and antidiscrimination interests. And harmony between the self and the transcendent grounds our concerns with religious freedom.

They urge courts to weigh the value of integrity against the harm to be avoided through the imposition of nondiscrimination laws. Corvino counters that “harmony between belief and action may lack value when the underlying belief is badly wrong,” and we can “determine when the belief is badly wrong” by “its tendency to cause harm to others.” In those cases, “it is not clear that the integrity…deserves any ‘weight’ at all.” This is a sharp and enormously important point of disagreement. Should our legal system value integrity as an intrinsic good, or only in cases where the underlying belief is not “badly wrong”?

The second question is this: Does the prevention of dignitary harms warrant imposing the law’s coercive power on those whose exercise of conscience threatens such harm? In the vast majority of cases, a baker’s refusal to support a same-sex wedding, for example, does not prevent the couple from obtaining a wedding cake. Most bakers are more than happy to take the money and bake the cake. But what about the harm from the denial itself, regardless of what is available from the shop down the street? Being refused service for reasons so closely tied to one’s self-conception can be a deeply upsetting experience.

Anderson and Girgis point out that liberals appear to embrace a double standard when it comes to the legal treatment of these dignitary harms in cases of free speech versus cases of religious liberty. It is popular to protect “even offensive speech,” which “can inflict far more of the dignitary harm that progressives would cut down religious freedoms to suppress.” Given liberals’ defense of the right of the Westboro Baptists to engage in antigay picketing, for example, why should the specter of dignitary harm compel a florist to provide services for a same-sex wedding? Corvino contends that the relevant distinction is not between speech and religion, but between speech and action. The florist is free to say whatever she believes, as are the Westboro Baptists, but the action of denying service warrants a different legal outcome. Our answer to the question of dignitary harms will determine the resolution of these debates.

The book’s fourth and, in my view, most important lesson: restoring relationships across the political divide does not necessarily require shared beliefs, but it will require shared work. The book’s tone in this regard was set by the introduction, jointly authored by Corvino, Anderson, and Girgis. They identify foundational principles and recite a history of religious liberty in our country. In an era of rampant “fake news” accusations, setting out agreed facts before proceeding to engage arguments is (unfortunately) a bold gesture. When it comes to religious liberty and nondiscrimination, if we cannot agree on where we should go, can we at least agree on how we arrived where we are? The authors can and do. Consensus about the facts should not be mistaken for concession on the normative claims, though; neither side pulls any punches in the arguments that follow. Anderson and Girgis identify specific areas of consensus with Corvino after 237 pages of back-and-forth criticism. Robust, honest, and respectful argument can be an impetus to authentic, if not total, agreement.

Lobbing broad accusations across our religious-liberty battle lines takes very little effort and is a sure-fire way to draw an enthusiastic crowd of the like-minded. Corvino, Anderson, and Girgis are no strangers to these battles, but they have also taken the time to ensure that they are not strangers to each other. For a nation that seems more divided than ever, that’s a great place to start. 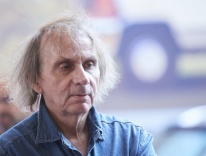