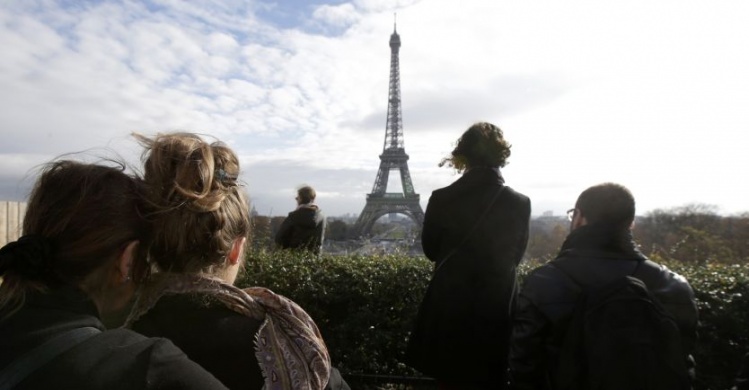 Like all acts of terrorism, the attacks in Paris on November 13, which killed 129 people and wounded hundreds of others, came as a horrible shock. Yet they were not exactly a surprise. ISIS, which immediately claimed responsibility for the slaughter, had long threatened to strike in Europe, and several of its earlier attempts had been thwarted. The previous day, ISIS suicide bombers had killed at least forty-one people in Beirut, an event that received relatively little international attention. British and U.S. officials also suspect that an ISIS affiliate was responsible for the October 31 downing of a Russian passenger jet in Egypt, which killed all 224 people aboard. Paris, then, was only the latest in a series of atrocities, and it is unlikely to be the last. ISIS poses a serious threat to international stability, and it must be confronted by an international coalition that includes not only Europe and the United States, but also Russia, Iran, and the Arab states.

ISIS—also called the Islamic State—pretends to be a new caliphate, uniting Sunni Muslims throughout the Fertile Crescent and beyond, but it may be better understood as a kind of death cult, attracting young volunteers who long for a glorious martyrdom and commit acts of savagery that even Al Qaeda finds despicable. The grand imam of al-Azhar, one of the most prominent clerics in the Muslim world, has described ISIS as “satanic,” and that’s not too strong a word: the group’s m.o. involves targeting civilians, beheading prisoners, and enslaving women. So far, no one in the West has been able to offer an adequate explanation for the organization’s appeal, or for its durability. ISIS would seem to remind us that some evils are harder to understand than to resist.

How to remove that threat remains a puzzle. Solving it will require resolve, international cooperation, and patience. Despite thousands of airstrikes carried out by the United States and now Russia, and despite heroic efforts by Kurdish militias, the Islamic State has proved remarkably resilient. Although it has suffered setbacks in both Iraq and Syria, it remains in control of large sections of both countries and boasts of having erased the Sykes-Picot border that had divided them since 1916. For ISIS, the only border that matters is the one between the faithful and the infidels, a category that includes not only Jews and Christians but also Shiites and Sufis. The organization has spread throughout the Middle East, established itself in Libya, and inspired pop-up branches in northern Africa.

Understandably wary of another ground war in the Middle East, President Barack Obama has been loath to commit U.S. ground troops to the fight, relying instead on airstrikes, while providing logistical support, advisers, and trainers to Kurdish and Iraqi fighters. Predictably, some American politicians and pundits are calling for the United States to put boots on the ground, and to do so unilaterally. Acting alone, however, would be a serious mistake. ISIS is not a problem that can be solved by any one country, least of all the United States, whose credibility in the Arab world has never been lower. That does not mean nothing can be done. ISIS is not going to disappear on its own, and the civilized world cannot afford to let it have its way forever.

The failures of the Iraq War ought to make the United States more careful and less hubristic, but should not paralyze us in the face of what Pope Francis has described as a “piecemeal World War III.” Diplomacy must still play a role. Ending the Syrian civil war is the necessary first step. The United States, Russia, and Iran are reported to have worked out a cease-fire agreement that may lead to the departure of Syrian president Bashar al-Assad. If that can be accomplished, it would allow the now-divided regional and international actors to focus on ISIS. France, supported by the United States, has already launched a series of airstrikes against Raqqa, ISIS’s putative capitol. These actions are surely justified, but they will not put an end to the terrorist threat. In the meantime, the nations of Europe must devote more resources to intelligence and surveillance efforts and to their counterterrorism capabilities. After all, of the six identified terrorists who carried out the most recent attacks, five were born in France. On the military front, President Obama has done a poor job explaining how his incremental approach can drastically reduce the terrorist threat and ultimately defeat ISIS. In light of the Paris carnage, he will have to convince the American people and our allies that his strategy is working. Results matter. If it is not working, Obama will be compelled to change course. If ISIS continues to strike with seeming impunity, the United States and its allies, presumably with UN approval, will have no other choice but decisive military intervention.