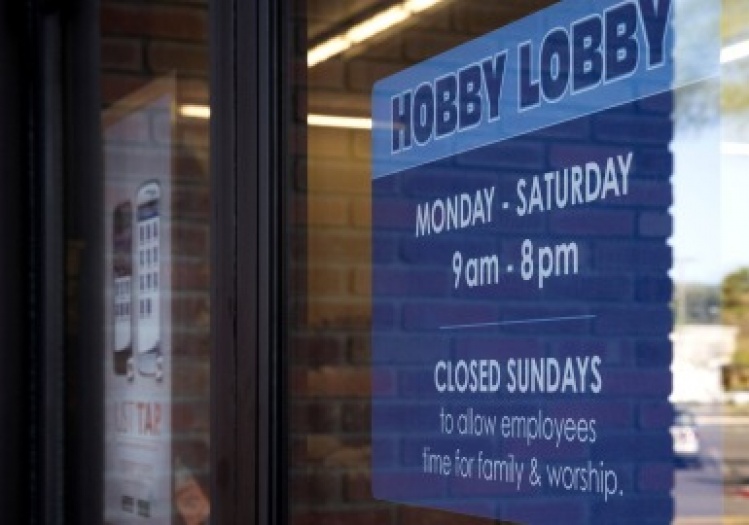 It’s not often that social and corporate conservatives come together, but the five right-of-center justices on the U.S. Supreme Court fashioned exactly this synthesis in their Hobby Lobby decision this week. In a religious freedom case related to birth control, the majority focused on the liberties of the company’s owners, not of those who work for them.

More than that, the justices continued to press their campaign to create an entirely new legal regime under which corporations enjoy rights never envisioned by our Founders or the generations who followed them.

On the same day and by the same 5-to-4 majority, the court ruled in Harris v. Quinn that home health care workers who choose not to belong to a union don’t have to pay the union’s cost of bargaining for a contract. The conservative majority again used the slogans of liberty, this time to undercut the ability of low-paid workers to organize themselves for higher wages and benefits.

In the Hobby Lobby case, the court ruled that because the owners of the $2 billion arts-and-crafts chain believed that certain contraceptives are abortifacients, they could not be required by the Affordable Care Act to include them in health plans supported by the law.

The decision, written by Justice Samuel Alito, is strange in a number of ways. It barely nodded at settling the factual question of whether or not birth control methods such as an IUD are abortion-inducing. While Alito was at pains to say that the case applied only to objections to birth control and not, for example, to “immunizations,” his language (“may involve different arguments”) was vague.

And I loved Alito declaring that the best way to resolve the matter “would be for the government to assume the cost of providing the four contraceptives at issue to any women who are unable to obtain them under their health-insurance policies due to their employers’ religious objections.” Bring on single-payer for contraception! It was a small victory for socialized medicine.

One bit of good news: After first providing a far-too-narrow exemption from the contraception mandate for explicitly religious nonprofits, President Obama came up with an accommodation that provides birth control coverage through alternative means. Alito said the administration’s approach “achieves all of the government’s aims while providing greater respect for religious liberty” and should have been applied to closely held corporations such as Hobby Lobby. Will he and the other conservatives remember these friendly remarks when they rule in future litigation against the Obama contraception compromise?

But above all, there is the very troubling desire of the court’s conservatives -- made manifest in its Citizens United decision -- to let individuals use the corporate form to escape “personal responsibility for the entity’s obligations,” as Justice Ruth Bader Ginsburg put it in her dissent, but then exercise the rights of individuals when doing so is convenient. They want corporations to have it both ways. “One might ask,” Ginsburg wrote, “why the separation should hold only when it serves the interest of those who control the corporation.”

Here, as in the health care workers case, the profound class bias of the court’s majority is there for all to see.

It’s unfortunate that the Obama administration’s initial, parsimonious exemption for religious groups helped ignite the firestorm that led to Hobby Lobby. It might consider this lesson as it moves, rightly, to issue an executive order to ban discrimination against LGBT people by government contractors. I’ve long believed that anti-gay behavior is both illiberal and, if I may, un-Christian.

It would be better still if the House passed the more comprehensive Employment Nondiscrimination Act that cleared the Senate last year on a bipartisan vote and includes a religious exemption. But before it issues its executive order, I hope the administration convenes a broad public consultation with religious groups to explore if there are ways to ban LGBT discrimination that they can live with.

Perhaps key religious groups will refuse to give ground. LGBT organizations may well see any accommodations as selling out fundamental principles. I get this. But the effort is worth making because we don’t need more distracting religious wars that give the right the sorts of openings the court used this week to push us backward.

As we celebrate the 50th anniversary of the Civil Rights Act, it ought to be easy to recognize how often religion has been a progressive force in our national life. Liberals should embrace religious liberty as their own cause. It should not be put to the service of reaction.

Ignore Grover (and Learn from Him)