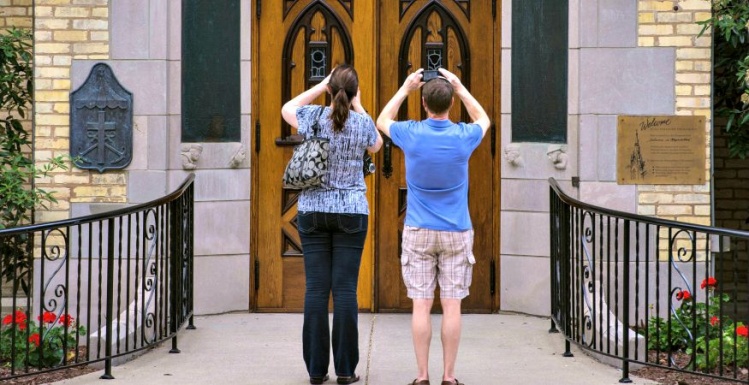 Since the 1960s, when the fields of professional ethics began to take shape, there has been a growing interest in the broader field of ethics. Yes, there was a time before hospitals regularly consulted ethicists (as for large corporations, well, don’t hold your breath). Curiously absent is any substantive treatment of the ethics of the academy. The prolific moral theologian James Keenan, SJ, says that his is the first book on “university ethics,” by which he means the study of the ethical standards that apply across an entire institution.

To be sure, there have been forerunners of this field, such as the philosopher Steven Cahn, who in the 1980s and ’90s proposed academic ethics as a topic for serious inquiry. But the general lack of attention to university ethics as such is indicative of a wider problem. Keenan writes:

Simply put, the American university does not hold its employees to professional ethical standards because it has not created a culture of ethical consciousness and accountability at the university, and this is in part both because of the nature of the contemporary university and because it does not believe that it needs ethics.

Keenan draws an intriguing comparison between universities and churches—in particular, the Catholic Church—rocked by sex-abuse scandals. Both institutions presumed that if they could teach ethics, they did not need ethics themselves. But that is self-delusion. No complex institution can hope to act ethically unless it continually and honestly assesses its culture, establishes strong standards for behavior, trains its members to follow those standards, and holds those members accountable.

Of course, there are thousands of people who behave ethically throughout academia. Keenan’s complaint, however, is that ethical standards are not articulated, faculty and administrators receive no ethical training, and systems of accountability are extremely weak. These deficits enable a host of violations, with each academic year bringing another batch of disturbing news stories. The book covers a number of issues, including gender inequity, sexual assault, racial discrimination, financial mismanagement, lack of access to college for poor students, and the skewing of priorities toward too-powerful sports programs. Keenan places a discussion of student behavior—drinking, harassing, and cheating—in the middle of the book. These are not simply problems for the students. They are problems for their universities. If ethics is not “constitutive of the university in the first place,” writes Keenan, “and I don’t think it is, we cannot possibly ask our students to see why our teaching ethics for their personal appropriation and development is a credible act.”

Keenan gets at the wider problem by looking at how a university treats adjunct professors—those poor part-time professors who try to cobble together a living without benefits or job security. For Keenan, the problem of adjuncts crystalizes much of what’s wrong with university life: a culture that is separated into “fiefdoms,” stratified into a “caste system,” and comparable to a “drug gang”; the misplaced priorities of institutions (many mission-oriented and liberal-arts courses are heavily staffed by adjuncts); and hypocrisy (Catholic universities, for instance, have generally been just as indifferent to the plight of adjuncts as other institutions, despite the church’s strong teachings about justice for workers).

Keenan’s hopeful message is that something can be done, despite the powerful culture of commodification in the United States and the long history of fiefdoms within universities. His touchstone is a statement by New Testament scholar Wayne Meeks: “Making morals means making community.” When institutions explicitly work on developing and implementing moral standards, they improve the quality of their communal life. Reciprocally, genuine communal relationships will strengthen and protect moral standards. It is entirely possible to improve both ethics and community at universities. Those striving to do so should look to two parts of their community for inspiration, says Keenan: first, women faculty, who pioneered attention to structural justice within universities by advocating for equal pay, full respect, and family-friendly policies; and second, development (fund-raising) departments, which tend to embody solid ethical standards owing to their training and structures of oversight.

Keenan concludes his book with a four-page playbook titled, “If I Were a University President.” He recommends that a president appoint a high-level ethics committee with broad representation. The committee should learn everything it can about the university’s ethical culture and then come up with plans for breaking down divisions between university fiefdoms, developing accountability, ferreting out violations, and rewarding ethical behavior. A president should use his or her bully pulpit to support the committee’s mandate, so that the question “But is it ethical?” becomes a standard part of all decision-making at the university.

Creating an ethical culture at the uppermost levels of a university is ideal, but members of a university need not wait on the president. Change can come from many quarters. Students and their parents can ask whether the university truly has the students’ education as its overriding goal. As a professor himself, Keenan calls on tenured faculty members to exercise their right and responsibility to speak out. “We see a good deal, but comment little…. We have plenty of opportunities to raise the right questions at the right time…[and] that right time is now.” All members of a university can start by learning more about their own institution’s policies and practices. “The first step is assuredly to move beyond our own fiefdoms and castes so as to learn about how others are faring in our so-called university community and to work in solidarity with them for greater equity and true community.” And then, “we must take aim at our overall structures.”

Keenan has provided a roadmap for the challenging but necessary work of making a moral community. This matters for everyone who studies or works at a university. It matters for the 65 percent of U.S. students who just graduated from high school and have enrolled in college this fall. It matters for the half a million part-time faculty earning, on average, less than $3,000 per course. The work of making a moral community also matters for American society because, like churches, universities could reclaim their role as moral exemplars. All they have to do is practice what they preach.

Brian Stiltner is chair of the Department of Philosophy, Theology, and Religious Studies at Sacred Heart University in Fairfield, Connecticut. 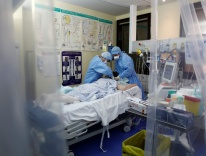